We recall a very old BBC article that had the likes of David Dunn and Neil Mellor in England’s Euro 2008 squad. It’s fair to say that wasn’t very accurate.

This is accuracy. Major props to the writer for calling so many future internationals. This pops up on the back of Belgium’s qualification to the 2014 World Cup in Brazil, where many people have the side going far in the tournament. They’re so good right now that it’s unfair to call them underdogs or dark horses. 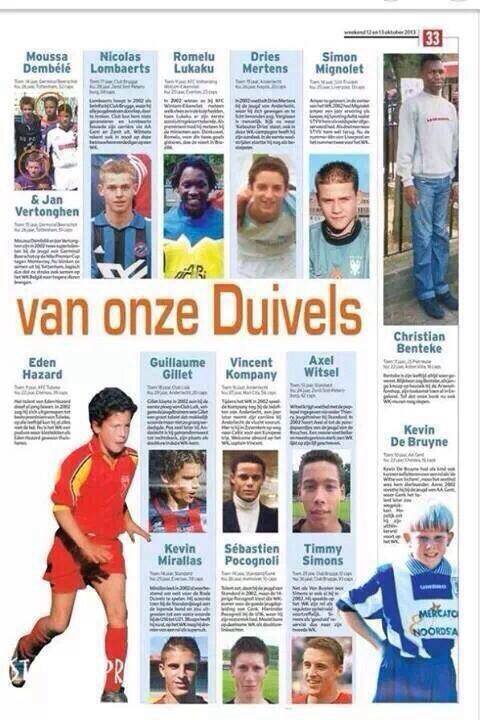