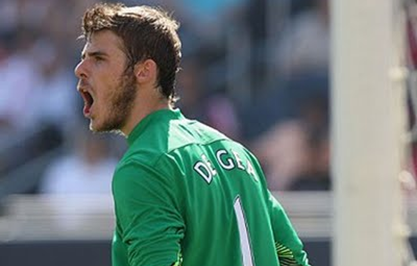 Scapegoat. The person made to bear blame for others. In football, the most commonly used word to rebuttal repeated criticism when constructive argument wears thin.

In some cases, it proves to be justified defence to needlessly harsh views not based around educated analysis. In others, the ‘go-to’ for those who believe supporters should do just that, support, regardless of performances.

Understandable to an extent. Of course, no player goes out with the intention of producing poor performances. For the most part, players are honest professionals, some of which are only relied upon as cover in circumstances whereby first choice options are unavailable.

That said, the Premier League can be an unforgiving league. High pace and intensity is not exclusive to the top clubs. In recent years, the fine lines between european qualification, mid-table obscurity and relegation is what makes it such a tough competition.

There is no room for sentiment. Likability is an added bonus, but the basic requirements are quality and consistency. For this reason, objective analysis and and well-informed criticism is acceptable, in-fact should be encouraged. Mindless abuse however should not.

The latest trend among those with an insatiable need to abuse, enhanced via social networking, particularly twitter, is to directly contact players to let them know in no uncertain terms, how useless they are, and that’s kindly censored to say the least.

There is nothing to be gained by this method of expression, aside from the sender feeling a few seconds satisfaction. It doesn’t help the player. If anything, it paints supporters in a bad light and won’t exactly encourage others to come play for what appears to be hostile support.

Criticism is much different to abuse. It shouldn’t be aimed directly at players either, but there is a place for it and is a good source of discussion and debate among fans. The use of the term scapegoat merely stifles such debate.

As tired a cliche as it may be, football is a game of opinions, and even those with similar views have differences once delving into the intricacies of such things as tactics or players. To claim scapegoat is all too easy an out for those unable or unwilling to counter argue.

Most clubs have the chosen one, sometimes more, who fall into the scapegoat category. To name as few, for Manchester United it is David De Gea. For Arsenal, Per Mertesacker. Chelsea have Fernando Torres and Newcastle United have Jonas Gutierrez.

David De Gea has come under intense scrutiny since his move to Old Trafford. Early nerves and mistakes that came with it seems to have prematurely condemned the young goalkeeper to a career tagged as an accident waiting to happen.

The counter argument of course is that this is an opinion held by those who don’t watch Utd play week-in week-out. David De Gea is seen by some as potentially one of the best in the world. Two very contrasting views, but which is correct?

Chances are, neither. In such scenarios, the truth most likely can be found somewhere in the middle. De Gea is establishing himself as one of the most well-renowned shot-stoppers in Europe. Unorthodox at times, maybe, but effective nonetheless.

One aspect of his game which is no doubt revered by many a player of the same position is his distribution. Whether it be via hand or foot, De Gea has an eye for a quick release, often setting up dangerous counter attacks for his team as a result.

On the other side of the coin, he possesses some rather sizable shortcomings. Initially able to be dismissed as nerves, but still exist. His communication with and command of his defence leaves a lot to be desired, and at this stage, language barrier is no longer a valid excuse.

As well as this, his erratic decision making as regards incoming crosses is enough to make even the most solid of defensive lines uneasy. Occasionally, he looks to be improving, but mostly, appears to be a graduate of the David James school of cross collection.

Next case, Per Mertesacker. Branding as a scapegoat is a recent claim as regards the Arsenal defender, given his first season at The Emirates was unquestionably a disaster. He really struggled to match the pace of the Premier League last season.

This season however, some Arsenal supporters would argue he is much improved, and they would probably be right, but should that alleviate any responsibility and make Mertesacker immune to criticism?

If he was a fresh-faced teenager making the step up to the first team, maybe so, but he is not, far from it. This is a German international centre back with almost 90 caps to his name. If anything, he should be under scrutiny as much as anyone.

The fact is, it wouldn’t have taken much for Mertesacker look better than last season. On face value his performances have improved, but he can be got at by the leagues better players, and adapting his game to make up for lack of pace doesn’t change the fact he’s too slow to excel at a top four club.

Moving further forward, Fernando Torres is almost unquestionably the most criticised player in the Premier League at this moment in time. The standards he set at Liverpool left Torres open to ridicule if the same or better was not achieved at Chelsea.

Most seem to be in agreement that he is a shadow of the player he once was, a view I would tend to agree with, but more interested in the debate as to why than the blanket statement of ‘he’s not very good’ to put it politely.

Injury problems, and playing through them at times, before leaving Liverpool seem to have taken their on the once unstoppable hitman. Consequentially, he seems to have lost that extra yard of pace, more so acceleration, he had over every defender.

As a result, it could be argued that Torres has had to reinvent himself, adapt his game, and add elements such a link-play and teamwork which weren’t required of him when he was the pedestal player for strikers who play off the shoulder of the last man.

When you closely watch him play now, Torres is far from a poor player, and has improved many aspects of his game, so on that basis seems somewhat harshly criticised by some. Unfortunately though, he is judged on goals and they are few and far between.

Lastly we come to Jonas Gutierrez. The reason Jonas gets scapegoat immunity among sections of Newcastle Uniteds support, is on the basis of work rate, and to be fair, he cannot be knocked for that during his time in the Premier League.

Gutierrez is as honest and hard-working a professional as they come. The definition of a team player, providing as much support for his full back as any winger in recent years. Some see that as enough, giving Gutierrez a pass in terms of criticism.

Jonas is however a winger and whilst diligently tracking back is an admirable asset, his main responsibility is to create, provide assists and goals on a consistent basis, and in this regard, he falls short in monumental fashion.

When compared to wingers at top six clubs, a position which Newcastle aspire to consistently find themselves, he just doesn’t make the grade, not even close, and all the hard work in the world cannot make up for consistent shortcomings in terms of end product, not for wingers.

The aforementioned are just a few examples of something that exists at every club ; the supposed scapegoat. On face value, supporters can seems too eager to get on the back of these players when things go wrong, but to assume scapegoat seems dismissive.

Supporters are too invested in their clubs to simply ridicule players for no good reason. Most are also extremely knowledgeable, if not about football in general, certainly about their own club and players. Criticism which crops up time and time again is rarely without substance. It is not as simple as the subject simply not being liked.

There are reasons, and to stifle such debate with claims of scapegoat ruin what makes football so interesting outside that 90 minutes on the pitch – discussion, debate and insight. Opinions should be welcomed regardless of standpoint, once it’s not mindless abuse or disagreeable statements of hostility without anything to back it up.

Those opinions – probably the only ones that should be kept under lock and key, along with the word scapegoat. Football, at least for supporters, would be better off for it.