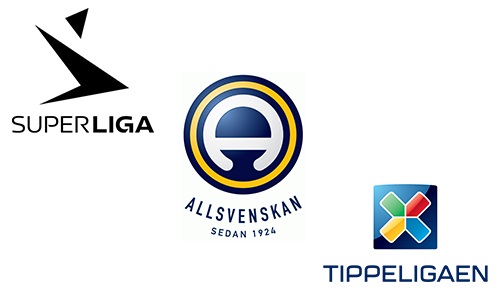 As expected, Ronny Deila’s appointment as the new manager of Celtic dominated the headlines across Europe this week, with the 38-year-old bringing an end to a fantastic six years in charge of Strømsgodset in which he transformed the club from one that struggled to avoid relegation into, arguably, one of the league’s finest forces in recent memory. A wonderful campaign last season ended in the club winning their first Tippeligaen title in 43 years, so it was fitting that Deila would say his farewells to the Strømsgodset faithful in a game against Haugesund, the side that they beat last year to clinch the crown.

Taking Deila’s place in the hot seat is the former København, Wimbledon and Norwich City striker David Nielsen, who was the Norwegian’s assistant coach for the last seven months of his reign in Drammen, and life under the Dane got off to a great start with a 2-1 victory, which was made even better by the winning goal being scored by Martin Ødegaard, the 15-year-old wonderkid hotly tipped for success.

As good as Strømsgodset have been this season, and as good as they are likely to remain over the course of the campaign, they still remain second best to Molde, who are having a fantastic time at the top of the table. They have only lost once so far this season, winning nine of their opening 12 games, and they were victorious again this week, beating Brann 4-2, thanks to a hat-trick scored by 19-year-old Mohamed Elyounoussi, who, alongside Ødegaard, represents an exciting future for the Norwegian national side.

Molde remain five points clear of Strømsgodset, who themselves stay two points ahead of Vålerenga, after the latter side extended their unbeaten run to seven league games by comfortably beating Aalesund, manager Kjetil Rekdal’s former side, 3-0 in Oslo. Whilst Vålerenga enjoy life in third place, Aalesund are struggling near the bottom of the table, which is a stark contrast to last season when they finished in fourth place, just two points shy of a Europa League qualifying spot. Haugesund, who, coincidentally, were the side that finished in that very spot, are suffering a similar fate this season, and their defeat against Strømsgodset leaves them bottom of the table with only seven points, one point behind both Brann and Aalesund.

Much to the annoyance of Haugesund, Brann and Aalesund, who have all only managed to win a maximum of two points in the last month, Sandnes Ulf moved out of the relegation zone and up to 13th place by winning only their second game of the season. The victory – a surprising one, to say the least, that ended 1-0 – came at home to Bodø/Glimt, who before this week had won their last four games in a row after embarking on a great turnaround.

Start, another side struggling on the edge of the relegation zone, also picked up an important three points this weekend, thanks to their 2-1 victory away to Stabæk, who have now lost their last two games in a row after embarking on a three-game winning streak. The game was also notable as it saw Stabæk having to start with an outfield player in goal before substituting him off in the first minute for emergency loan goalkeeper Espen Isaksen, as Norwegian Football Association regulations state that emergency loanees cannot be included in starting line-ups. The odd occurrence was partly Stabæk’s fault, however, as their first-choice goalkeeper Sayouba Mandé is at the World Cup in Brazil with the Ivory Coast team, whilst their 19-year-old back-up Borger Thomas is suspended after receiving a red card in his first appearance for the club last round, and their third choice, Simen Omholt-Jensen, who is also only 19 and let in five goals after going in goal in the wake of Thomas’s sending off against Lillestrøm, was only trusted with a place on Bob Bradley’s bench.

Stabæk’s defeat means that they drop to eighth place at the end of Round 12, equal on points with Lillestrøm, who were beaten 3-1 by Rosenborg. Last year’s runners-up had failed to win in their last three league games, but this week’s victory sends them up to fifth place in the table and relieves some of the pressure on manager Per Joar Hansen, whose head some fans have been calling for after a lacklustre season thus far.

Similarly to Rosenborg, Viking have also been in poor form, despite going unbeaten in their opening nine league games. They are now without a win in their last six clashes, forcing them to slowly slide towards the bottom half of the table. They currently lie in sixth place, equal on points with both Lillestrøm and Stabæk, the latter of whom they face in Stavanger in Round 13, after Sarpsborg 08 held them to a 1-1 draw. The latter side sit four points behind them in 11th place after drawing their last three consecutive games, but they, too, have struggled to pick up wins this season; they have only managed to do so three times, and their last, a narrow 2-1 win at home to Sandnes Ulf, came over a month ago.

Meanwhile, Sogndal are quietly picking up points and slowly moving up the table, and this week saw them hold Odd to a goalless draw in Skien. The western club have avoided defeat in their last five league games, with three of those ending in victories, and now sit in 10th place, just two points behind Bodø/Glimt and three behind Stabæk, Lillestrøm and Viking. As for Odd, they drop behind Vålerenga to fourth place with 21 points, unbeaten in their last four games ahead of their clash away to struggling Brann on Thursday.