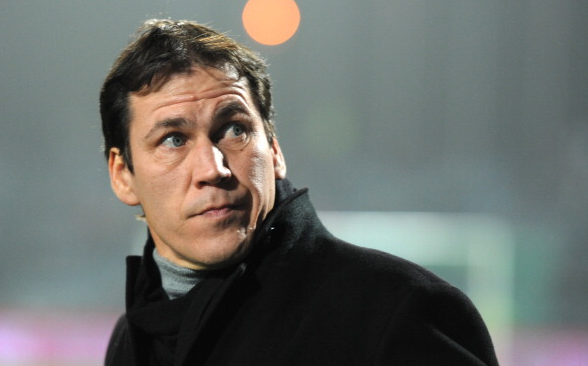 After two successive failed experiments in the Italian capital, Roma look like they may have finally found their man and the coach to lead them to the glory they have been deprived of for too long at the Stadio Olimpico.

Romantic attempts to have an attacking philosophy that the club could live by for many years to come with the appointments of Luis Enrique and Zdenek Zeman but they ultimately proved futile and short-lived spells at the helm.

It was a nice notion from the Giallorossi to attempt to do so but in the end it proved that balancing entertaining football that the fans would want to watch and bringing trophies to Roma was a bridge too far but with the appointment of Rudi Garcia, the early signs are very promising.

They have played four games in Serie A this season and picked up maximum points to perch themselves at the top end of the table and in doing so, have played a style of football that just so happens to extremely easy on the eye.

Perhaps what let down his predecessors in their attempts to achieve this was the choice of player they used to bring them forward and there is no doubt that the ex-Lille boss has put his faith in a much more established and better class of player.

Enrique put his faith in players like Simon Kjaer and Jose Angel who cost him dearly while Zeman chose Panagiotis Tachtsidis over Miralem Pjanic and isolated himself from key players like Daniele De Rossi and Maarten Stekelenburg, decisions which were to come back and cost him.

Garcia though has built a squad of experience and exuberance and a refreshing side to watch where he has not taken the same risks in team selection that the men before him chose to.

Pjanic and De Rossi are back in and forming two-thirds of an incredible midfield trio rounded out by one of Europe’s most promising midfielders in Kevin Strootman who has already shown in his short time in Rome that the hype surrounding him is very much justified.

A settled and experienced goalkeeper has arrived too with Morgan De Sanctis coming in from Napoli and although he certainly has his detractors and there are negatives that come with this man, his jitters in dealing with shots from distance for one, he is a wise custodian for the club to have chosen to out their faith in.

He is also the only goalkeeper in Serie A this season who, after 360 minutes of action, has picked the ball out of his own net just once.

Of course, that is not solely down to his displays but finally Roma look to have a defence in the capital that will not have fans running for cover any time the ball comes close to their backline.

Mehdi Benatia has been an outstanding acquisition from Udinese and is very much a central defender who has sailed under the radar somewhat of some of Europe’s top sides with the Lupi, or wolves when translated to English, managing to tempt him there this summer and he breeds a confidence that can be felt throughout the rest of the team, tough in the tackle and composed on the ball.

Francesco Totti is, well Totti, fresh from signing a new deal although he turns 37 this week but is still class personified and continues to improve every year and is joined in a strong Roma attack by Adem Ljajic, the outstanding prospect that is Alessandro Florenzi as well as Gervinho and Marco Borriello.

Roma’s resurgence is so impressive given that almost four months to the day, supporters were reduced to tears and a gut-wrenching pain having lost the only Coppa Italia final that has ever been played between both of the capital’s clubs.

Now it is full-back Federico Balzaretti who cries, a man heavily criticised for his part in that aforementioned defeat, but he wept heartfelt tears of joy on Sunday in the first meeting between the sides since that day after scoring the opener with a vicious volley before a Ljajic penalty put the icing on the cake.

Roma lived up to what Garcia said of the occasion, stating of the Derby della Capitale that “you do not play a derby, you win a derby” and he duly did so, already endearing himself to his players and the supporters by running across the pitch towards the Curva Sud arm in arm with the players who had given him everything in the 90 minutes which had preceded the celebrations.

Do not forget that Garcia is doing things the hard way in the capital. In the summer, the club’s first choice goalkeeper and Dutch international Stekelenburg departed. He was joined by star defender Marquinhos after PSG made an offer too good to refuse as did Tottenham for the jewel in the Roma crown, Erik Lamela, who is one of world football’s biggest talents and top scorer Pablo Osvaldo.

That, coupled with continued supporter demonstrations throughout the summer against the club for daring to lose that final which Lazio fans have continued to remind Roma is “a day you will never forget, it is always on your skin” was hardly ideal preparation for a first season in a new country and at a club with big expectations.

Yet Garcia has managed all of this with grace and class so far and his side have reflected this, looking exceptional in their rise up the table and he already feels more than welcome there, saying after the Lazio clash: “From now on, I am one of you. I am a Romanista.”