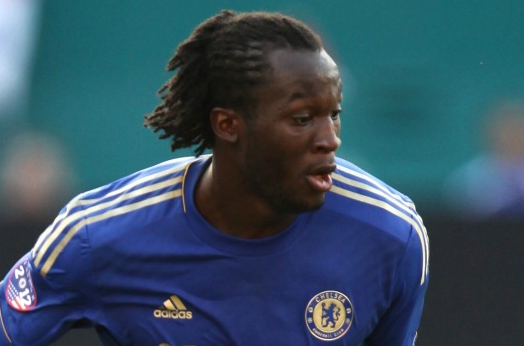 Romelu Lukaku’s future at Chelsea appears positive on the surface but all of that could be changed at the end of the season when a new manager comes in to replace Rafael Benitez.

Lukaku is on a loan deal at West Brom where he has been enhancing his first team experience and playing some very solid football in the process.

For a young man, he seems to have a lot of maturity beyond his years and has urged Chelsea to let him stay with West Brom for another season, unless they are going to use him regularly in the 2013/2014 Premier League season.

The man who does become the new boss at Chelsea may look at Lukaku in two very different ways; as someone who could come in and add an extra element to the attack or someone who doesn’t guarantee the goals the club is lacking at the moment.

If it’s the latter than he’ll more than likely extend his loan deal with West Brom, which seems to be what he wants. The pressure will then be on him to improve on his record of 13 football goals in 26 matches for West Brom so far this season.

If he’s brought back to the club then he could do a Didier Drogba style job in the first team because of his pace, size and strength but that depends a lot on the formation and system that the new manager uses.

He’s making all of the right noises for Chelsea officials and fans at the moment, stating that he wants to become a Chelsea legend over a long period of time, rather than have a quick one or two seasons at the club before being flogged on.

He’s still a teenager at 19-years-old so there is no need for Chelsea to rush things and there are several reasons to stick with him. An extended loan deal means they don’t lose out on him and he gets to play regular football, which is not something that Chelsea may be able to offer him yet.

He’s certainly not going to get in front of Demba Ba in the pecking order at the club and he’s unlikely to play alongside him because Chelsea are not a side that seem to favour playing two strikers up top.

Lukaku’s ability to hit the back of the net consistently will tempt the club to bring him back but there is a very good chance that the club will add up front over the summer via the transfer window.

If that’s the case then Lukaku could be even further down the pecking order so he deserves the chance to prove why he should be one of the first choice forwards on his return to the club.

It all depends on the manager that Chelsea appoint this summer because it’s ultimately the manager’s decision over whether he is going to be used in the first team or left where he is.

Lukaku is a very promising young Premier League striker and there is no point in Chelsea selling him when they don’t have to. It’s an investment and one they need to protect by keeping the player happy and only taking him back to Stamford Bridge when he has a role to play.