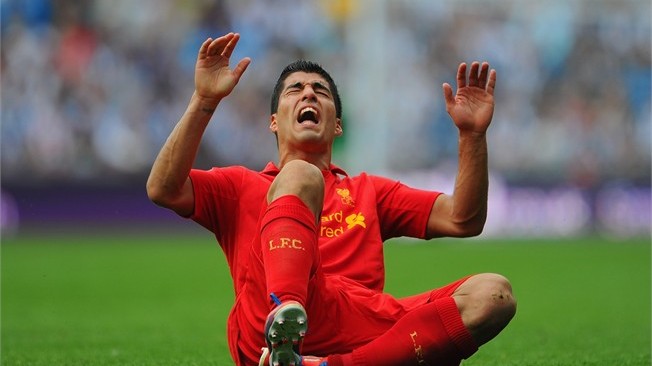 Despite huge levels of pre-season expectation and hope, Brendan Rodgers and Liverpool FC’s season has begun in the worst way possible after West Brom inflicted a 3-0 defeat upon the Reds in the opening game of the season.

Going into the game the ex-Swansea boss would have wanted a minimum of a draw to start his campaign in earnest. However, lethargic play, naive player selection and an opponent who did not read the script all combined to leave Rodgers and Liverpool under severe pressure right from the off and facing a huge uphill battle to finish in the top six come May.

The result, Liverpool’s worst opening day defeat since 1937, a 6-1 defeat to Chelsea, came thanks to defensive errors through undisciplined marking, lackadaisical play across midfield and defence, questionable team selection from Rodgers and poor finishing from Luis Suarez.

So despite a summer of sweeping changes it was a real case of “the more things change the more they stay the same” for the Reds.

West Brom forced the early pace as a nervous looking Liverpool, sporting a 4-2-3-1 formation, settled into the game. But with new signing Joe Allen pulling the strings in midfield the Reds began to put the Rodgers passing game into play and were actually the better team for long periods, if not the more dangerous.

The reason for Liverpool’s lack of bite up front was Luis Suarez.

Time after time the Uruguayan international, who recently signed a new long term contract, was able to dribble his way into superb goal-scoring positions but his profligate finishing meant the scores stayed level at each and every opportunity.

Suarez, as a player, has an incredible skill set and is gifted with an extraordinary ability to wriggle past a huge number of opponents in tights spaces before working out angles for shots or passes.

However, at the highest level and in the tightest of games, his finishing is below the required level at a club of the stature of Liverpool FC and this can be reflected in his current tally of 18 goals from 54 games.

With Suarez struggling for goals, despite arguably being the best player on the pitch, leadership and inspiration was going to have to come from somewhere else if the Reds were going to win this game.

Unfortunately, Lucas, new signing Allen and Steven Gerrard in central midfield were being out-battled by the superb Youssouf Mulumbu while defensive pairing Daniel Agger and Martin Skrtel were being a torrid time by Shane Long.

Much has been made of the famous Barcelona six-second rule over the summer and how Brendan Rodgers was going to impose this upon his new charges. But when push came to shove it was the ex Liverpool coaches team that embodied the work-rate and desire needed to succeed at the highest level in the Premier League.

Steve Clarke was fired by Fenway Sports Group alongside Kenny Dalglish at the end of last season.

When given the chance Clarke’s team closed Liverpool down very quickly and most often at the back and it was here that much of Liverpool’s game came apart.

Rodgers, one of the highest rated coaches in England after his incredible two seasons with Swansea City, made two cardinal errors in his team selection to face West Brom.

The first was in selecting Glen Johnson at left back when the player is clearly uncomfortable with the ball on his left foot and as a result when he was closed down quickly he either gave the ball away cheaply or was forced inside where other Liverpool players were placed under pressure.

The second was a very similar move whereby Stewart Downing, a left sided player of average ability, was played on the right hand side of midfield. This selection immediately rendered the English international as an impotent force as he could never work the space to cross the ball in with his right foot and when he too was also forced inside he ran into trouble and a waiting West Brom ambush.

West Brom, for their part, well deserved their win despite Rodgers saying differently after the game.

Rodgers has a huge task on his hands in judging Liverpool after this game. The Reds were very, very poor and allowed West Brom to dictate the game for huge sections.

They were also poor in general defensive positioning, particularly from set-pieces, and overall they allowed their opponents far too much space to play.

The new Liverpool’s manager’s style is most reminiscent of Arsene Wenger’s style at Arsenal and in thoroughly dependent upon a fundamental belief in their system and their passing ability to create chances and win games.

However, when this style, one of the toughest to teach or learn, fails it becomes incumbent upon the team to defend as a whole together and this is something Liverpool did not do well against West Brom.

And this is most worrying.

Defending as a team is one of the most basic tenets of the game and each and every top class coach organises this part of his team before any other. The foundation for defence, as well as attacking, is work-rate and in this aspect Liverpool were found wanting.

The first goal came from poor marking at the edge of the box following a fourth West Brom corner of the first half. Rodgers, curiously, allowed his team to leave Zoltan Gera on the edge of the box all by himself and in acres of space and when he picked the ball up following a poor headed clearance there was only one thing on his mind as several Liverpool players tried to charge him down.

The end result was a thunderous half-volley giving the Baggies the lead right on the stroke of half time.

One would have felt that Rodgers may have changed things slightly at during the interval but if anything Liverpool seemed to come out far too relaxed and once again they allowed West Brom to dictate the tempo of the game.

Sensing blood, Steve Clarke’s team went about the business expertly and exposed the Liverpool central defensive partnership’s lack of pace as Shane Long raced clear only for Daniel Agger to nudge the Irish international in the back as the pair entered the box.

Agger rightly saw red for his lazy defending but Long missed a truly dreadful penalty. However, mere seconds later Martin Skrtel was also found guilty of terrible defending as he dallied on the ball in the box. Long raced in and dispossessed the Slovakian international who then tripped the Irish man for a second penalty in two minutes. And the second goal as Peter Odemwengie fired home.

This goal took the life out of the Reds and you could visibly see their heads fall and when West Brom extended their lead to 3-0 it was no surprise.

In the end Liverpool’s players walked off the pitch with a resigned look on their faces.

If things do not radically improve, especially with Liverpool facing a very tough fixture list between now and November, we could be seeing that resigned look on Brendan Rodgers’ face. In more ways than one.