The latest Concave Aura+ was released earlier this year, and Back Page Football was lucky enough to be given the opportunity to put the new model through its paces over the past few weeks.

For those not familiar with Concave, the company has offices in both the United Kingdom (Manchester) and Australia (Melbourne) and distributes to most of the world’s major markets, including the United States, Europe and Japan. 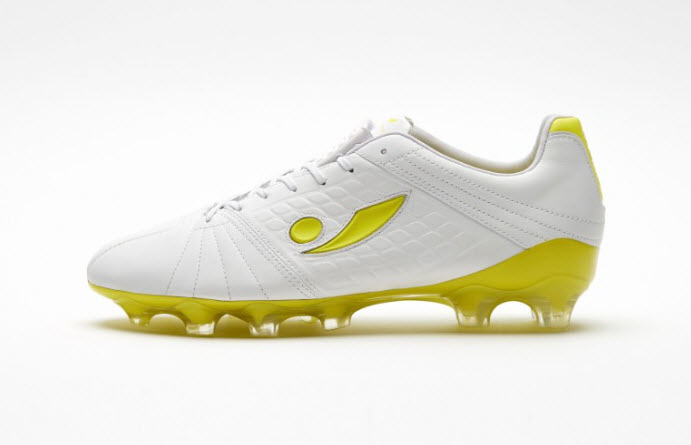 Worn by the likes of DeMarcus Beasley (Houston Dynamo), Vito Mannone (Reading) and RJ Allen (Orlando City), the brand has continued to make strides in the round ball game since John O’Shea became the first Premier League player to don their boots in 2009.

Part of the ‘Neon Surge Pack’, the Aura+ that we were given the pleasure of testing is described as “a classic boot with a hint of modern technology”.

Available in white with a neon logo, trim and sole, the first thing that strikes you about the Aura+ is Concave’s unique selling point – the PowerStrike Technology which is located at the top of the instep.

The idea here is that the concave-shaped pad provides a larger surface area of contact and a larger sweetspot when striking through the ball, generating more power and accuracy.

Indeed, Concave state the PowerStrike Technology will increase the power generated by 15%, a difference maker for any player.

A secondary benefit to the PowerStrike Technology is the extra foot protection it offers for players who may be fond of a tough 50/50 challenge! 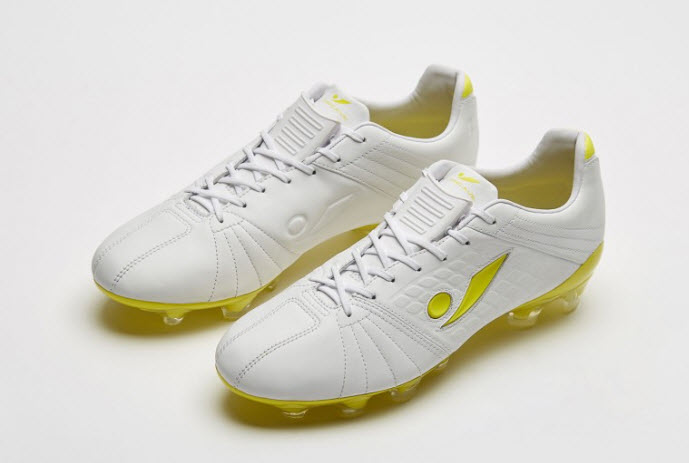 It’s hard to argue with their claim about stability as the boots are great on the turn, possibly something to do with their sleek and narrow fit (definitely try before you buy If you have a wide foot).

The boot’s upper is a combination of leather and microfibre, and it was instantly comfortable around the Achilles area upon first wear; other boots can rub and cause blisters until they’ve been worn in but there were no such problems here.

The leather is also very soft wears and after three or four uses it starts to mould nicely to the shape of your foot. 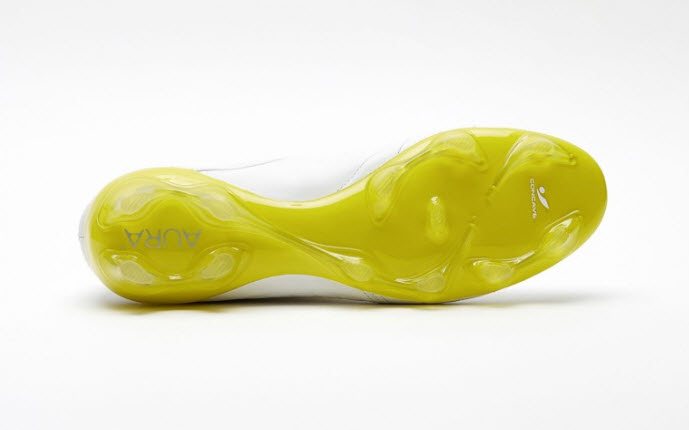 On the downside, and it is a common issue with many top range boots, the insole is wafer thin and if you are wearing them on a hard surface, as tends to be case with the firm ground option, you risk developing shin splints.

However, that can be easily resolved by removing the standard insole and replacing it with a more shapely gel option.

Often there can be an air of scepticism when it comes to trying something a bit different in terms footwear but a few training sessions wearing the Concave Aura+ will leave you in no doubt that they are a boot worth having.

If you are in the market for a clean, functional boot then you don’t need to look much further than the Concave Aura+ which is priced at £139.99 in the UK store (approximately €160).

To get your hands on the Concave Aura+ or any other boots from the extensive range on offer, simply head to the Concave website.

Clean, clinical. Get the AURA+ now via the link in our bio. #NeonSurgePack