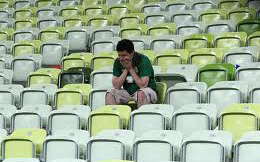 If you haven’t already caught the other two editions of this series where I touched on Ireland’s future defenders and goalkeepers, and indeed discussed our potential midfield replacements for the aging Keith Andrews and Glenn Whelan – make sure you give them a read.

Tonight, we’ll have a brief look at what forwards will hopefully wear the Irish jersey for years to come, and indeed score the goals that will bring us to future European Championships and World Cups.

Many supporters are worried that we don’t really have any striker coming through the ranks that can score a consistent amount of goals like a certain Robbie Keane – in his younger years at least.
While this assumption may indeed be quite close to the truth, fortunately there are strikers out there that happen to be very decent goalscorers, and most certainly deserve a place in our starting 11. 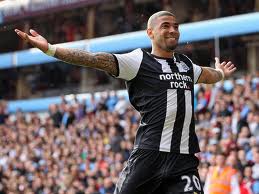 When Leon Best regained fitness towards the end of last season, he called Giovani to tell him that he would be fit for the international stage with Ireland. His calls went straight to voicemail, and never received any reply. As we all know, Leon didn’t get a call-up to the EURO2012 squad and since then, joined Blackburn Rovers for £3m.
He didn’t join Blacburn because he is only worthy of starting for a Championship team – he joined Steve Kean’s side because a certain duo of Papiss Cissé and Demba Ba stood in his way of making the CF position at St.James’ Park his own. Add to that the ever-present Shola Ameobi and you’ve quite a battle on your hands to make the starting 11 week in week out. Any time Leon got a chance in the team he always gave a great account and has a very good goals to game ratio in a Black and White shirt.
He has played under Trap a couple of times before and looked decent so we assume he cannot be too far off a future call-up – hopefully he’ll be given a chance to show what he can do in the upcoming friendlies and indeed the World Cup 2014 Qualifiers. If you give him service, he’ll score goals that’s for sure. 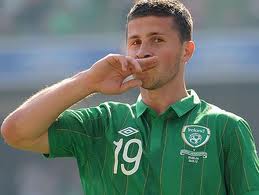 West Brom’s Shane Long is another player that should really start for the Republic of Ireland. Any time I watch West Brom, Long looks lively and is a constant goal threat. In our EURO2012 qualifying campaign he didn’t get very much playing time, but did manage a couple of goals – including one against Russia at the Aviva.
He’s quick off the mark and causes big problems for CB’s with his direct running – something that can’t be said for Robbie Keane. If we are to put it up to the likes of Germany or Sweden in the upcoming campaign we need to offer something dynamic up front, and cannot afford to pack up shop and hope for the best. We all saw what happened to Greece against Germany in Poland when they tried to use the method of containment, and that will happen to Ireland if we continue to adapt the ‘hoof and regroup’ style. If you provide Long will half decent service both in the air and on the ground – he’ll put away the majority of the chances you create for him, and as a team, we’ll certainly need to be clinical in the qualifiers.

The same case can be argued for Jon Walters who offers a very physical presence in the team. If you knock the ball into the air in his direction there’s little chance any defender is going to beat him to him.
We saw it against Spain when he came on – he absolutely dominated in the air.
There will be games when things just won’t be going right, and Walters is the type of player who could get that flick on to be put either Long or Best or even Keane in for a potentially decisive goal.

Jon Walters isn’t someone you want to leave out the squad, let’s put it that way.
Would I start him? Maybe, but not in every game. There are certain games in which he’d thrive, and other matches where he would make a very forlorn figure up front – it’s all about playing him to his strengths, in the right type of game.

Between Long, Best, Keane and even Doyle (who I haven’t mentioned because he wouldn’t rival any of those for a starting role in my book, certainly not at the minute) – there’s definitely goals in them, they just need some assistance from midfield which hasn’t been present for the last three years.

Need we worry about the state of our forward line?
Absolutely not, as I’ve mentioned above, any of those fellas paired together have enough in them to fire Ireland to victory; we just need our midfield to help out more.

Can we make it to the 2014 WC?
Of course we can, but we need a massive change in mentality on the managements part. We need to try play football, and create multiple chances a game. Forget about trying to maintain our ‘formidable’ goals conceded record in the group stages – we have to go out and score first and foremost.
I’d much rather lose to Germany 2-3 than go out without a whimper in a 0-1 defeat, what about you?

If we don’t try to attack these sides in our group, we won’t even grab the play-off spot.
More importantly: if we don’t change our forward line then we’re in for an extremely disappointing WC qualifying campaign, yet again. Do the right thing Trap – experiment.

Words from freelance football writer, Kevin Doocey. You can check out his Newcastle United Blog and follow him on Twitter @KevinDoocey if that’s your thing!

One thought on “Republic of Ireland: It’s not all doom and gloom – Part 3”