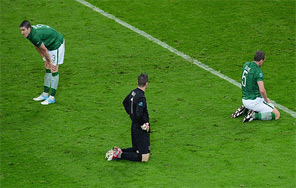 When Ireland conceded their first goal of the tournament, just three minutes into their opening game against Croatia, you knew that we’d see that clip in Reeling in the Years for years to come.
An awful goal to let in so early on, and the beginning of what was to be an extremely underwhelming EURO2012 campaign.
In the following two games we were yet again outplayed; outpaced; out-passed and inevitably: outclassed. The average side we had brought out to Poland, and the lame tactics that came with it, were well and truly put on a pedestal for the rest of Europe to see. Fans aside, it wasn’t pretty – far from it.

Football in Ireland needs a major revamp at all levels.

There needs to be more concentration on our own football, ie. the Airtricity League. Saying that, I hold my hands up and confess that I rarely ever watch domestic football, and at the minute, would rather watch a nPower Championship match-up, than sit down to 90 minutes between the likes of Derry City & UCD. However, I’m open to change, and there’s plenty others like me. With that said, changes need to come from the top before they take effect at the bottom.

Anyway, with that aside, our lamentable performances in Poland brings with it, some positives aspects.

We need a change of tactics, and of personnel – hopefully a matter which will be addressed before the start of our World Cup 2014 Qualifying Campaign in just a few months time.

Below are some of Ireland’s best prospects that Europe did not get to see in action, in Poznan or Gdask. Maybe some of them weren’t ready for the big stage just yet, perhaps they never stood a chance with Giovani in charge, and fair enough: the manager wanted to stick with the same squad that brought the country to the tournament.

Since we’re back to where we started, Ireland needs to experiment and find their best 11, not their favoured 11.

Shay Given didn’t have the best of tournaments and perhaps just doesn’t have the sharpness that is required for the international stage anymore. We can’t fault him for our showing at EURO2012 nor can we fault him for anything at all as he’s been a phenomenal servant to both club and country, but maybe we need to look at our options when it comes to picking the man between the posts. 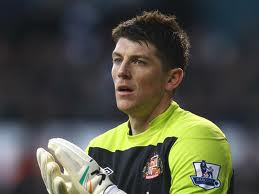 Young Keifren Westwood is a very good keeper that has been Shay Given’s understudy for some time now. At 27 years of age, he needs to be involved more and get a feel for the international scene. He’s a tall lad – taller than Shay – and is highly thought of at Sunderland. He is second in line to Belgium’s Simon Mignolet on Wearside. However, I think the time has come to give him a chance in a Republic of Ireland jersey.
While Shay Given probably has the #1 jersey until he feels fit to hand it over – at the age of 36 years of age, naturally enough, he doesn’t have the same agility/ability he once had. It’s time to look to the future.

Why Seamus Coleman didn’t make Trap’s final squad I’ll never know. A top Premier League prospect hailing from Shay Given’s native Donegal – he offers pace down the right hand side and and attacking outlet. If you watched any of Everton’s Premier League’s campaign in the last couple of seasons you would have noticed Coleman and his workrate. He’s not afraid to get stuck in nor is he shy of getting forward and running at the oppositions full-back. He is something to be excited about and Trap surely has no other option but to include him and start him for the upcoming qualifiers. 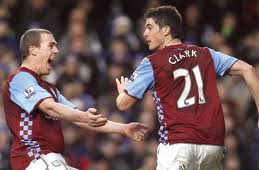 One man who would have not only made my Euro 2012 Squad, but started at left-back for our games against Croatia, Spain and Italy is a certain Ciaran Clark. An integral part at Aston Villa last season he showed his credentials with one of many great displays including the winning goal against Chelsea at Stamford Bridge. A very delicate header in the dying moments – if you haven’t watched it, check it out. Composure is what we require at LB for Ireland, and certainly do not have that with Stephen Ward. It’s time to give Clark a chance. 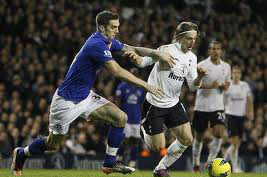 Another Evertonian in the shape of Shane Duffy is a hot prospect for the future and is held in high regard by none else than David Moyes himself. Assured on the ball, and potent in the air – the time has come to blend this guy into the international side. He has already got some playing time with Ireland, but he is our future starting CB and with that needs to play more regularly. Richard Dunne isn’t going to get any better and let’s be honest; he won’t feature in Brazil in 2014 should we get there.
Time for youth.

These are just four players than I personally want to see involved before the World Cup qualifying starts. Duffy perhaps doesn’t stand a chance – under Trap – in being handed playing time in the competitive fixtures but for the others including Clarke and Coleman – there’s absolutely no reason why these guys shouldn’t be in the first eleven.

It it all good and well picking the players you’d like to see play, but we need serious changes before qualifying starts and I think we realise this. Our system needs changing and we have to start playing football in order to stand a chance of getting to South America for the worlds biggest footballing event.

What do you folks think? Comments welcome.

This is the first part in a three part series on Ireland’s World Cup 2014 Qualifying Squad Hopes by freelance football writer Kevin Doocey. You can check out his Newcastle United Blog and follow him on Twitter @KevinDoocey

5 thoughts on “Republic of Ireland: It’s not all doom and gloom – Part 1”