Arsenal boss Arsene Wenger could be tempted to swap club management for the international stage, but England would have to wait to get their man.

The Frenchman has been in charge at Arsenal for two decades but is about to enter the final season of his existing deal with the club and ticks the right boxes for the Football Association (FA).

Both The Times and The Daily suggest that the FA would be prepared to wait until around this time next to appoint Wenger into the hot seat, with an interim manager holding the fort until then.

For such an important decision, we are prepared to wait. If someone was coming to the end of their contract at the end of the season then waiting is a possibility.

Of course, if you said, this person is an absolute shoo-in, can you wait, then we are well placed with an interim solution.

Wenger, who turns 67 later this year, has won three Premier League titles with Arsenal, but none since the 2003/04 campaign.

He has also guided them to six FA Cup and Community Shield wins and is a three-time Premier League Manager of the Season. 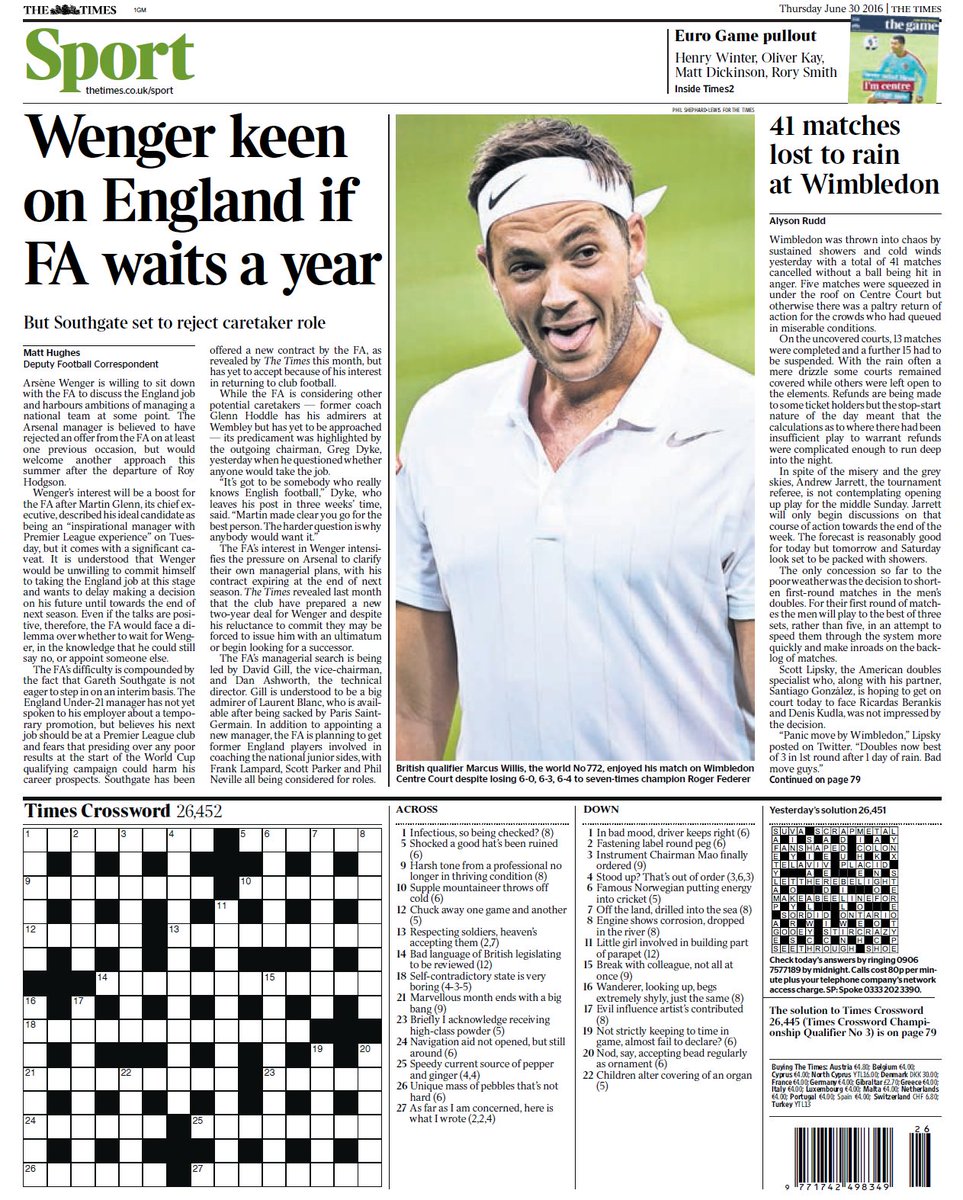