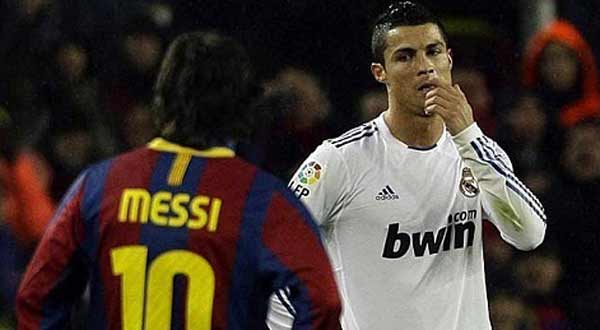 From 1955-1969, Real Madrid became the most successful football team of all-time: winning eight La Liga titles and five European Cups. Their record haul was won in style, particularly under manager Miguel Muñoz from 1960, and the team contained some of the best players in the world like José Santamaría, Pirri, Amancio Amaro, Francisco Gento, Alfredo Di Stéfano and Ferenc Puskás.

Over forty years later, the balance of power in world football has dramatically shifted towards Barcelona who remarkably, before the modern era, never had the sustained and consistent success that Madrid had. Now, with their potent mix of scintillating yet winning football, Barcelona have consigned Madrid to the shadow that for so long, they once occupied.

In appointing José  Mourinho in the summer of 2010, club president Florentino Pérez finally realised that in order to regain their mantle as the world’s biggest club, patience, stability, teamwork and an emphasis on defence as much as attack were going to have to be necessities. After all, in his first presidency from 2000-2006, Pérez employed six different managers and there was the unjustified and unforgivable sacking of one of the club’s most successful managers of all time: Vicente del Bosque. Added to this was Pérez’s meddling in transfers, which led to brilliant yet seemingly ‘unmarketable’ talents like Samuel Eto’o, Claude Makélelé and Esteban Cambiasso leaving the club. From this, the predominantly flawed Galáctico policy and the insistence that players were selected based on reputations rather than form, such as an out-of-form Raúl being picked ahead of Michael Owen in 2004/2005, led to an unstable and inconsistent first presidency for Pérez with a paltry return of two league titles and one European Cup in six seasons.

Pérez‘s return in the summer of 2010, amid the fanfare at the arrival of the second era of Galácticos and the appointment of what seemed a weak and short-term managerial appointment in Manuel Pellegrini, suggested that the Spaniard had learnt little from his previous mistakes. The nature of modern day football meant that it was very unlikely a successful team could be moulded on the back of selected spending. Coupled with this was the chaotic and overcrowded structure of egos with outspoken former player and manager Jorge Valdano being kept on as sporting director. Blinkered, Pérez’s spending resulted in the unnecessary glamour signings of Karim Benzema and Káka – despite the fact that Madrid already had a hungry, consistent and proven goalscorer in Gonzalo Higuain and established creative outlets in Rafael van der Vaart and Wesley Sneijder. Pérez’s signings resulted in van der Vaart being used as a squad player while Sneijder was sold to Inter that summer.

While Xabi Alonso was signed as a direct replacement for Sneijder, Madrid’s defence badly needed the investment that was afforded to their attacking areas. A defence comprising of Alvaro Arbeloa, Pepe, Raúl Albiol and Sergio Ramos lacked the collective discipline, maturity and leadership to be the successful foundations of a title-winning team. Added to this was the pressure imposed upon Pellegrini to win in style, while also marshalling a dressing room full of dominant personalities. Pellegrini had never dealt with so many stars and the reality was that Barcelona, who were reinvigorated under Pep Guardiola, had the tactical balance, work ethic and united pride in the shirt that Madrid, under Pellegrini, lacked. While Madrid did score an incredible 102 goals and finished just three points off Barça in 2009/2010, they were embarrassed by both Lyon and Alcoron in the Champions League and Copa del Rey respectively. Pellegrini was sacked.

Mourinho is used to the challenge of leapfrogging fierce club rivals, as was seen at his spells with Porto (won the Portuguese title ahead of Benfica in 2003 and 2004) and Chelsea (finished above Arsenal and Manchester United in 2005 and 2006 respectively to win the Premier League). Also, in appointing Mourinho, Pérez finally saw past what had become Madrid’s expired and deluded image of itself as the best club in the world – despite the fact they had not won a major trophy for three seasons and had not reached the quarter-finals of the Champions League since 2004. Even though Mourinho was a proven winner, the fact that Madrid’s footballing philosophy was compromised meant that this was one of the boldest managerial appointments in the club’s history.

Mourinho spent €75 million but unlike Pellegrini’s regime, where Pérez and Valdano handled transfers and sanctioned the signings of commercial assets, the money was spent more wisely and the signings clearly had Mourinho’s signature. Ricardo Carvalho finally gave Madrid the defensive maturity and  solidity that they had been missing since Fabio Cannavaro left the club in 2009. An emphasis was placed on youth too with Sami Khedira (24), who gives the midfield balance and energy; Ángel di María (23), who lessens the dependence on the right flank and on Cristiano Ronaldo; and Mesut Özil (22), who provides an unrivalled creative outlet in the final third. Pedro León (24) and Sergio Canales (20) were brought it on smaller fees and it remains to be seen whether they will be given the chance to fulfil their potential as there are a host of internationals ahead of them in the pecking order.

While on paper this season may seem disappointing for Madrid, there has been obvious progression. Remarkably, this has come in spite of the brutal 5-0 defeat by Barcelona in November, which finally confirmed that Madrid could not match Barça with an attacking style of football. However, Madrid have not looked back. The Copa del Rey victory over Barcelona proved that Barça were not invincbile and that Mourinho’s style of football would continue to pay dividends. Although Mourinho pushed this too far in the Champions League El Clasicos against Barça, lessons will be learnt – just like they were in November. From that thrashing in November, Madrid’s players’ growth in defensive organisation, tactical roles and player responsibility have been dramatic and Mourinho’s take on the 4-2-3-1 has served Madrid brilliantly.

Solidity has now become a hallmark of Madrid, under Mourinho, with the reliable central defensive partnership of Pepe and Carvalho, who are both adept footballers and who give Madrid an important attacking outlet from the back. This brilliantly compliments the defensive midfield pairing of Alonso and Khedira, who retain vital possession, start most of Madrid’s phased attacks and provide the ammunition for Ronaldo et al. By starting Marcelo instead of Arbeloa, on the opposite flank to Sergio Ramos, Madrid now have two potent threats on the overlap to compliment the natural width that di Maria and Cristiano Ronaldo give them. This is a huge contrast to Pellegrini’s unnatural use of Esteban Granero/Kaká on the left flank, who rarely had the aid and overlap of Arbeloa.

In putting his faith in Özil and Higuain, Mourinho has shown he will not be pressured into picking players based purely on reputation. Benzema’s extended run in the team coincided with Higuain’s knee injury while Kaká, even when briefly fit this season, rarely featured. This shift in the Galáctico policy was epitomised in the signing of Emmanuel Adebayor on loan from Manchester City in January 2011. Higuain’s injury had left Madrid with only one fit striker: the unfancied Benzema. Mourinho clashed with Valdano over the signing of Adebayor and the pair fell out when Pérez granted Mourinho’s request. From this, it led to Valdano’s sacking on 25 May and it seems that Madrid, for one of the few times in its modern history, will not have a middle man between president and manager.

With stability and support behind Mourinho and plans to continue his style of purchases, as seen in the signings of Nuri Sahin, Hamit Altintop and Jose Maria Callejon, Mourinho’s Madrid will certainly provide a sterner test to Barcelona and in the process, try and prevent Guardiola’s ‘Dream Team’ from inadvertently emulating Madrid’s 20th century dynasty.