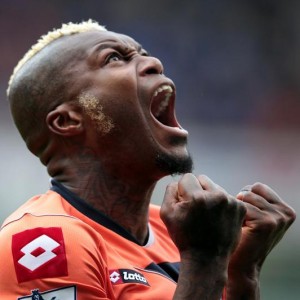 With just four games to go in what has been a scintillating Premier League campaign, Mark Hughes and his QPR side languish just above the relegation zone, a mere two points off Bolton Wanderers who happen to have a game in hand.

It was all smiles at Loftus Road on Wednesday last after Hughes’ men secured a vital three points, beating one of the surprise packages of the season in Swansea City. For Swansea, survival is all but guaranteed after a really impressive first outing in the Premier League. The grim reality of it all for QPR however, still lingers in the minds of their supporters, the players, and most definitely, the board.

What Queens Park Rangers have attempted on their return to the Premier League could be seen as brave and adventurous by some, but for me and many others – it was a gamble of the highest proportions. The stakes really increased in the New Year, when Neil Warnock was shown the door after doing a brilliant job bringing them up, and indeed setting them up nicely for a tussle for survival to May.

Mark Hughes was appointed in January and put his own stamp on the team – signing no fewer than six new players. Journeyman Djibril Cissé arrived, alongside Nedum Onuoha, Bobby Zamora, and Taye Taiwo to name but a few. For any neutral fan like myself, it certainly raised some eyebrows. Particularly, the rumoured wages that the London side were paying – £70,000 or more for Joey Barton since August, £80,000 for Onuoha if reports are believed, and one can only hazard a guess what wage-packet Bobby Zamora and Djibril Cissé pick-up every week.

Only newly promoted, with a squad that certainly does not fit the ‘young and up & coming’ category and paying mind-boggling fees for more than average players. This is without doubt, a recipe for disaster – both on the field, and in the books. If ever there was a gamble, this is it. Being a Newcastle United fan, I know how tough things can be and we were in a similar position in 2009, a season which ultimately ended in disappointing relegation.

We needed to unload high-earners and concentrate on promotion. We did manage to rid ourselves of some expensive ‘starlets’ such as Michael Owen, Damien Duff, Mark Viduka, and Obafemi Martins but we also took a gamble on keeping Fabio Coloccini, Jose Enrique, Joey Barton, Kevin Nolan and Jonas Gutierrez. It was a gamble which paid off in the end, as we were promoted back to the Premier league instantly, and have since established ourselves as a Premier League club again.

Without sounding blunt, I cannot see things panning out for QPR like they did for NUFC. According to the bookmakers, out of the contenders QPR are not expected to go down , but I can’t see them picking up too many points from their remaining fixtures. With Spurs, Chelsea, Manchester City and Stoke all left to play, fans will be praying that the Hoops really do produce something Super.

The nPower Championship beckons for Joey Barton and co. in my eyes, but of course you might disagree totally. If you do, we would love to hear it. Can the R’s avoid the drop?