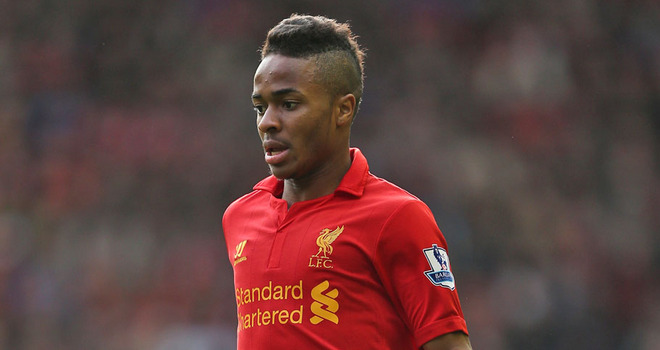 Raheem Sterling’s emergence at Liverpool has been one of the big (good news) stories of the season so far. However, it now appears the club may struggle to keep hold of their 17-year old prodigy as reports suggest that the youngster may be about to turn down a five-year deal worth £15,000 per week.

It is believed that whilst the two parties are still in early stages of negotiation a contract offer by the club is set to be made soon. With the wage offer at it’s current level though Sterling will reportedly turn down the offer with much higher wages per week wanted by the youngster and his advisors.

The club has in fact been approached regarding these reports however they have declined to comment on the situation neither confirming nor denying any speculation.

This all comes after boss Brendan Rodgers made it clear that Sterling’s promising start to his career with the club would not instantly mean he warrants a large contract deal. Rodgers himself has been keen to closely manage the progress of the winger employing a ‘tough love’ stance which so far appears to be aiding the youngster well.

Therefore if the reports regarding Sterling’s demands for a bumper contract are true then Rodgers is likely to be unhappy with the player he wants to ensure does not follow the path of many players who fail to live up to expectations following some strong performances.

Sterling, who turns 18 in December can expect to have a number of suitors if he does decide to not sign a long term deal with the Merseyside club with Tottenham having shown an interest in the winger towards the end of last season.

Whilst performances on the pitch have not been the strongest so far this season Sterling is one of the bright sparks about this current Liverpool side that Rodgers is building and if they were to lose him it would be considered a major loss. However the club and fans understand that no player is bigger than the club and Sterling will certainly be no exception.

The club have so far been very successful in ensuring they sign up key players to new deals with Luis Suarez, Daniel Agger and Martin Skrtel all recently signing new long term contracts as well as another Academy sensation in Suso. With this in mind even if they are unable to secure Sterling’s signature yet it is likely they will eventually reach a compromise if wages are the issue.

The best thing Sterling can do right now is to continue to impress on the field rather than start demanding things from the club that has given him the chance to prove himself as one of the best young talents in the league. Before this season he was yet to be capped at under-21 level for England yet now he is being considered for the senior squad this would not have come to fruition if Rodgers and Liverpool had not shown faith in him.

Any news regarding Sterling’s future is going to be met with huge anticipation by Liverpool fans who will be desperate for the latest darling of the Kop not to slip from their grasp. Of course it is undeniable that he has the potential to become a Premier League star however whether potential means he deserves the contract he reportedly craves is highly debatable although some may consider it foolish to risk losing such a talent over trivial aspects such as wages especially when the club is paying in excess of £100,000 a week to a certain fringe player.

4 thoughts on “Pushing for pounds, Sterling”