To coincide with the European Championships in France, PUMA has released its King Top in four special edition colourways.

A Parisian version has a traditional navy blue colourway with white formstrip in homage to the flamboyant French capital, while the Bordeaux city King Top is an elegant ‘Bordeaux’, inspired by the colours of this famous wine region. 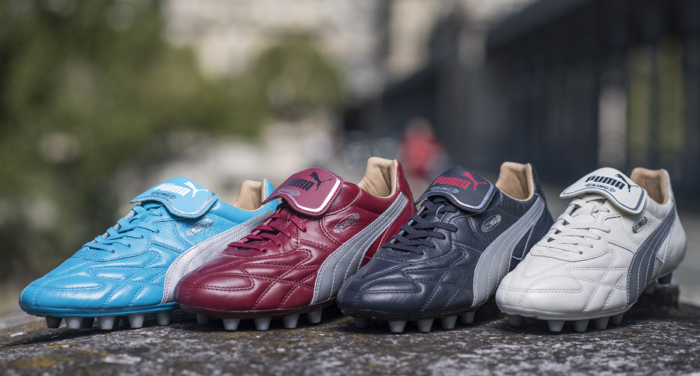 Lyon, a city famous for its ancient history and heritage, is represented through cream and light blue colours, and the Marseille version stands out in the blue and silver colours that adorn the coat of arms of the city that sits on the Mediterranean Sea.

The King Top is a lightweight premium leather football boot with a conical stud configuration that, along with a PU injected bi-density outsole, aids stability and reactivity.

The fold over tongue avoids pressure from the ball on the lace knot.

All of the four special edition colourways are available to buy through the PUMA website. 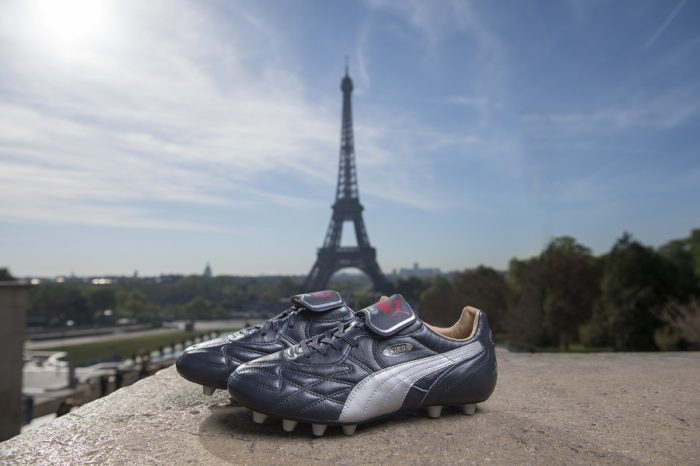