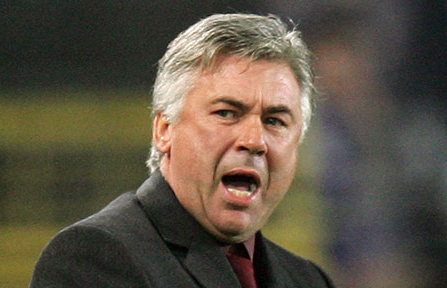 As the French would say “La crise est finie” The crisis is over…well for now anyway. The crisis of course is the one suffered by Paris-Saint Germain in recent weeks. Due to some bad performances, mostly at home, the Parisians dropped as low as fourth…fourth! Sacre Bleu! An Ibrahimovic hat-trick and a win over the league leaders and Carlo Ancelotti’s side are now back on top of the tree before Christmas. Beware the ghost of managers past; Antoine Kombouare was in the same position 12 months ago.

Following the defeats against Saint-Etienne twice, Rennes and then the recent away loss to high-flying Nice, Ancelotti called the situation a crisis and demanded a reaction from his players, not just their performance on the pitch, but with their overall attitude. Zlatan Ibrahimovic was quick to insult his teammates during the 4-0 win over Troyes, citing “My kids play better than you.” It was only 1-0 at the break, inspirational words from the Swedish striker.

The 2-1 win over Porto in the Champions League was the exact reaction Ancelotti was looking for, but the problem wasn’t in Europe, it was in the league that the players were failing to rise to the occasion. Ancelotti was delighted after the 4-0 win over Evian. Goals for Zlatan, Ezequiel Lavezzi, Thiago Motta and Kevin Gameiro satisfied the Parc des Princes crowd, but beating a very poor Evian side only masked over the cracks, there would be tougher tests ahead.

In the Premier League the old joke goes “Can he do it on a wet Wednesday night in Stoke?” Well in France the equivalent would be “Can he do it on a cold Tuesday night in Valenciennes?” For PSG and Ibrahimovic we were about to find out. The Parisians travelled to Northern France to take on one of Ligue 1’s surprise teams this season. Valenciennes held the best scoring record in the league with 29 goals and hadn’t lost at home in the league since PSG last paid a visit to the Stade du Hainaut. It was set up to be a cracking end to end match-up.

From start to finish PSG completely dominated the match. Valenciennes strike-duo of Gregory Pujol and Vincent Aboubakar came up against the formidable Brazilian Thiago Silva. Awarded the captain’s armband by Ancelotti the former AC Milan defender has found his feet and is beginning to dominate the striking talent Ligue 1 has to offer. Composed on the ball, postionally perfect and a dominant presence not seen in these parts since Basile Boli and Marcel Desailly ruled the roost down in Marseille.

Their recent upturn in form has seen Ancelotti change to what is closely described as 4-4-2; however it is much more fluid than that. Thiago Motta and Blaise Matuidi control the centre of the field, Javier Pastore and Lavezzi start wide with Jeremy Menez supporting Ibrahimovic upfront. Ibra will always drift, you can’t stop that, but Menez will always drift wide looking for the ball before driving towards the opposition and taking on his man, as only he knows best. This gives Lavezzi and Pastore the option to come inside and create opportunities with the space created. Not to mention Matuidi breaking from midfield.

Unlike the rigid 4-2-3-1 that was in place for the recent home defeats it looks like Ancelotti has stumbled across a formation that seems to get the best out of his star players. Against Valenciennes it helped Zlatan score possibly the easiest hat-trick he’ll ever score. Simple tap-ins after shots from Lavezzi and Pastore made it two before Menez set him up for a trio of tap-ins. The finishes may have been simple but some of PSG’s build up play was superb throughout the game, easily their best performance of the season. Their 4-0 win, combined with Lyon’s 1-1 draw against Nancy set-up Sunday night’s clash with Lyon as 1st vs. 2nd. With the winner going top of the league.

After all the build-up and pre-match hyperbole the game itself was a complete anti-climax. Lyon started well and could have taken the lead when Lisandro Lopez hit the post with Salvatore Sirigu totally helpless. Although second best for the majority of the half a little bit of class gave the home side the lead. Thiago Silva stopped Lyon’s attack dead, pushed the ball forward before Zlatan’s cross took a flick off the head of Lyon defender Milan Bisevac and beautifully into the path of Matuidi, after making a lung bursting run from midfield he met the ball beautifully and powered the header past Remy Vercoutre.

Scoring at the end of the first half killed any spirit Lyon had, the second half was flat from both sides and the colossus Thiago Silva had little to do in the second half, the controlled performance from Matuidi and the movement from the PSG attack was too much for Remi Garde’s men and Lyon left the Parc des Princes with a whimper. The three points would take PSG top of the table with a superior goal difference. Joint on points with Lyon and Marseille it looks like being a three horse race for Le Championnat but on current form it would take a brave man to bet against the Parisians.