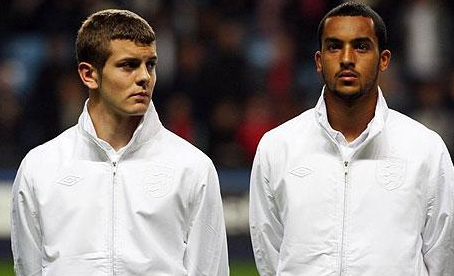 With the Premier League season more than well and truly underway, it is time to have a look at each club and how they’re doing and where they’re on (or off!) course to finish.

It’s been a strange season so far for Arsene Wenger’s men, there have been numerous ups and downs throughout. They’re hanging around just below the Champions League spots currently and if you go by the table then they have seen a big improvement in recent times. Before their draw with Southampton on New Years Day they had won their last 4 games in a row and were looking good, scoring an abundance of goals. Scoring goals has certainly not been a problem for them with 16 in their last 5 games.

However, 35% of Arsenal’s goals have been scored or assisted by Theo Walcott and rumours are rife that he isn’t going to be there much longer after stalling in his contract talks. Arsene Wenger seems to have finally unleashed him and let him begin to reach his full potential after allowing him to play the more central role in the team. I think so far this season he has been the key to their successful runs like this recent one. Before their good run of form they’ve had recently barring the Southampton game they were languishing down in 10th position at one point which is unthinkable for a club of their stature.

During this rather gloomy period that contained a 2-0 loss at home to Swansea and an embarrassing defeat to lowly Bradford in the League Cup, Walcott wasn’t really firing or playing well and this is what they missed. Cazorla seemed to be their only consistent performer however he looked lonely at times and struggled to carry the whole team on his back, he needed help. The return of Wilshere was also a massive boost and whilst he defends robustly, he also has much to offer going forward and combines with Cazorla brilliantly.

Arsenal seem to be on the up, however they need to focus on consistency and keeping their best players which they haven’t been very good at in recent seasons as everyone will know! I think if they can keep hold of Walcott and Cazorla then they could finish the season very strongly and sneak into the Champions League again. This should be considered an achievement in itself as the bottom 2 Champions League spots available are in hot contention this year from a lot of clubs.

In conclusion, I would say that so far Arsenal have underperformed and this is reflected on by their position in the league. However their recent improvement shows that they definitely have what it takes to get in the Champions League. Their next 4 games will define their season in my opinion. Man City (H), Chelsea (A), West Ham (H) and Liverpool (H).

This is one the easier reviews to do out of all the PL clubs as it doesn’t take an idiot to see that Aston Villa have had a terrible first half of the season. They sit just one point clear of the relegation spots and in my opinion they are lucky to not be in there! They had a disastrous festive period, leaking goals all over the place. Although they were thumped 8-0 by Chelsea, I think their worst result was the 3-0 home loss to Wigan who are no worldbeaters themselves but Villa lacked everything in that game and it must have been painful for their fans to watch.

One thing that they can perhaps feel slightly better about is the age of their squad. In their recent  draw at Swansea, the average age of their squad was just 23. This is a good sign for their future and it means that their young players are getting invaluable experience of playing in the Premier League.

I think the most important thing for Villa to do is bring in some experience. It’s all well and good having a youthful squad who are willing to learn, however you need some experience in a team who knows what it takes to avoid the drop in a difficult season. I think they need to bring in the experience in defence mainly, not just because they’re leaking goals left right and centre but because they have Benteke up front who although relatively young is a mature player who has played at international level and has bags of ability so he leads the line well from the front.

In conclusion, Villa have been dreadful so far this season and there are few things to indicate that they can stay up. If they are to avoid the drop then they need to bring in some experience, stick with their manager who proved he can do a job at Norwich and play the football they know they can play like they did against Liverpool earlier on the in the season.

Chelsea have been rather strange this season and most certainly unpredictable. They spent big in the summer and got off to a blistering start this season. They looked like certain title challengers at that point but since then things have gone downhill. Abramovich stupidly decided to sack Di Matteo and this upset the fans and most probably the players too. He then bought in the incredibly unpopular figure of Rafa Benitez to the fans utter delight (not!). I feel for Rafa as it can’t be easy with the fans completely against you and this has got to have an impact on how the players feel towards him as well.

Rafa came in and didn’t get off to a great start, especially with the derby defeat to West Ham in the 3-1 loss. Since then he has really picked it up and if Chelsea win their game in hand they could go 3rd just 4 points behind Manchester City and begin to put pressure on United. They really could have done without the loss to QPR however as their recent good run of form was crushed by a resilient QPR team scrapping for their Premier League lives and just a 2nd win of the season. Even though he’s been doing relatively well, this loss will not help the fans views towards Rafa and he needs to get back on track straight away and in my opinion, a win against Arsenal in the coming weeks is absolutely vital.

Chelsea need to find a plan B for when plan A isn’t working. Against QPR their attack looked blunt and toothless. They really struggled to create chances and break through the QPR defence. This was not helped by the decision of Rafa to rest both Mata and Hazard in the same game. Somehow all players seem to need a rest these days but to rest both in the same game was not a good idea as Mata especially is a key player for them and if one is missing you want the other one on. I don’t think Demba Ba will be effective for them, I don’t feel that he fits into their team. Chelsea are a team who need quick, intelligent and skilful players and Ba is more of a strong and powerful player who knows how to finish. Although he will probably get a few goals, I can’t see him completely solving their striker problems.

In conclusion, I don’t think Chelsea will challenge for the title this year, they will have to fight hard and play well to get a Champions League spot. They have defended well but need to work on the training ground on how they attack and formulate a plan B for when it’s not going well. Overall I’d say they’re doing average.

It’s common knowledge that Everton are having a brilliant season and their league position is a testimony to this, currently sitting in 5th at the time of writing. They have got a really good squad over there and David Moyes added very intelligently in the Summer. Mirallas has looked a good player and fitted into the team well. He has struggled with injury slightly but will be very useful for them when he returns. Pienaar has been outstanding as of late and has forged a terrific partnership with Leighton Baines on that side. Baines is another who has been brilliant for Everton this season, he defends tirelessly and gets forward all the time, often providing a goal threat, he also takes a great set piece.

Everton have been great going forward this season and I think they could with tightening up their defence slightly. Jonny Heitinga has struggled to find form this season and they should look to bring in a replacement for him. What is in their favour though is the form of their striker  Jelavic who has been extremely underwhelming this season after taking the Premier League by storm last season. If they can get him playing and scoring like he was last season then Everton will be a real force to be reckoned with. What has been crucial for them this season has been the form of Belgian Marouane Fellaini who has been unplayable for the most part this season. The only problem has been his discipline after he has earnt himself a record of elbowing opponents and he headbutted Ryan Shawcross getting himself a 3 game ban which was outrageous by the way!

In conclusion, Everton have had a great season so far and if they can get Jelavic playing and scoring again and keep Fellaini out of trouble then I really think they could mount a significant case to be in the Champions League.

Fulham have been consolidating their position in the Premier League for a number of seasons now and tend to finish mid table and comfortably stay up. This season is a little different however, they have been all over the place and sit in 13th place at the time of writing. In my opinion, they have been underperforming all season and without Dimitar Berbatov’s heroics, could be in a bit of bother. They are only 6 points above the relegation zone and that is by no means a huge margin at all. I think Martin Jol and his men will be nervously looking over their shoulder in the coming weeks as they hope to avoid slipping further down the league.

They do however have some winnable games coming up before March in the form of Wigan, West Ham, Norwich and Stoke. I think they’ll need to pick up 7 points from these games to feel safee come March as they face the 2 Manchester clubs before March too. So far they have been less than impressive and completely uninspiring to say the least. They are incredibly unpredictable this season as they can go from being the first team to get beaten by QPR to winning away at West Brom.Fulham could do with improving their squad and consolidating it in January as I feel they lack some strength in depth and rely too heavily on Berbatov and Ruiz. I also feel they could do with freshening the side up with some youth as 10 of their first team squad are 30 or over.

Fulham need to work on performing consistently and getting their good players playing like Rodallega. They’ve got some good experience in there but some players just aren’t playing to their full potential such as Hangeland and Petric.

In conclusion, I think Fulham will be fine, they always tend to be and have so far showed glimpses of how good they can be. If they iron out the bad performances and pick up some points even when they play bad then they’ll be fine. Lots of room for improvement though and they desperately need to.