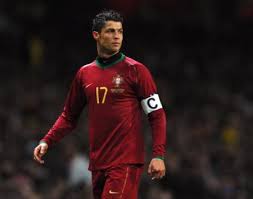 Superstars Cristiano Ronaldo and Zlatan Ibrahimovic are set to go head-to-head for a place at the World Cup after Portugal were drawn against Sweden in the pick of the UEFA play-offs.

Portugal will host Sweden on November 15th, with the return leg played four days later. The last three encounters between the sides have been draws, with the last two games both ending 0-0.

Speaking immediately after the draw, Swedish head coach Erik Hamren said: “World-class players like Ronaldo and Ibrahimovic, they do something extra to change the game. I am pleased we have one, too. But we need our team to be really good.”

Portugal boss Paulo Bento added: “They will be evenly balanced and very competitive games. Ibrahimovic is an imposing figure, but the Swedes are more than that, they are good collectively.”

Unseeded France,successfully avoided Portugal in the playoffs European, made on Monday afternoon, but will face a stern test against Ukraine as both sides will be confident of booking a trip to Brazil next June.

Ukraine finished just a point behind England in Group H, having won six, drawn three and lost one of their 10 qualifying games.

France boss Didier Deschamps reacted to the draw by saying: “We were not seeded and could have played Portugal or Croatia who have a long history, but Ukraine is not a simple draw either.

“They are on a run of seven matches without defeat and they concede very few goals as well as a long trip over there. It’s good to have the return leg at home but one team will qualify and the other will be staying home for the World Cup. We have to have a lot of confidence and respect the opposition.”

Iceland, who began this World Cup qualifying campaign below Liechtenstein have forced their way into the play-offs and they are the only nation in the play-offs who have never previously qualified for a major tournament.

Iceland will face Croatia as they bid to be the smallest nation ever to qualify for the World Cup. The first leg will be in Reykjavík. Iceland will need to win – possibly by a bigger margin than one goal – at home in the first leg, you feel. Zagreb is not a nice place to visit with your backs against the collective red and white wall.

Croatia go into the play-offs in a state of some disarray however. They lost their last two matches and sacked coach Igor Stimac last week. The Croats are probably the best draw that Iceland could have hoped for.

Greece and Romania complete the play off pairings and these are two teams that will probably go out at the group stages in Brazil, but at least the weather should be nice.

Greece coach Fernando Santos admitted he would have preferred to play the first match in Romania, rather than at home.

“My message to the fans is that they should believe in the national team, go to the stadium, fill it, and put pressure on our opponents,” Santos said.