With Roy Hodgson resigning following the EURO 2016 defeat to Iceland, England are now on the look out for a new manager ahead of the World Cup qualifiers.

The bookies have fired out some odds early, with current under 21 boss Gareth Southgate leading the way ahead of Crystal Palace’s Alan Pardew.

Gary Neville, who formed part of Hodgson’s backroom team, is priced at 10/1, followed by one of the most promising young coaches in England, Eddie Howe of Bournemouth.

As far as we’re concerned, there’s only one man that can save England and instil the spirit of 1966 – Mike “four-four-f*cking-two” Bassett. 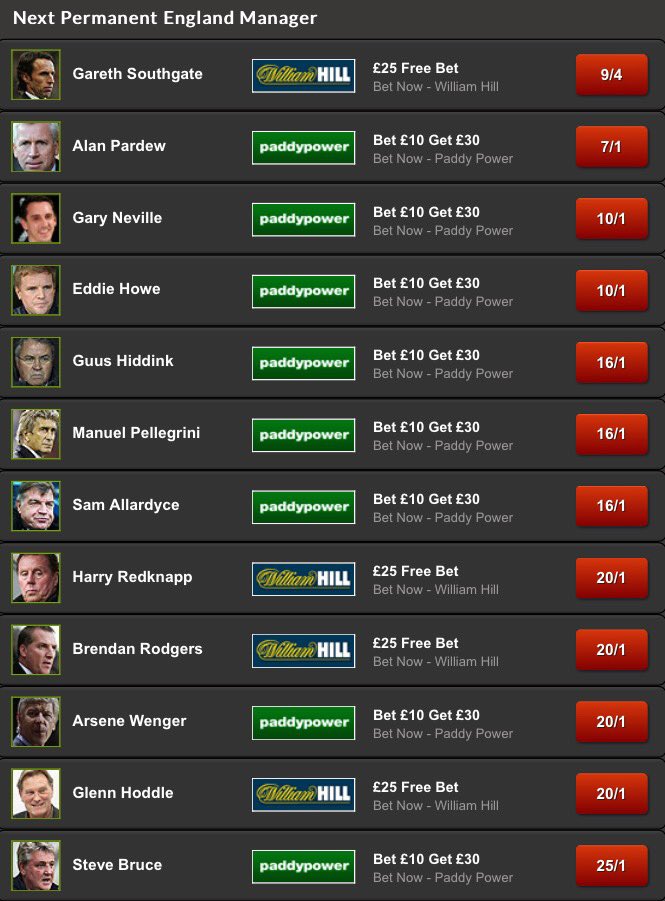