One of football’s worst kept secrets has been confirmed – Zlatan Ibrahimovic is joining Manchester United.

The 34-year-old took to Instagram today to post an image of the club’s logo and stated that Old Trafford will be his next destination.

Ibrahimovic, whose Sweden side failed to make it out of the group stage of EURO 2016, has been a free against since leaving Ligue 1 giants Paris Saint Germain at the end of their 2015/16 title winning campaign.

The big striker is expected to sign a one-year deal with United and has worked with new manager Jose Mourinho in the past at Inter Milan. 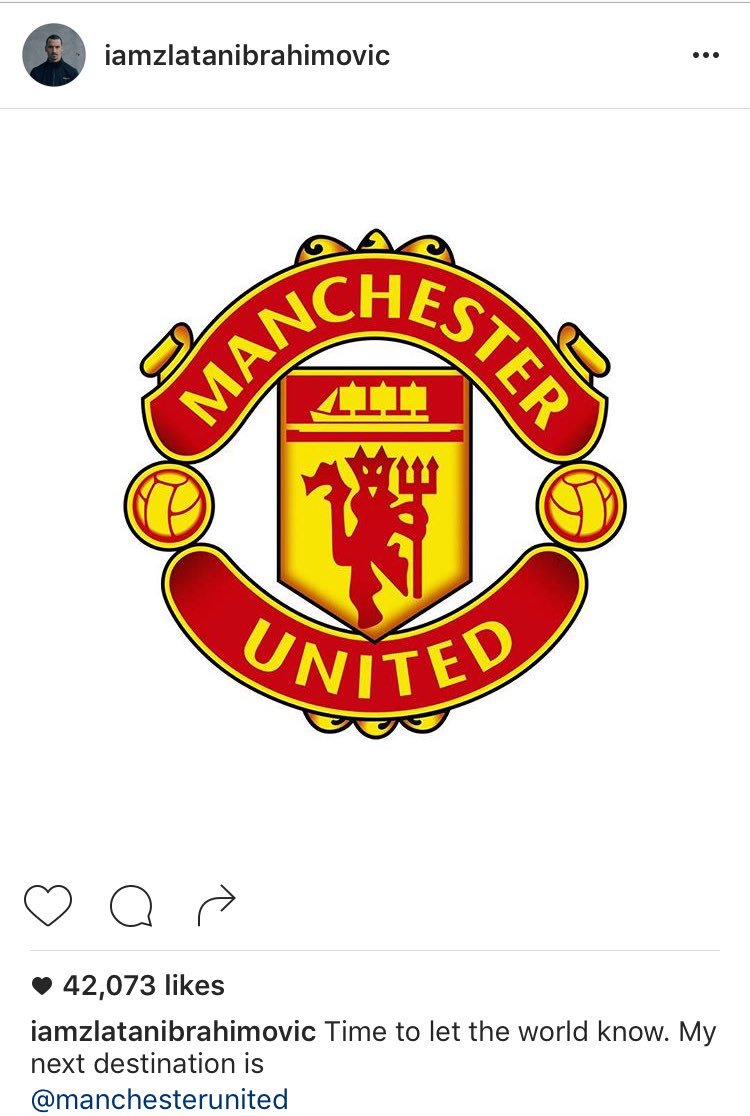