Manchester City have been heavily linked with Everton defender John Stones, and UEFA appear to think that a deal has been done.

City are due to take on Steaua Bucharest in a Champions League qualifier and Stones has been listed as part of their squad, with the number 24 squad number.

There has been talk of a £50 million bid from Pep Guardiola’s new club, while Wilfried Bony could be used in a part exchange transfer.

Notable absences from the City squad for the upcoming tie include the Vincent Kompanyand Ilkay Gundogan, as well as Eliaquim Mangala, Samir Nasri and Bony who appear to be surplus to requirements.

New boy Leroy Sane makes the cut despite currently suffering from a slight hamstring injury that has prevented him from training. 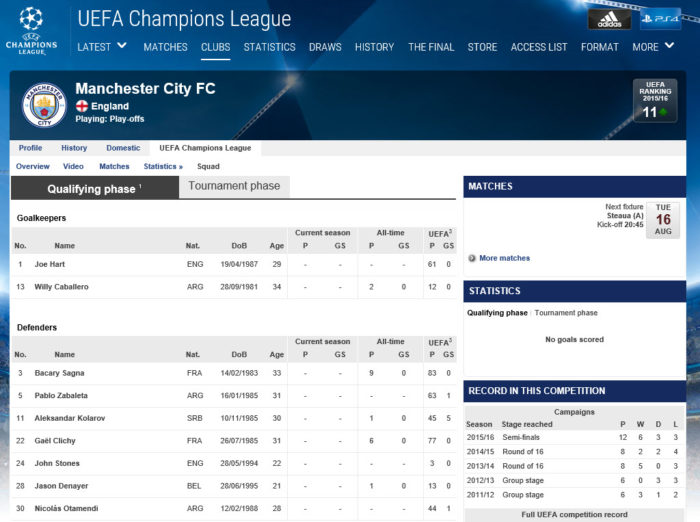