Liverpool and New Balance have come up with a really nice away shirt for the club’s 2016/17 Premier League season.

According to New Balance, the shirt is part of the ‘Made For Liverpool’ campaign for the 2016/17 season, which reflects on what it means to be an Liverpool fan. 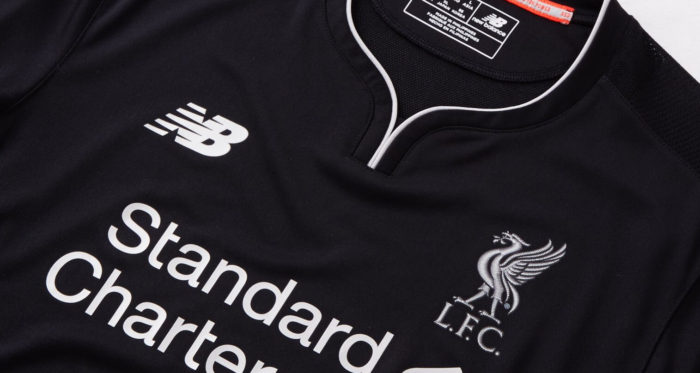 With a fitting tribute to the team that won the European Cup in Rome on 25 May 1977, the shirt has been designed in black, red and silver – reminiscent of the colours of the match day programme.

Black was chosen as the base colour to create an imposing canvas for the flame red warning vents down either side of the torso.

Silver trim has been detailed on the front, including the Liver bird crest; to commemorate the club’s first of five European victories.

Everyone is aware of the history of this great club, both domestically and abroad. This latest away kit looks great and having the words of Bill Shankly on the kit reminds us of what Liverpool FC means, inspiring us every time we play away from Anfield.

To commemorate the tragic events of Hillsborough, the 96 emblem, encased by the eternal flames, sits at the nape of the neck.

The full range of New Balance Liverpool away kit products is available now through the online store. 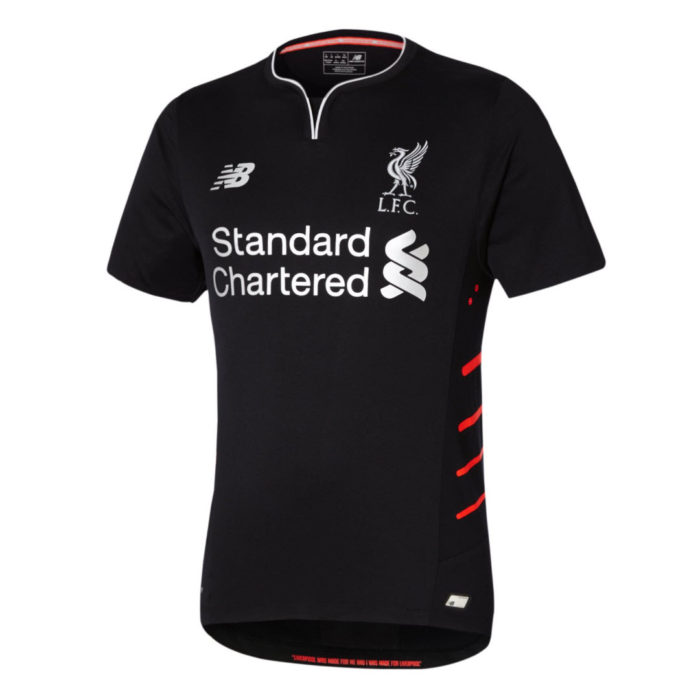