According to the club, the PUMA kit takes its inspiration from the Foxes’ 1983/84 number and boasts a clean white design with thin blue pinstripes on the shirt.

Other shirt details include a two-piece rib collar, the club crest and PUMA logo embroidered onto the front, and a drop tail hem for added coverage.

The white kit is beautiful, it’s got the pinstripes which is a bit different to what we’ve had in previous years and I think the extra little touches make it look pretty special, we’re looking forward to wearing it.

As well as playing the part you’ve got to look the part, so I think PUMA have done a good job.

The alternative away kit will feature away from home throughout Leicester City’s Premier League title defence season, as well as in the Club’s debut UEFA Champions League campaign. 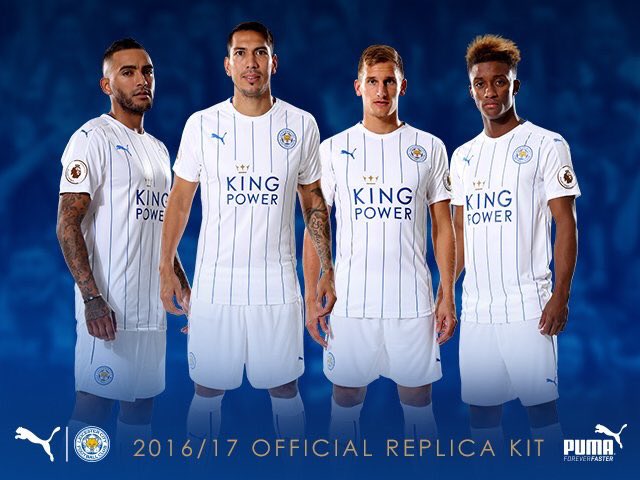