Spain’s La Liga is freshening things up for the 2016/17 season with a new match ball and logo.

Nike will again supply the official La Liga ball, with their official partnership having been extended until 2019. 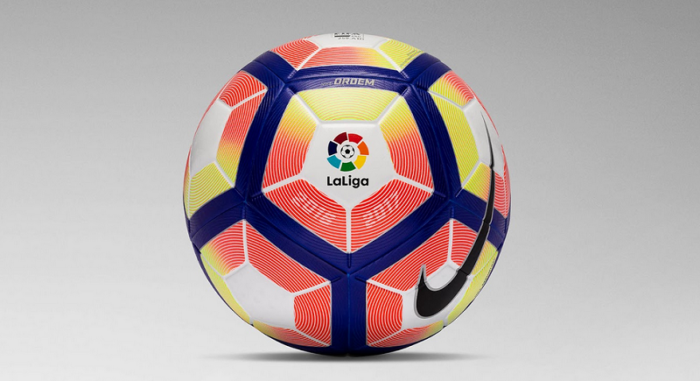 The new logo came about following the decision of Spanish bank BBVA to discontinue their sponsorship of the nation’s top two tiers.

We are delighted to extend this partnership, which began in the 1996–97 season.

Nike is the leading brand in football and is continually innovating through the relationships we hold with the world’s best players, clubs, federations and leagues.

The Spanish flag was used as the inspiration for the Nike Ordem 4 football that is based on the same technology of the 2015/16 version.