The Champions League and Europe League group stages will be kicking off shortly, and Adidas are again supplying the match balls for both competitions.

This year’s ball for Europe’s top club competition, the Champions League, again incorporates the star-shaped panels which are dark green with yellow writing. 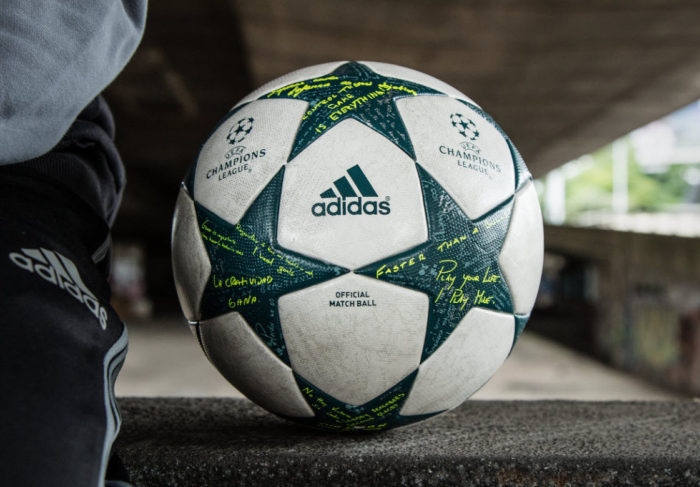 The writing contains handwritten messages from some of the best players that will take part in the 2016/17 Champions League, including Arsenal’s Mesut Ozil and Real Madrid stars Gareth Bale, James Rodriguez and Toni Kroos.

Play your life, I play mine

Being faster than a bullet

Controlling the game is everything

Structurally, the ball is the same as in recent seasons, with an orange version (see pic below) available for use if the weather requires.

Meanwhile, Dundalk will be getting more use out of their Adidas balls which will be used for their Europa League campaign.

The League of Ireland champions will find out their group opponents when the draw takes place later today. 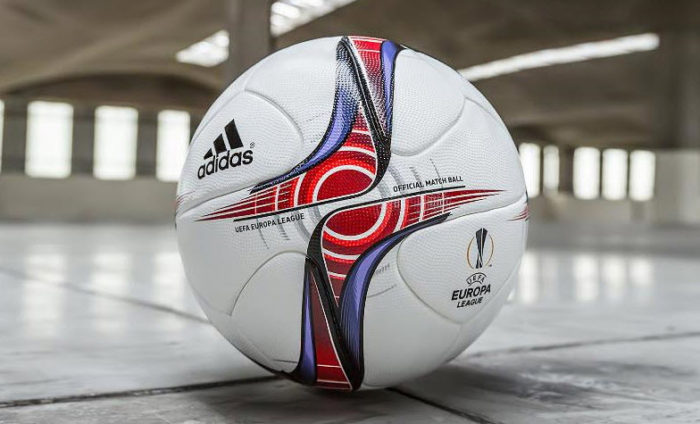 The white, navy and red ball is a similar design to the one that was used for the 2014 World Cup in Brazil with its six panel structure.

If you fancy picking up the official Europa League ball, it will set you back €140. 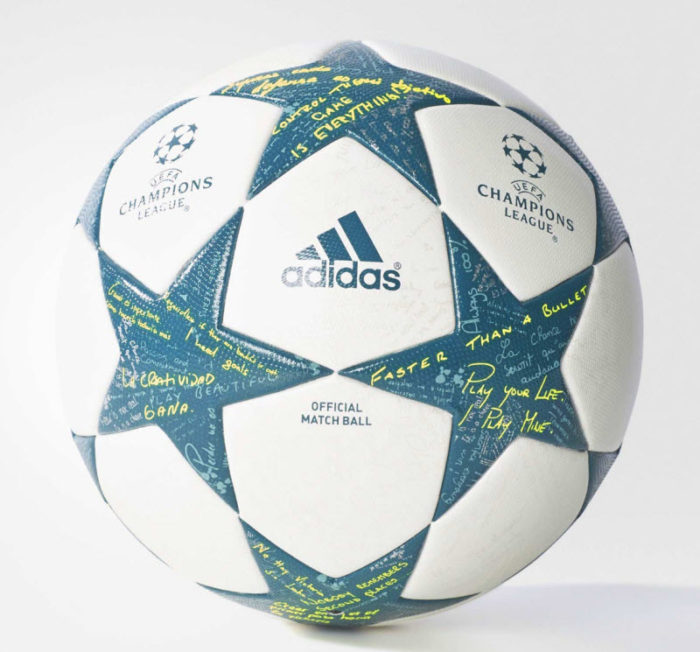 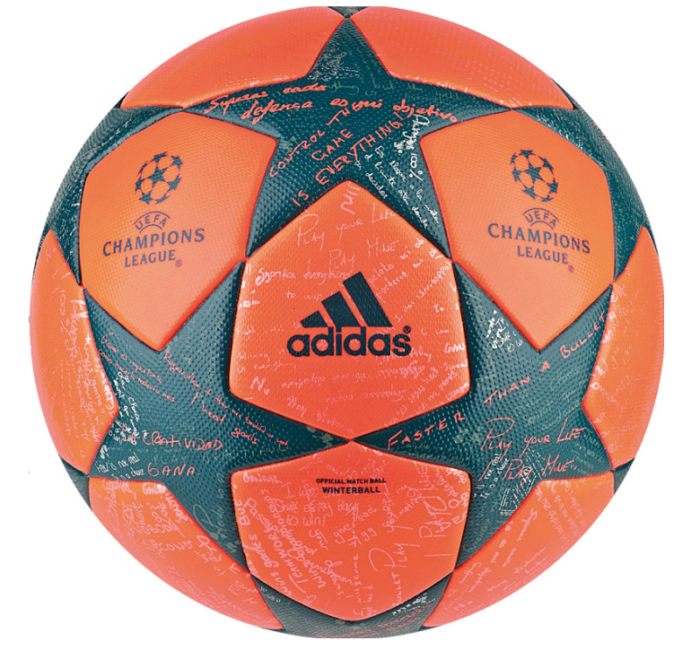