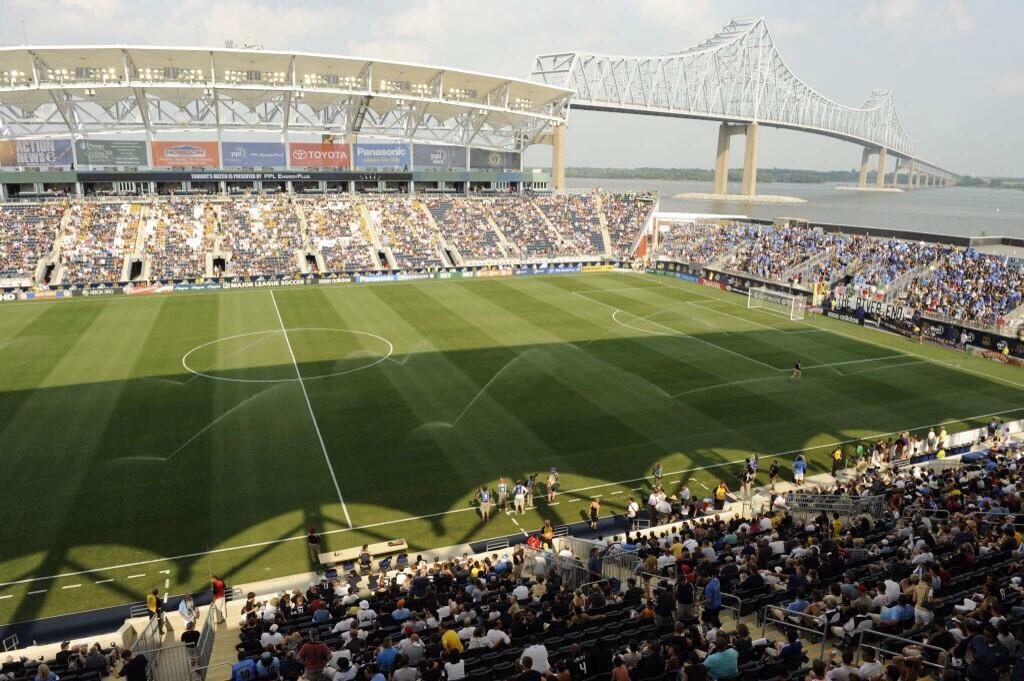 The upcoming three-week break for the World Cup will allow Major League Soccer clubs time to sit back and assess how they’re travelling after, in some cases, nearly half the season.

The Philadelphia Union are one of the sides who will benefit from such an opportunity, especially now that they are searching for a new coach after parting ways with John Hackworth this week.

The club’s start to the 2014 season, which has seen them post a below average 3-7-6 record, was deemed unacceptable and Hackworth was relieved of his duties after less than two years at the helm

“We are an ambitious club and although we are just in our fifth season we expect to win and be in the top tier of MLS,” said Union CEO and operating partner Nick Sakiewicz in a statement.

“We have begun an ambitious and global search for a team manager who will help guide us to our goal of competing to win the MLS Cup.

“Philadelphia is a major market and we expect that there will be significant interest from a wide variety of qualified candidates to become Philadelphia Union’s team manager.”

Assistant coach Jim Curtin, who spent most of his playing career with the Chicago Fire, has taken over with immediate effect.

Hackworth had the public support of the powers that be as recently as the middle of last month after fans called for his head when the Union lost 1-0 to DC United at PPL Park.

“We stand behind John Hackworth, each member of the technical staff and the players,” said Sakiewicz at the time.

“We are working every day with the resources available to us and are confident that with some additional key players this group can become the team we envision it to be.”

It took just four more games for that tune to firmly change, and the 3-3 draw at home to the Vancouver Whitecaps on Saturday was seen as the final straw.

The Union showed signs of character in that game as they came from two goals down to lead 3-2, but were unable to close out the contest as the Caps came up with an 81st minute equaliser to ensure that the points were shared.

“Honestly, up to that point, I hadn’t thought about it,” said Sakiewicz.

“I was 100 percent in John’s corner, and we were trying to figure out a way together how we are going to get some three-point games under our belt. Saturday night was a big disappointment.

One move that hasn’t done the Union any favours was the decision to trade striker Jack McInerney to Montreal Impact for Andrew Wenger back in April.

While 23-year-old ‘Jack Mac’ had gone through a rough patch form wise at the end of the 2013 campaign, he still finished as the club’s top scorer with 12 goals and made the All Star roster.

By contrast, Wenger has netted just once in eight appearances so far.

The decision to take goalkeeper Andre Blake with the first overall pick in the 2014 MLS SuperDraft left many scratching their heads with the main problems being at the other end of the pitch, and the acquisition of US international Maurice Edu has had minimal impact on the team.

While the season is far from a write off with 18 games still to play, it is imperative that the Union start picking up results.

The Whitecaps game was the fifth time already this season that they have relinquished a lead, and they have failed to win any of their last six games at home.

If nothing else, Hackworth’s removal has probably come at the right time and Sakiewicz made no apologies for pulling the trigger.