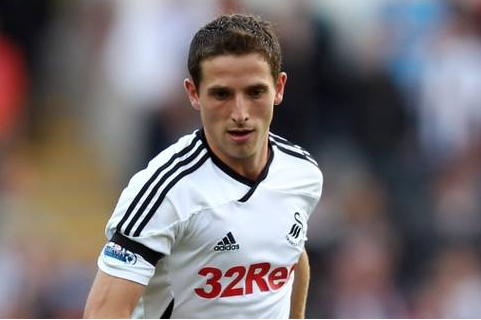 The PFA Player of the Year nominees were announced this week, prompting some football betting activity over who will win. If you were told at the beginning of the season, before a kick of a ball had taken place, who was to be nominated, it is unlikely you would have been surprised.

The same old faces have been included and whilst this is certainly not an attempt to take anything away from the collective mega talent that is Rooney, Aguero, Van Persie and Co; this is an opportunity to pay homage to some of the unlikely lads. The only rules to this list are that; A) The players must come from a club outside the big five (Chelsea, the Manchester clubs, Arsenal, or Spurs), and; B) The player must have started a minimum of 20 matches for his club.

With the high profile departures of Kevin Nolan and Joey Barton in the summer; Newcastle United looked like they were going to be light in the centre of midfield. With some predicting that they could be surprise relegation candidates, Newcastle have done the exact opposite and are now surprise Champions League candidates.

Previously unknown to many on these shores, Yohan Cabaye already a French international, and having just won a French league title with Lille, signed for the North East club last summer for a fee of around £4,400,000. Averaging 3.5 tackles a game (the 4th highest in the league) and 2.4 interceptions; Cabaye has settled in the English game splendidly. Cabaye has supplemented the more rugged Tiote well making 1.6 key passes a game; he has provided 5 assists for his teammates and his season will no doubt be remembered for a stunning free kick in the 3-0 win over Manchester United.

“Feed the Yack and he will score” has never been truer than this season. After finding the net just 10 times in his final 53 appearances for Everton, the signing of Yakubu in the summer initially did little to douse the flames of the Steve Kean hate campaign. At 29 years of age and with noticeable signs of a decline in his sharpness and match fitness levels in particular, Yakubu was seen as past his best.  “The Yak” however wasted little time in proving his critiques wrong scoring an impressive brace on his debut as Blackburn put Arsenal to the sword 4-3.

With 16 goals in 26 games, including another brace against Liverpool, and 4 goals against Swansea, Yakubu has arguably been Blackburn’s most important player of the season. The Nigerian has re-gained the form that saw Everton pay £11.25 for his services and his goals have been important in keeping Blackburn in the reckoning to avoid relegation.

To say that Joe Allen has impressed in his first season of Premier League football would be an understatement. At just 22 years of age the Swansea midfielder has been quiet but very effective. Part of the Swansea set up since he was just 9 years of age, Allen has progressed through the Welsh sides youth teams picking up League 1, Championship and now Premier League experience along the way.

Averaging 60.5 passes a game and with a pass completion rate of 90.9% (the 12th highest in Europe), Allen is beginning to make a name for himself that has made the big clubs of European football take notice. Allen’s calmness and composure on the ball has assisted in allowing Swansea to comfortably retain their Premier League status for next season achieving the third best home defensive record along the way.

Six months ago if you were asked for your opinion on who the best current American football player was, you may well have picked LA Galaxy star Landon Donovan; well not anymore. Clint Dempsey has always been an impressive player for Fulham but his form since December has cumulated in new expectations being set for him. A hat-trick in a 5-2 demolishing of Newcastle, and with 4 goals and an assist in his last 3 games, the Texas born Fulham star continues to impress.

With an ability to play on either wing, just off the front man, or as a front man himself, Dempsey has become the focal part of a Fulham side that is known for playing aesthetically pleasing football. A creator as well as a goal scorer, Dempsey is Fulham’s joint highest creator with 5 assists as well as the 16 times he has found the net himself.

The story of Demba Ba has been infamous this season. On the verge of signing for Stoke City in the summer, the deal fell through due to concerns about Ba’s medical history and potential problems with his knee.

Almost a season later and Ba has proved to be a very astute signing for Newcastle United scoring 16 goals from 27 starts. Still no signs of any knee injury, recent matches have seen Ba moved towards the left wing in order to accommodate equally prolific fellow countryman, Papiss Cisse, and in form Hatem Ben Arfa; how this will effect Demba Ba next season remains to be seen. Rumours linking Ba with a move away are continuous, with controversy surrounding his move away from Hoffenheim, history says that his time at Newcastle may be as smooth as it initially seemed. Despite the potential future negatives, Ba was the spark that began the fine run of form that Newcastle have maintained all season.

Not necessarily a surprise inclusion, Leighton Baines has been a consistent top performer in the Premier League for a number of seasons now. Had it not have been for his chronic home sickness, Baines would have been understudy to Ashley Cole at the 2010 World Cup; having overcome this hurdle it appears that he will be the Chelsea man’s replacement for the national side in the coming few years.

Attackingly astute as well as comfortable defensively, Baines has completed 2.1 crosses on average per a game this season (4th highest in the league) as well as providing 2 key passes. At the back he has averaged 2 interceptions a game making 1.8 tackles in the process as he has become an important fixture for Everton missing just 1 league game in the process.

All stats via Whoscored.com

One thought on “PFA – alternative nominees”