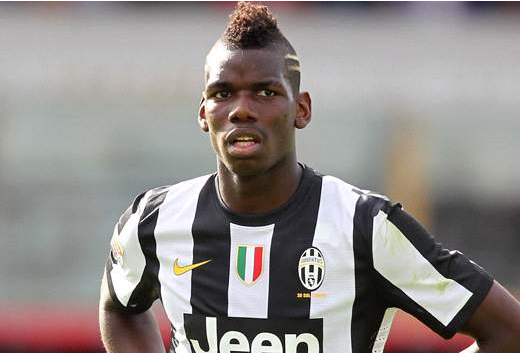 When Paul Pogba joined Juventus at the start of the season, not many would have anticipated just how well he would fit into the Italian Champion’s side.

At just 18 years old, the youngster signed a pre-contract with The Old Lady around March 2012, much to Sir Alex Ferguson’s disappointment. Having failed to convince the French teenager to extend his contract, Manchester United had to settle for some training compensation from Fifa, having brought him to English football from Le Harve in 2009.

Ferguson has always rated the youngster, speaking highly of him in the press and his desire to keep him at Old Trafford perhaps shows just how much potential the boy has. Although only seven appearances for United, there does seem to be something special there. With a great physique, power and strength, the 19 year old seems to have all the traits to become a strong midfielder in Seria A -comfortable both going forward and defending. This has been backed up by his impressive start to the campaign, although not a stick-on for a start, with his first goal already scored against Napoli and the match winning performance and goal against Bologna, where without the 19 year old free transfer, Juventus looked shabby.

Of course, after this, the usual press articles in Italy followed, claiming he is the next Viera and that he could be the future of the Juventus midfield. Managing to shine in a midfield which has talents such as Pirlo-who is still, easily, one of the best passers and creators in the Italian game, and the dogged and determined Marchisio who is Juventus through and through, is a great achievement so early on in his Juve career. As well as Vidal, of course. All this, remember, from a free transfer.

Against Nordsjaelland in the Champion’s League Group E clash, Pogba replaced Vidal to great cheers from the Juventus crowd. Such popularity can only spur the youngster on, surely, and if performances continue to be as encouraging and positive as they have been, then who knows? To come in at 19, and shine like this, takes some doing. Impressive, absolutely, but it’s worth bearing in mind that at 19, a lot can happen in the next few years.

Of course, Pogba can maintain this form and reach the potential he is showing, and lead Juventus to dominate Italian football and Europe, ridding the Italian giants of the match-fixing scandal that has contaminated their name. Or, get them to a level of dominance in Italy, then sign for Real Madrid or Barcelona in an outrageously lucrative deal, all this whilst dragging France back to becoming a major threat in world football again and stamping his name on the game forever as one of the all-time greatest midfielders ever to have graced the game, being mentioned in the same breaths as Zidane, Iniesta and the likes.

Or, he could be a decent player, then fade gradually into obscurity and insignificance, to be selected for type-specific games and make little or no impact on them, then be loaned out in a classic Italian Football style to some newly-promoted side and become a bit of a favourite for them, ultimately resulting in a free transfer to said club on a three to five-year deal, only to see out half of it then sign for a mid-table team who are punching above their weight.

Anything can happen, but it appears Pogba is on course to be a truly class act at Juventus. If the performances and popularity can last, then both France and Juventus could well have a world class midfielder on their hands.