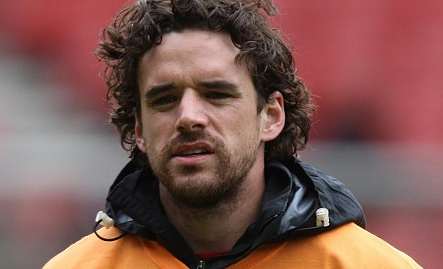 Owen Hargreaves has joined Manchester City in one of the most dramatic and sensational transfer deals of the summer after the ex-Manchester United player agreed to undertake a pay-as-you-play deal for the Champions League debutantes.

Fresh from signing Sergio Aguero, Samir Nasri, Gael Clichy and Stefan Savic it would seem that the free transfer of Owen Hargreaves to the club will gazump them all in terms of interest and,hopefully pray City fans, value.

“Shock signing” and Manchester City seem to go hand in hand since Sheik Mansour took over the club in 2008 and no one in their right minds would have suggested to add Owen Hargreaves to that list, expect perhaps for the midfielder himself…

Hargreaves joined Manchester United from Bayern Munich in 2007 after the club’s agreed upon a £18million deal but his career was blighted by his injury problems.

Acute tendinitis left him as a peripheral figure in Carrington, and he spent much of the last four seasons on the treatment table.

United’s doctors tried numerous times to diagnose the midfielders knee problems but came up blank such were the complications they faced. Hence Hargreaves seeking other opinions in Europe and America with knee specialist Dr. Richard Steadman.

He went from making 37 appearances between club and country during his debut season in 2007-’08 to making just five appearances over the next three seasons as his horrendous injury problems made him a firm fixture on the operating table and the physio room.

It has now been that long since Hargreaves donned a football jersey; it is almost impossible to remember him as a player.

As a midfielder he was blessed with a good engine and was a simplistic passer of the ball, letting the attack minded players instigate United’s, Bayern’s and England’s forward thrusts. Position-wise he was very defensive minded and was similar in type to Javier Mascherano in that he broke up attacks rather than directed them, providing good forward cover for his central defenders.

Before the start of last season, many United fans felt they would never see Hargreaves in a red jersey again, so when the player was released you could count the amount of people who thought he might play in the Champions League again with one hand. This move to Manchester City certainly opens up that door.

His career at Manchester United effectively ended on November 6 2010 against Wolves when he lasted just four minutes before pulling his hamstring. Even though it was such an innocuous and regular injury a hush immediately fell over the Old Trafford crowd as a dawning sensation grew over the fans as the realized that this could actually be the last time they would see Hargreaves in a United jersey.

To rub salt into the wounds, Hargreaves was replaced by Bebe…

Given his past injuries, it is fair to estimate that Hargreaves has a powerful personality. He does not give up easily and has had more than one chance to call time on his career over the last couple of years.

The hamstring injury was hopefully only a setback for him, but he did take solace in the fact that he actually started the game and received the chance to take to the pitch. With that in mind, his efforts to get back playing were doubled and despite offering to play for Manchester United for free it did come as something of a shock to the player to be released from the United family.

The release, however, did spur Hargreaves into an otherwise untried form of communication.

Twitter has become synonymous with professional athletes in recent years while YouTube has rarely been used other than putting up videos of great goals or prodigious children.

Hargreaves took the unprecedented step of placing videos of him training up on the social video site in an effort at proving his fitness. Considering that his last injury at United was a hamstring injury he was keen to show that his knees could still take substantial impacts while training.

Initially West Bromwich Albion and Roy Hodgson were in the driving seat to secure the midfielders signature and were very close to capturing Hargreaves on a pay as you play deal but somewhere along the line the deal went cold so when Hargreaves was seen coming out of the Bridgewater Hospital in Manchester late Tuesday night the football rumour mill went into overdrive.

Having satisfied Manchester City’s doctors with his fitness and his knees, described as the worst his specialist had seen in 35 years, it now looks like Hargreaves will sign up for a nominal fee with a pay as you play clause built in.

City’s doctors would have been extremely stringent as Roberto Mancini is renowned for his focus and attention towards his teams physical and mental fitness.

Last season he introduced double training sessions on certain days of the week that were initially met with scorn by some of his players and then he installed a steep training hill at City’s training ground as he wanted to increase his teams stamina further.

Hargreaves will be expected to compete in and complete the same amount of trials he sets for the rest of his first team squad so it would seem strange for the club to sign the player if could not satisfy their demands.

His addition to the squad, as presumably back-up to the central midfield regulars of Nigel De Jong and Gareth Barry, will add some character and experience to the Manchester City dressing room as they begin their exploits in the Champions League for the first time and it would not be beyond the realms of fantasy to see the star play against his old team Bayern Munich at some stage of the group games.

Even the most hardened Manchester United fans would not begrudge their ex-player getting a second chance at the cherry even if it is with City so it will be interesting to see how they greet him when the two clubs come face to face with each other in October.

If the deal does workout then Roberto Mancini may just have picked up the EPL’s most expensive signings of the summer as well as the best bargain of the summer.