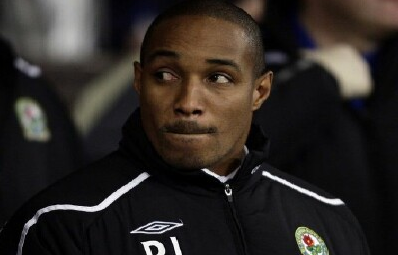 Of the 92 professional clubs which constitute the English Premier and Football Leagues, only two currently employ black managers. A remarkably low number given that over 25% of the playing employees for said teams are black. To counteract such a disparity there have been calls for the English F.A. to introduce their own version of the Rooney Rule – named after Dan Rooney, owner of the American Football franchise the Pittsburgh Steelers. The rule was instigated in American Football to ensure that at least one ethnic minority candidate was interviewed when any coaching job became available. Eight years on from its implementation, it is widely considered to have been a rousing success.

However, proposals for a similar law to be introduced to the English game have been met with much scepticism, ranging from the reasonable to the downright racist. Daily Mail columnist Martin Samuel, articulator of the former, has argued that the proposals would not be practical to the time constraints of English football, where two managerless weeks to interview multiple candidates could cost a side a potential twelve points. Yet one could just as easily argue that, in knowing this, clubs may be less inclined to indulge in the caprice of mid-season manger sacking. A Rooney Rule would not only, in the words of civil rights lawyer Cyrus Mehri, “cast the net wider” to ensure that a higher calibre of candidate is selected, but also quite possibly provide the ancillary benefit of stability, too. Charlton Athletic – incidentally one of the only two English teams to currently employ a black manager – went from 1991 to 2006 with Alan Curbishley in the top job, and subsequently rose through the leagues to become a mid –table Premier League side. In the five years since, they have changed managers five times (including three appointments in the space of six months) and currently reside in the third tier of English football. Would a lengthier managerial interview process really have been to their detriment?

Samuel’s second point of concern regarding a Rooney Rule is that of qualification. He argues that rather than because of deep-seated problems of institutional racism, black coaches have failed to land the top jobs in England because they have been under-qualified – usually lacking the required UEFA Pro License. Maybe so, but this doesn’t seem to be an obstacle which stands in the way of their white counterparts. The truth is that nearly half of the football league managers are without such a license, and 10% have no coaching qualifications whatsoever. To avoid confusion, the rules over this should be (absolutely no pun intended) black and white; either you need the coaching qualifications to manage or you don’t. But English football authorities have been unwilling to step into line with the rest of Europe on this matter. Instead there is a vague system of guidelines which, despite earnest intentions, has allowed the extemporising status-quo to maintain for too long.

Quite possibly that same hesitancy to step into the modern age is responsible for the alarmingly skewed racial proportions in the English managerial demographics. If English football doesn’t enforce an equivalent of the Rooney Rule, making it mandatory for teams to interview at least one ethnic minority candidate for managerial positions, then there’s no real reason to believe that thngs will change any time soon. Despite what so many would have you believe, a Rooney Rule wouldn’t be an act of racial tokenism. No one will be forcing the clubs to hire particular candidates and neither should they feel obliged to; merely candidates will be able to present their case for employment. Ten years ago there was much idle talk about that particular generation of black players becoming future head coaches, but whatever reason, it simply hasn’t materialised.

At the very least, the implementation of a Rooney Rule would leave no-one wondering as to why.

One thought on “The Rooney Rule – Addressing imbalance”