In a long overdue return to BPF, Gav Reilly ponders whether the Red Knights model of ownership can really work in England… 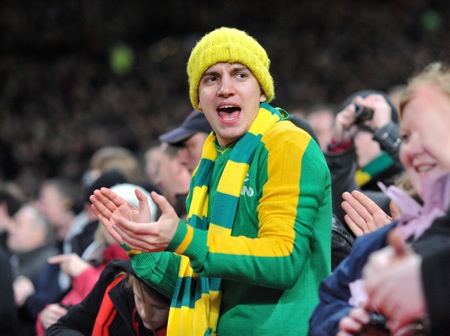 As a Manchester United fan it’s been difficult of late to read any kind of club news without encountering inevitable bumf about the Glazers, the Red Knights, green and gold scarves, potential boycotts, Wayne Rooney’s forehead, blah blah blah… the list goes on. (OK, I realise that last one isn’t that terrible, but it’s been the saving grace of late.)

When the Glazer family launched their formal takeover bid of Manchester United in the summer of 2005, I was probably in the small minority (or, if in the majority, the silent one – but then again, it’s always been difficult to publicly express one’s support for a status quo) who thought the takeover might not have been a terrible thing. As a Commerce student at the time, I was being heavily briefed on investment practices and, in my business-y frame of mind, and figured that although the transition would mean United (then debt-free) being loaded up with a roundabout £500m in debt – small change, you know yourself… – that nobody would put a business through such a financial mill if they didn’t think the business could adequately cope with the strain.

In hindsight I still stand by that logic. Nobody – not even an Irish banker intent on spending billions on a floundering Irish bank – puts money into an enterprise if they don’t think they’ll be able to get their investment back, with more. After all, that’s what profit is: the reward for taking a risk.

That’s not to say I didn’t understand and share the fears that MUST and the soon-to-be F.C. United brigade. The club was debt-free and had built its modern empire – a top-class stadium; an era of incomparable dominance in English football, the ability to confidently and consistently break transfer records to get the players we needed, and others we didn’t – upon the fact that its monetary situation was so resilient and dependable. Good investment and solid management breeds more money, which if managed correctly keeps the cycle going.

The problem with that logic was that I’d forgotten one pretty simple thing: in offloading all the debt the Glazers were getting themselves into onto the club, the Glazers were almost entirely nullifying the burden they were undertaking. Profit is the reward for risk, but the Glazer family weren’t taking much of a risk if they were making the club shoulder the risk for their actions. Still, I reasoned, they’re going to be looking at a long-term investment: the Glazers aren’t going to milk the club for everything they can. Milking the club would desperately impact on its ability to go about its affairs – or, at least, in the way the club had been used to.

Besides, in class we were being taught that when you’re looking to set up or run a business, you have two options on how to fund it: through debt – i.e. borrowing the money from a benefactor or bank – or equity, i.e. trying to get an investor to put money into the business in the hope that their money can turn a profit (the reward for risk – geddit?). Debt, we were taught, is cheaper. If you borrow money from the bank, you pay 5% or so in interest per year, and that’s it done. With equity, if you turn a profit, the shareholders deserve a payout, usually in the order of 10-12%. So if you’re looking for £500m, it’s cheaper to have to pay 4% interest – £20m a year – than £60m to the people who helped you get off the ground. Again, though, either way it’s dearer than paying nothing at all.

But on they came, and milk the club they did. It’s one thing to have a family-run business that’s been forged over time and works as the family breadbasket, but it’s another thing entirely to take over a business as a family consortium and bleed the thing try. And now, the club finds itself with a huge debt it’s struggling to handle.

Which leads me back to the recent news that a group of City investors – all United fans – are planning a buyout of the club with the ultimate intent of converting it into a fans’ trust ownership model, the likes of which are seen in most major Spanish clubs.

Like most fans, I won’t lie and pretend a fans’ ownership model wouldn’t be a fantastic thing to be able to put into practice. United have blazed the trail in many ways in footballing history and putting the most honourable of ownership models into practice would be the icing on the cake. And how better to run the clubs than with those who keep it going in mind at the helm?

Still, though, there are problems. Firstly: how’s this takeover going to be paid for? The Glazers are a profiteering bunch. They’ve put a shedload of money into the business and they’re going to want it back – even if it means having to pay them the money they don’t even themselves now owe. The Glazers borrowed about £600m to buy the club, and even though they’ve siphoned off millions and millions for themselves and owe nothing, they’re going to want a significant amount more than that in a payoff. Let’s say it’s £700m. Then, the investors will need to get rid of the club’s debt. Another £700m. Very quickly you’re looking at a bill of £1.4bn (billion! That’s the price of 18 Cristiano Ronaldos!) simply to take the club over, before you even encounter the costs of running the club itself. And in the current climate, you’re going to need £1.4bn in cold, hard, cash. With a club in United’s state there’s no room for a bond issue or a protracted house-of-cards approach to finding money.

Secondly, who’s going to actually run the club when it’s all done? Are we going to have the Joan Laportas or the Fiorentino Perezes of this world coming to Europe? Is the fat bloke in the Stretford End who leads the chants going to be elected Club President, promising to buy David Villa, Fernando Torres, Thierry Henry, Lionel Messi and Kaka the next time the transfer window opens? A supporter-run club of United’s size is inevitably going to lead to a race to the top just like it’s seen in Spain, but there’s nobody in the world who’s going to buy a club and get it out of debt just so a supporters’ trust can lead the club into hypercompetition with itself and grow itself another Real Madrid-sized financial tumour.

Spain has shown us that a fan-run club only has limited appeal. Perhaps the most successful model is Bayern Munich where the ownership is only partially held by the fans, but even this model wouldn’t work in a club of United’s financial scale. Let’s say the Red Knights own 50% of the club and the fans 50%. If the Knights propose something unpopular, and every single fan thinks it abhorrent (how likely?), all the Red Knights need to do is to get an ally to pretend they’re a fan, join the trust and force their way through. The fans’ say won’t be enough to stop the Knights doing what they want, and if they’re paying £1.4bn for that privilege they’re going to want to exert it.

The fan ownership model is a great one in theory – but show me a case where it’s worked effectively for a club of Manchester United’s size, and hasn’t gotten it into very, very tough financial times and I’ll show you a fan who might just about be convinced.

Either way, it’s certainly the lesser of two evils.

2 thoughts on “Opinion: Can a fans’ trust work?”