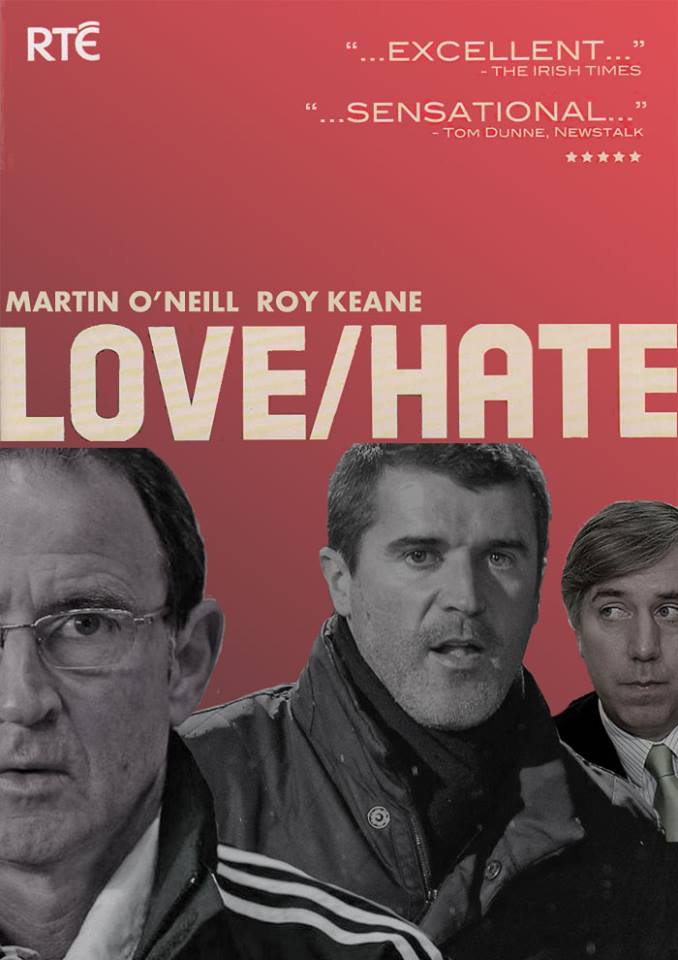 So Martin O’Neill is set to become the next Republic of Ireland manager with Roy Keane his assistant.

O’Neill  is understood to have met FAI officials in London this week and confirmed his interest in the job but said he wanted to bring in Keane as his No2. This request was surely met with some mirth by many at Abbottstown.

Given their notoriously difficult relationship, one wonders how Roy Keane would deal with FAI chief executive John Delaney.

Back in 2009, Keane said “I wouldn’t trust that man John Delaney at all. I wouldn’t take any notice of that man.

“People forget the last time Ireland were in the World Cup, in 2002, people seem to forget what was going on at that World Cup.

“I was one of the players, he didn’t have the courtesy to ring me. He (Delaney) got interviewed and he said ‘I don’t know where he (Keane) is. He’s on the island somewhere I think’.

“I’ve been involved with Ireland since I was 15 years of age and that man didn’t have the decency even to make a phone call.”

“Yeah, he knew where to contact me. Try my hotel room.

“Yeah, you can laugh, that was the World Cup. Delaney wouldn’t know the meaning of the word integrity.”

There doesn’t appear to have been a softening of feelings over the intervening four years, so Keane’s working relationship with Delaney promises to be interesting. Whether Keane has the mentality necessary to be a number two – and to take orders/instructions from a number one, also remains to be seen.

O’Neill has not officially accepted the job or discussed the length, or terms, of a contract, but he is increasingly positive about moving into international management and is reported to have told this to the FAI.

From their time together as ITV pundits, O’Neill gets on well with Keane. The combination of O’Neill’s analytical mind and Keane’s no-nonsense approach remains an intriguing one. What happens should the going get tough and the Republic suffer a few setbacks in terms of results and/or performances remains to be seen however. Keane has an infamously combustible character with his career pockmarked with incendiary soundbites and controversial incidents. Many die hard Irish fans will not have forgiven Keane for walking out on the eve of the World Cup back in 2002.

There has been a lot of water under the bridge since then though with Keane being infamously sacked as Manchester United captain, following 12 stellar years at the club, after he had given an explosive interview in which he castigated his team mates back in 2005.

Following a brief sojourn as a player at Celtic, Keane went into management in the autumn of 2006. While he guided the club to promotion to the English Premier League at the end of his first season in charge, he did so on a budget that dwarfed that of any other club in the second tier of English football. In October 2008, with the club sitting in the relegation zone in the Premier League, Keane quit the club, citing irreconcilable differences between himself, Sunderland’s 30% shareholder Ellis Short and strains with club chairman Niall Quinn. Thoughts at the time were that Keane jumped ship before he was told to leave the club.

Keane went on to have a highly disappointing 18 months as Ipswich Town manager before leaving the Suffolk outfit with the club on the brink of the Championship relegation placings. He was sacked as manager in January 2011 and has worked sporadically in football media since then, despite having once said: “I’d prefer to have my teeth pulled than to work as a football pundit.”

The older man has a much more storied CV than Keane’s as a manager. Similar to Keane, O’Neill fine tuned his game under the guidance of one Brian Clough. A two-time European Cup winner as a player, O’Neill also captained his country to the quarter finals of the 1982 World Cup and enjoyed a playing career which was more than stellar.

As a manager is where O’Neill really came into his own though. The Derry man guided Wycombe to consecutive promotions, from the Conference to the Football League for the first time in their history back in 1994 before he left the club for Norwich City with the club in the old Division Two (now League One).

Following a brief stint with the Canaries, O’Neill moved to Leicester City where he won the League Cup in his first season in charge (1997) and 2000. They finished ninth in the Premiership in 1997, tenth in 1998 and 1999, and eighth in 2000 – marvellous achievements considering the budget he had to work with. He is considered by Leicester fans to be their most successful manager of all time.

O’Neill took over at Celtic in June 2000. In that first season, O’Neill won a domestic treble with the Old Firm outfit, the first time this had been achieved since 1968. Celtic then retained the league title in 2001–’02, the first time since 1982 that Celtic had managed that feat. Celtic also qualified for the Champions League group stage, winning all of their home games but losing all of their away games.

His greatest  feat as Celtic manager was arguably guiding the Hoops to the 2003 UEFA Cup final in Seville where his side were overcome by José Mourinho’s Porto 3-2 after extra time.

In his five seasons at Celtic Park, O’Neill won three League titles, three Scottish Cups, and a League Cup. The two league titles he lost were by margins of a point and a goal. in season 2003–’04 Celtic created a British record of 25 consecutive league victories.

Following a year out of the game, O’Neill joined Aston Villa in August 2006. The Villains finished 11th in the Premier League in his first season in charge with a total of 50 points, eight more than the previous season.

Villa just missed out on a UEFA Cup spot on the final day of the 2007–’08 season by finishing 6th. They finished the season with 60 points, their highest tally in 11 seasons.

Villa also narrowly missed out on Champions League qualification at the end of the 2008-’09 season. At the end of the 2009-’10 season, Villa finished sixth for the third successive season. It was more than Villa fans could have thought possible. Shortly before the start of the 2010-’11 season, O’Neill resigned as manager, citing a lack of funds available for players as the reason for his departure. The club’s fortunes have spiralled downwards since with the avoidance of relegation being the sum total of their efforts.

In December 2011 and with the club bottom of the Premier League, O’Neill took charge of the team he supported as a boy, Sunderland. Under O’Neill, Sunderland began to improve dramatically with four wins from his first six games as the club eventually finished a healthy 13th in the top flight.

Sunderland went unbeaten for the first five games of last season though their form hit a nosedive when they lost 3-0 to Manchester City and the club soon found themselves in the relegation zone. Following a run of eight games without a win and the club sitting one point above the relegation zone, O’Neill was sacked at the end of March of this year.

The Sunderland job is the first managerial job that O’Neill could be seen to not have made a success of. It is also the only job that he didn’t have his trusted right hand man John Robertson as his assistant after the Scot had suffered from a heart attack.

Whether the O’Neill/Keane managerial pairing is to be a success remains to be seen. While one wears his heart on his sleeve the other would pull the heart out of your chest. One thing for certain is that it will make for good (and a LOT of ) copy for journalists.

2 thoughts on “O’Neill and Keane: dream team or nightmare?”