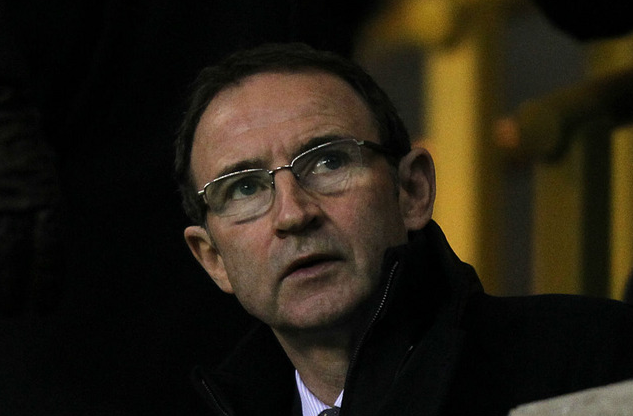 So Martin O’Neill has been named manager of Sunderland. The prodigal son returns, boyhood fan comes back to steer the club he loves to Premier League safety and beyond. It all sounds lovely doesn’t it? Unfortunately, it rarely works out that way. A manager is generally only as good as his squad and unfortunately, this squad just isn’t that good.

Just ask Andre Villas-Boas at Chelsea. Sure the party line being produced by all at the club is “this was always going to be a long term task” and “the players love my system” or something to that effect. But when he arrived at the Bridge, talk was of a title challenge, not a transition period. His squad has not allowed it though.

So O’Neill must deal with the squad that Bruce had to work with. This is, of course, not an exoneration of Bruce. He had a decent amount of time at the club, by his less than committed standards anyway, in which to shape a successful squad. He has not been able to do so.

It all looked rosy for Sunderland fans in the summer. Day after day they would be leading the way on the Sky Sports transfer table. New players were being signed like they were going out of fashion. Unfortunately for the supporters, it proved to be the only table they got anywhere near topping this year.

Bruce has been undermined in a key area and for this he must be afforded sympathy. In January he lost Darren Bent, the poster boy for a new generation at Sunderland. Then this summer, Asamoah Gyan put money above credibility and left Bruce desperately short of quality in front of goal.

So, Ulsterman O’Neill must try to inject some confidence and quality into a group of players that are low on the former and lacking in the latter. He has proven in the past to be a great motivator and has got the best out of what could be described as mediocre players and must draw on those skills again.

This is the man that turned part-time labourer Steve Guppy into an England international, plucked Neil Lennon from obscurity at Crewe and made him a key member of his Celtic and Leicester teams, and won two League Cup’s with the Foxes while continuing to make them punch above their weight in the Premier League.

His time at Aston Villa garnered mixed reviews from the fans and media. Some suggested he was too boring and definitely too moody. Others praised him for assembling one of the best teams Villa Park has seen in two decades, finishing sixth on three consecutive occasions with the likes of Agbonlahor, Young and Milner at the forefront.

What O’Neill will do for Sunderland is organise them into a presentable Premier League outfit. At times in the last few weeks, the defending witnessed on Wearside wouldn’t have looked out of place if it occurred on a Sunday morning with hung over centre backs. Why Wes Brown tried to take the ball down against Wigan will be a question that stays with Bruce until his next job comes up, if it ever does.

Former Wycombe manager O’Neill is the right man for Sunderland because of his personality. It is, for want of a better phrase, massive. He has an aura of control and confidence that the bigger egos in the dressing room will be receptive too. You cannot imagine Brown and John O’Shea, both European Cup winners and products of Sir Alex Ferguson, listening to the likes of Alan Curbishley as he attempts to dish out the hairdryer. O’Neill will not tolerate poor performance.

O’Neill should get Sunderland away from the relegation zone before the transfer window because he is an excellent manager. Two wins and there will be daylight. But then the squad must be improved upon. They must start slowly – wholesale changes mid-season rarely works. But two or three shrewd buys, particularly in the striking department, could have the north east bowing down to a new Messiah. This time, however, he will be in red and white.