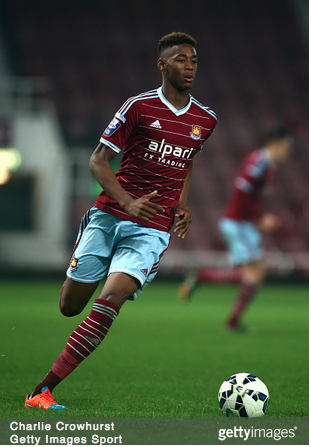 Clubs, and to an extent their fans, often try to control the mystique that surrounds their name. Liverpool cite their history, whereas Newcastle United have the unbridled passion the fans hold for the magpies.

For West Ham United the most enduring ‘narratives’ that are perpetuated are that they play ‘good’ football – a notion which, in the seasons preceding the current one at least, under Sam Allardyce has taken a battering – and the idea that West Ham United are a factory for talent.

This idea stands up to more scrutiny when backed up with names such as Rio Ferdinand, Michael Carrick, Joe Cole and Frank Lampard Jr. However, much like the supposed ‘beautiful game’ philosophy, the reality and the idea have grown apart in recent years.

So it is with no little excitement from the Upton Park faithful that, during the halftime of the home side’s thrilling F.A Cup replay victory over Everton, two of the most anticipated talents to emerge from West Ham’s fabled ‘Academy of Football’.

Joe Powell – a naturally gifted playmaker – is looked upon as a potential successor Lampard, something which the club has been waiting for since the 36-year-old departed across London nearly 14 years ago. However it Reece Oxford that has piqued the interest of not just those who frequent the Boleyn Ground, but also the wider footballing community.

The mere act of having the 16-year-old sign a contract has been seen, in itself, as a coup for West Ham. The central defender – who stands at a towering 6ft 3in – had been scouted by Manchester United, Liverpool and Arsenal. Those whispers, the potential for a relative giant to swoop in for the youngster, have only increased curiosity.

It is not often that Chairmen, however outspoken they may be, are drawn into making public statements about a player who had not yet signed professional terms; yet that did not stop David Gold taking to Twitter to assert that Oxford “will play for England”.

Oxford already has underage caps to his name, captaining the under-17 team this summer at the age of 15. Additionally, before turning 16 last December, he had captained West Ham’s Under-21 team, all pointing to a maturity and mental robustness to compliment his physical attributes.

A mercurial rise all leads to comparisons to West Ham’s last great defender – and fellow Academy graduate – Rio Ferdinand, which are to be expected, and to a certain extent welcomed. However for his age Oxford already looks to be a more physical player than the former Manchester United centre back. This is in part due to his hulking, athletic frame; but also due to his movement, something that Ferdinand was always accused of lacking.

The current century has not been as kind to West Ham’s Academy as the previous one. Relegation, litigation, bankruptcy and Allardyce-infused pragmatism has resulted in limited opportunities for Academy graduates, and the departures of ‘great hopes’ such as Jack Collison and Junior Stanislas came to illustrate the desire for survival over sentimentality.

However, with Co-Owner David Sullivan’s bullish comments calling on the need for protection for Academies from the larger fish in the pond, it shows a commitment by the West Ham hierarchy to the fabled nursery, helmed by renowned incubator of talent, Tony Carr.

This commitment was borne out with a simple signature on Tuesday night. Reece Oxford – England star? West Ham captain? Recent experiences would urge caution, though the notion of restarted production line will be music to the ears of West Ham fans.