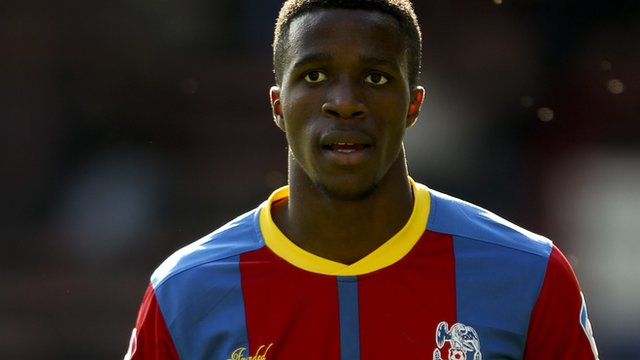 The European Under-21 Championships begin this week, with scouts from across Europe’s top clubs likely to take a key interest in the young talent on show. Here are eight players (one from each nation) who will be worth keeping an eye on in Israel.

A lot of eyes – not least those with an interest in his new club – will be on the winger, who perhaps best represents any glimmer of hope England have for success in this tournament. Fast and skilful with an eye for goal, he was a cut-above most of the Championship throughout 2013/13, which he proved by being a key figure in both the semi-final and final of the play-offs. Having signed for Manchester United, at an estimated cost of £15m, he’s going to have to prove himself all over again.

Captain of the under-21 side and regarded as one of the brightest prospects not just in this Israel side, but in their national football team’s entire history. A 6’5” defensive midfielder, who possesses the ability to break further forward as well, it’s no surprise that he’s drawn comparisons with Yaya Toure. Indeed, he had a trial with Manchester City last summer, but they ultimately passed on the Israeli. A few more clubs are likely to be interested this summer.

Not the biggest of the players in the Italian squad – literally, he is only 5’4”! – the small forward was named Serie B Player of the Year in 2012, after helping Pescara to promotion with 18 goals in 37 games. He has since returned to Napoli (who he was on-loan from) and has started to make a breakthrough into the first team, with five goals to his name, and he has already earned one full international cap.

The defender-cum-midfielder failed to make the grade at Arsenal, but has since shown that the reported 3800,000 Borussia Monchengladbach paid for him was a bargain. He has become a regular in the heart of the midfield for The Foals as they’ve challenged for the European places, and there has been talk of him moving on to better things. A good showing in this tournament certainly wouldn’t hurt.

Still only 22, despite having seemingly been around forever (he’s been part of Football Manager folklore since the age of 16), Wijnaldum is now starting to look like turning that potential into something far more substantial. Racked up over 100 appearances for Feyenoord before moving on to PSV, and has already established himself as a key figure in his preferred ‘number 10’ role, with 22 goals and 12 assists in 55 games so far, and has represented the full international side as well.

Remarkably, Dzagoev has never turned out for the Russian U21 side before, presumably because he’s been a part of the full setup for such a long time – he was the youngest ever outfield player when he made his debut, aged 18. Impressed at Euro 2012 last summer, if he can rediscover that form then he’ll be a huge threat in this tournament, and play himself back into the thoughts of the European clubs rumoured to have been after him last year.

Germany – as has long been well-documented – possess an enviable array of young talent, largely thanks to their investment in academies and coaches. However, of their squad travelling to Israel, only Can can (sorry) lay claim to being a part of a treble-winning side. Despite finding first team appearances hard to come by – not a surprise, when his competition includes Bastian Schweinsteiger and Javi Martinez – the 19-year-old is very highly-rated at the Alianz, and this tournament gives him the chance to impress the incoming Pep Guardiola, as well as a number of clubs who would likely be happy to take him on loan.

Like Germany, you could pick out almost any player from the Spanish squad as being ‘one to watch’. However, I’ve gone with Martinez as a) there’s a shortage of defenders on this list, and b) he played a key role in perhaps the biggest success/surprise story of La Liga this past season: Real Sociedad’s fourth-place finish. The biggest challenge La Real face is keeping him, and a good performance this summer won’t help matters, especially as Barcelona have been credited with an interest in the centre back.