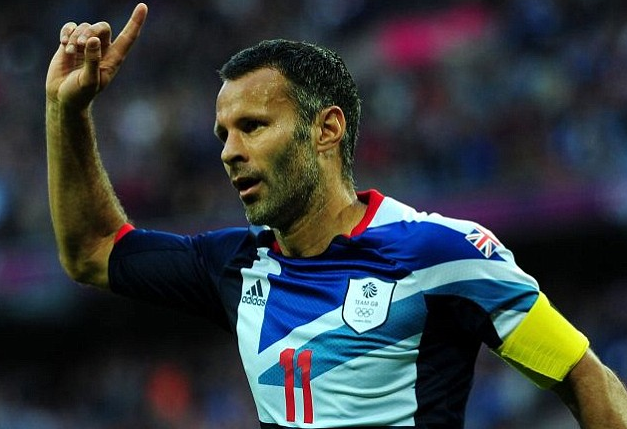 Ger McCarthy reviews a weekend of shocks in the Olympic men’s football tournament and predicts who will progress to the knockout stages.

Team GB grabbed the Group A headlines with a 3-1 win over the United Arab Emirates at Wembley Stadium on Sunday night. Ryan Giggs inspired Stuart Pearce’s side to an important victory with a virtuoso display and headed home the opening goal from a Craig Bellamy cross. Great Britain paid for their profligacy in front of goal when the UAE equalised on the hour mark as Eisa finished off a flowing move only for late Scott Sinclair and Daniel Sturridge efforts to seal the points.

Earlier in the afternoon, the giant Senegal team powered past Uruguay to move joint top of the Group A table with Great Britain. The African side won 2-0 thanks to a brace from Moussa Konate and comfortably held off the Uruguayans despite the dismissal of Abdoulaye Ba.

The Millennium Stadium in Cardiff plays host to Great Britain’s crunch final group encounter with Uruguay on Wednesday evening with Stuart Pearce’s side requiring only a draw to progress. Senegal meet bottom of the table UAE at the City of Coventry Stadium.

Senegal will defeat UAE to finish top with Great Britain grabbing the runners-up spot courtesy of a hard-fought draw against the Uruguayans.

Giovani dos Santos reminded Tottenham Hotspur fans of his abilities with both goals in Mexico’s 2-0 win over Gabon at the City of Coventry Stadium. The Mexicans bounced back from their 0-0 group opener with South Korea to move to the top of the Group B standings thanks to Dos Santos’ 63 rd minute effort and a converted penalty on the stroke of full time.

The late afternoon kick-off between the Koreans and the Swiss proved to be an entertaining affair withall three goals arriving in a devastating seven-minute spell. Arsenal’s Park Chuyoung fired home his country’s opener just before the hour mark but Switzerland were level within three minutes of falling behind thanks to the marvellously named Innocent Emeghara’s equaliser. The Koreans’ Kim Bo-kyung proved the match winner with a well taken effort shortly afterwards to ensure an exciting Group B finale.

Mexico and South Korea head into the final round of Group B matches joint-top of the table on 4 points each. Switzerland and Gabon are still in with an outside chance of qualification but each side requires an unlikely victory from their final group assignments. Switzerland will need to beat Mexico by two clear goals while Gabon requires a similar winning margin to oust the Koreans.

Switzerland will draw with Mexico but that result won’t be enough for the Europeans to progress. South Korea should finish top of the group after a narrow victory over Gabon.

Brazil gained their expected second win of the tournament thanks to a 3-1 defeat of Belarus at Old Trafford even though Renan Bardini Bressan shocked the South Americans and large crowd in attendance with an eighth minute opener. Brazil refused to panic and AC Milan’s Alex Pato finished off Neymar’s cross to equalise on the quarter hour. The Brazilians were pushed all the way by a tenacious Belarus until Neymar stamped his authority on proceedings with a magical free-kick in the 65 th minute. The same player claimed his second assist of the afternoon by releasing Chelsea-bound Oscar for a third goal deep into injury time.

Egypt and New Zealand played out a 1-1 draw on the same afternoon in a result that does little to help either country’s hopes of making the knockout phase. Chris Wood handed the New Zealanders a surprise seventeenth minute lead but Mohamed Salah’s equaliser five minutes before the break earned Egypt a share of the spoils.

Brazil are already through to the knockout phase and will most likely rest their star players against New Zealand at St. James’ Park on Wednesday afternoon. Belarus will qualify for the knockout phase if they avoid defeat to the Egyptians at Hampden Park.

Brazil to finish top of the group following a third straight victory with Egypt joining the South Americans in the next phase at the expense of Belarus.

One of the biggest shocks of the London 2012 Olympics occurred at St. James’ Park on Sunday afternoon when Honduras defeated one of the pre-tournament favourites Spain 1-0. That second consecutive Group D loss ended the Spaniards hopes of making the next phase and ensured an early flight home for a much talked about squad. In-form Honduran striker Jerry Bengtson headed home after seven minutes and that solitary strike proved enough to eliminate Spain from the competition.

Elsewhere in Group D, Japan and Morocco was heading for a 0-0 stalemate until Kensuke Nagai chipped home a delightful effort five minutes from full time to send his side through to the knockout stages.

Morocco and Spain clash at Old Trafford with the African side requiring a victory over an already eliminated Spain to have any hope of squeezing into second place. Japan and Honduras meet at the City of Coventry Stadium where a draw or Honduran victory would see both sides through.

Japan and Honduras will play out a cagey 0-0 to seal both side’s progression to the next phase while Morocco are likely to suffer a backlash from the Spaniards.