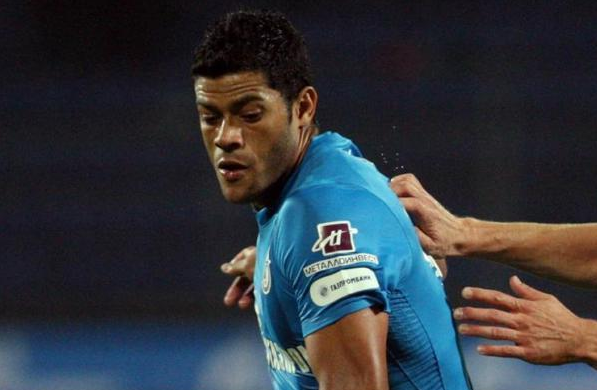 It is arguable that the “Sogaz Russian Football Championship”, known to us as the Russian Premier League is the fastest growing football league in the world. Backed up by massive wealth of various oligarchies and home to some of the most exciting talent in football today, the Russian League can more than hold its own amongst some of the world’s best.

From Anzhi to Zenit and from CSKA to Spartak, Russian clubs with big talent and big money are commonplace in this intriguing division. So, laden with big names as well as big finances you have to ask the question, why isn’t the Russian Premier League considered one of the great leagues of the world more widely?

The criteria that Russia lacks at this moment in time can be summed up in four words: Weather, Stadia, Competition and Accessibility.

The first problem is unavoidable. The Weather in Russia is a naturally massive stumbling block, for any kind of sustained professional sport season. Lengthy winter breaks provide can halt the momentum of the competition, as squads come back sluggish having not played competitive football. Even when the teams are playing the harsh conditions mean that generally playing surfaces are very poor which in turn can lead to a certain lack of attractive football, which the world inevitably wants to see. On top of this, the stadia in Russia is second rate. Despite the massive money behind the league, even Russia’s biggest clubs are playing at remarkably poor stadiums, for example League Champions Zenit are playing at a stadium with a 21,000 capacity- smaller than 19 of the 20 grounds in the Premier League. The only credible stadiums for a truly world class league at this moment in time are the “Lokomotiv Stadium”, modern home of Lokomotiv Moscow, and the National Stadium, the Luzhniki Stadium (once home of 3 clubs- now just home of Spartak Moscow). This needs to be addressed urgently. Poor stadiums mean poor gates and therefore poor popularity.

Whilst it is true that Russia has massive money behind it- it is also fair to say that big money is only behind certain clubs. Whilst the likes of Zenit, CSKA and newly rich Anzhi have sufficient budget to make truly marquee signings of big names, smaller clubs have no such backing. This leads to a massive gulf in class- almost unparalleled in size. Clubs at the top can pull of coups from Eto’o to Hulk, whilst the biggest coup a smaller Russian club has made in the last few years in probably Florent Sinama-Pongolle’s (remember him?) transfer to FC Rostov, and I doubt even Jim White could get that excited by that transfer on deadline day. At the end of the day top clubs can compete in the Champions League- whereas you feel some poorer Russian sides without the financial clout would struggle in League One. Due to this the league loses a competitive edge. It is true that there are at least seven or eight Russian teams who could reasonably believe that they could win the title- which is exciting as a neutral, however the bottom half of the league is almost a separate division altogether. I compare it too a more extreme version of the SPL where there is seemingly an unbridgeable gap between the rich clubs, and the smaller clubs. This takes away some edge from the league.

But perhaps the biggest trouble of all is the problem of accessibility. The only way that us British viewers can watch the Russian League is through the more than sporadically used ESPN Sports TV service, and in most other countries it is not even granted any TV rights at all. This has a massive impact on the leagues global fanbase: which is a bedrock for most of the more prestigious leagues of the world. Whatsmore within Russia itself- accessibility remains an issue. Due to the sheer size of the country, away support is severely lacking (if there is any away support), and even home gates are relatively low. This means that many of the games lack atmosphere or energy from the crowd. This is an inevitable problem.

So, it is clear that Russia is obviously not amongst the world’s best yet.

However, it is edging closer.

The potential in Russia is boundless. Problems are being tackled. The World Cup will not only bring a surge of footballing across the nations fan base (hopefully invigorating footballing fanatics in Russia and increasing gates) but new stadia being built across Russia means that the Stadia problem is eradicated. Efforts have been made to make the League more widely televised and tickets more accessible for fans. The dates of the footballing season has been changed to a more conventional European season- the whole idea behind this move is to ensure maximum competitiveness in Europe, and to limit the winter break. With new stadia, a new season with more frequent football and an invigorated system, the league could soar.

Let’s not forget, Russia is home to some of the biggest stars in the world- and is capable of attracting massive names to play there. The list of Russian league superstars is seemingly endless. Eto’o, Hulk, Witsel, Doumbia, Honda, Eminike, Dzagoev, Akinfeev, Danny, Criscito, Ansaldi, Lacina Traore…the list goes on. The big money in Russia means that some of the world’s biggest stars are now choosing to go to Russia over some of Europe’s more established clubs- for example Willian (of Shakthar Donetsk) electing Russian side Anzhi over European Champions Chelsea as his preferred destination. What does this tell you? Of course, many of the moves made by big stars to Russia are largely influenced by financial factors but that said, where there is money there is talent and where there is talent, there is world class football. It’s a winning formula.

With this sudden influx of talent and with the money to be able acquire more, I genuinely believe we will see a Russian winner of the Champions League within ten years. Zenit’s win in the UEFA Cup a few years back was a watershed moment for Russian football, and with the momentum with which the Russian League is snowballing at the minute, the biggest prize in club football seems closer than ever.

True- the Russian League will always have to grapple with inescapable geographical problems, and of course the talent is not as widely spread or as good as leagues such as the Premier League, La Liga and the Bundesliga. But that said, it may not remain that way for long. The World Cup and all of the attention that comes with it will improve stadia, gates and fan base but most of all, put Russian football, and more over the Russian League in the spotlight.

Of course Russia is not there yet, but the time is ripe for the most under-rated league in world football to come of age. I think that post Russia 2018 then the Russian league could become one of the worlds leaders with fantastic stadia, marquee stars and hopefully a more level playing field- much in the same way as the Bundesliga did after the 2006 World Cup.

Watch this space because I predict for the Russian Premier League to sky-rocket to being a true world-leader.

2 thoughts on “Oil Rich: How long before the Russian league is one of the greatest?”