BackPageFootball.com columnist Ed Diggins returns for the new year with a look at the Bosman Ruling which came into effect just over 15 years ago. 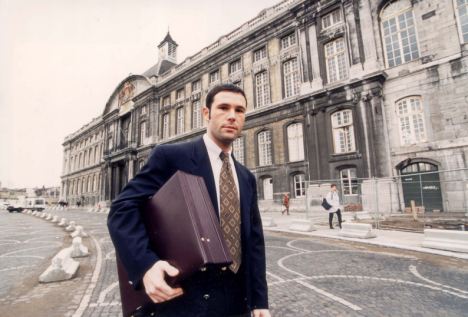 When Jean-Marc Bosman walked up the steps of the European Court of Justice in late 1995, I wonder did he realise that the actions he was about to take, would play a huge part in ending football as we knew it? On the 15th December that year, loyalty in football officially died. So did the English youth football structure.

The landmark decision to allow players  in the final six months of their contract to openly negotiate deals with other clubs and leave for free when that contract expired set in motion a trend of debt, greed and selfishness that had never been witnessed in football.

Some will argue that the new ruling was the correct one for the players, as clubs effectively no longer had the right to dictate their futures by refusing to allow them to leave the club without a suitable fee. However, what about the clubs who invested their time, resources, money and trust in a player for four years and end up with nothing? Was the shift from club power to player power, such a good thing? Surely a better balance could have been found.

Within a few short months, the world transfer record that had remained unchallenged for four years was broken. A stagnant market suddenly became lithered with multi million pound deals and that record was broken every year for the next six years. Players’ wages rose to unmanageable levels with agents making six and seven figure fees for each major deal signed. It just spiralled and spiralled.

When a player signs a contract for four years they are essentially only signing a three year deal. The last year, or even in a lot of cases well before that, is spent trying to renegotiate. This puts all the power to the player, who quite often demands and obtains pay rises of obscene levels. If they decide not to sign, they can command signing on fees and even further wages increases with a new club, who get them on the cheap.

Take the recent Wayne Rooney transfer fiasco and all the conspiracy theories that came with that. While most were exactly just that, some of the root problems were steeped in Bosman consequences.  United were being forced into a corner by Rooney or as Sir Alex Ferguson suggested, agent Paul Stretford. Rooney was at the time entering the last stages of his contract. As every potential transfer window passed, United stood to lose millions and millions on his value. The most pessimistic of United fans believe that the deal was signed just to ease the vultures gathering on Rooney and up his value again for when he does leave. A hefty pay rise makes it a win win situation for Rooney and even with his questionable form the Bosman ruling ensured he would never go hungry.

A side effect of the rule was the removal of restrictions on foreign players across Europe, again bringing consequences. On the opening day of the premiership season in 1992, only 11 non British or Irish players were in the starting line ups for all 22 clubs combined.

Ten years on from the ruling in 2005, just under 50% of the entire registered playing staff were foreign. That number is now standing just shy of 70%. More choice, more free agents. Less chance for local lads to shine, the need for instant return became greater. And the effects of this are clear now.

Look at the current plight of the English international side with high profile failure after failure in every major tournament. In the early years of the last decade, England believed they could emulate the work of the French, famed for their footballing academies.  A huge focus on youth development followed and subsequently the “90 mile rule” was introduced. Players under the age of 16 were restricted to playing for clubs only within a 90 mile radius of their home.

What has it achieved? Zilch. Despite almost £200 million worth of investment in underage football, not one of the players on show during England’s disastrous defeat to Germany in South Africa had come through this restructured system.

Instead, what it did lead to was a refocus of the big clubs on where they would concentrate their youth investment. Cesc Fàbregas and a host of other international super kids arrived at Arsenal. United, traditionally the masters of youth development, turned to the likes of Gerard Piqué, Giuseppe Rossi and Federico Macheda to bolster their ranks.

All of these players plus dozens more were offered professional contracts and arrived before their 17th birthday, something not allowed in countries like Italy and Spain but still past the age cut off for the 90 mile rule in England.

We have now seen the introduction of the home grown rule, with squads limited to 25 players over the age of 21. Eight players must be home grown. This will help to slow down the rate of foreign influx, but the damage of the past 15 years could take an age to clear.

The ruling too has been the scourge of our esteemed friends in Uefa who believe that it has directly created the gap between the so called elite clubs and the rest. They have tried to introduce measures to combat this, with their failed 6 + 5 rule being the most infamous. Every new measure has Mr Bosman standing in their way.

On the 15th December 1995, football changed for ever. 15 years and one month on, the footballing world is still reeling from the events in Luxembourg that day. Countries like France and Spain had their own programs in place since the early 1990’s but the English FA are still playing catch up. And so are the bank balances of the majority of European clubs.

You can read more of Ed’s musings by following him on Twitter.

6 thoughts on “Off the Cuff: Did the Bosman Ruling ruin football as we knew it?”