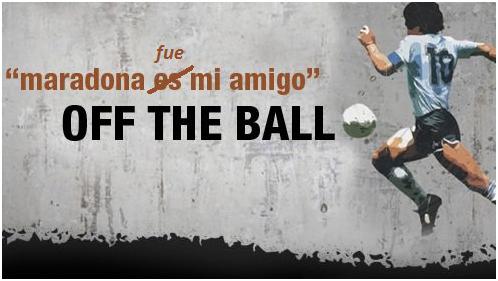 I awoke Tuesday morning to a feeling of emptiness. A sense of confusion eased only temporarily by the faint, despairing hope that it had all been a bad dream. Crushingly – it hadn’t.

Late on Monday afternoon, news began to break that the Off The Ball sports radio show that many of us (33,000 men, 6,000 women according to official Newstalk released figures) knew and loved was to continue no more in its current form. Following 18 months of discussion over how best to further develop the show, including plans to move to an earlier slot, “fundamental differences” developed between station bosses and the show’s crew, and with management refusing to bend, Eoin McDevitt, Ken Early, Ciaran Murphy, Simon Hick and Mark Horgan chose to part ways with the national broadcaster.

There are, according to the Kübler-Ross model, five distinct stages of grief. Between 5pm and 11pm on Monday evening I suffered manfully through three of them – acute Denial (“This can’t be happening, this is one of Murph’s terrible jokes gone too far”), histrionic Bargaining (“I’ll do anything just to hear one more episode of Country Pages or a gag about Posh Boy’s affluent upbringing”), soul-destroying Depression (“What’s the point of anything anymore? I can’t live with the prospect of a life without Ken’s dulcet tones set over Herbie Hancock’s unique brand of electro-funk ”) . Two remain, yet I am committed to fulfilling only one – on the way to finally achieving acceptance, I wish to bypass anger.

It is an oft peddled, and so far to be incorrectly-proven cliché that all good things must come to an end. Over the course of the past five years in which I have been regularly (at times, religiously) tuning into OTB my mind occasionally wandered to a point where I found myself confronting the inevitability that one day, the show will be no more. Much like the unpreventable passing of a loved one, the conscious/sub-conscious mind does not like to dwell on such tormenting thoughts however, and I never got far in theorising how it might all one day break down. Now that it has occurred, I am determined not to lament the many ways in which my weekday evenings are emptier but instead, feel privileged that I was able to enjoy what was for many Ireland’s greatest ever radio show.

OTB was more than a nightly three-hour radio slot. Originally conceived in 2002, it grew into a pseudo-community for like-minded souls, a refuge from a world where sports reporting is tired, lazy and bursting to the seems with ex-pros fresh out of broadcasting courses and determined to extract every ounce of value from what they paid by repeating ad-nauseum as many sporting clichés as they possibly can before the camera or mic is removed from them. OTB was a very basic concept – report sports news informatively, yet innovatively. The crew knew what was important and when, and were brazenly unfazed at the idea of filling the spaces in between with often ridiculous soundbites and completely off-topic ramblings.

It is wholly understandable that casual radio listeners may have tuned in at various times over their three hour slot and wondered if a completely different show was on the air each time. Heated debates with revered sports stars and journalists and regular slots with some of the worlds best sports reporters were interspersed with the mocking of rural newspapers, “prank” phone calls to Welsh rugby shows and contrived stories about one of the presenter’s past experiences as a trialist with Marseilles.

To some (mostly infrequent listeners) this bothered them. To others, as the countless testimonies flooding into their social media pages attest, this was exactly what they never realised they’d needed. OTB was a show you just liked hanging out with – a best friend that you could spend all day with and rely on to accompany you on nonsensical drunken adventures yet sober up immediately once a situation called for it. To offer a flavour of this, within five weeks of deservedly earning worldwide acclaim for their determined and consistently excellent reporting of the Lance Armstrong doping case, full segments of the same show were being spent discussing the troubles of Richard Sadlier’s ageing, constipated, epileptic Victorian Bulldog. This was like nothing any of us had known before, nor likely what we may come to know in the future. It was ridiculous. It was sublime.

In a way, there is something beautiful about how OTB (as it was) has ended. A show dedicated to reporting on the wonderful world of sports has gone out in its prime like so many of its colourful past heroes – Eric Cantona, Magic Johnson, Michael Jordan, Bjorn Borg to name but a few. Of course, OTB as a brand continues in its regular slots under the direction and presentation of Ger Gilroy, its founding father all those moons ago. Personally I have no problem with Gilroy, he is a composed, educated and informed presenter, yet it just isn’t the same. Gilroy is steady in the same way a retired teacher used come back to substitute your secondary school classes. He knows what he’s doing, and he commands respect, but those listening to him know something just isn’t right, and the attention isn’t there.

Focus now turns to how “the lads” will next appear and as much as it pains me to say it, I hope it is away from radio. The concept has been done, perfected. In whatever way it could come back over the airwaves, it could never be the same – the momentum has gone. The keener sports fans among you will notice that many of the afore-mentioned athletes attempted a comeback, and in no case did it result in their reputation coming out the better for it. What is for certain, is that there is real talent within the quintet and I hope they can continue the trajectory of their careers in an upward fashion. In my view opportunities for real change are available in Irish media. McDevitt is a gifted broadcaster and I would hope that he can find a deserved spot on mainstream television, perhaps with Ken involved. A Sky Sports styled revamp of RTE Sport certainly wouldn’t be amiss, and with Herlihy, Dunphy, Giles et al owing the nation nothing perhaps the winds of change could sweep through Montrose? I just hope I don’t one day have to see Murph gormlessly begging for chips outside the Harcourt Diner whilst telling anyone who’ll listen that Sile Seoige once fancied him…again.

5 thoughts on “Off The Ball. In Memoriam.”