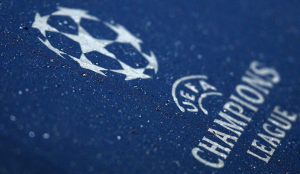 Barely a month has passed since the 2012/13 UEFA Champions League came to a conclusion but already draws for the qualification stages of Europe’s club competitions have taken place, signalling the start of the new campaign.

The sides representing Northern Ireland’s Premiership have already learnt their fate and although outfits from the world’s second oldest league have traditionally struggled to get past the first qualifying rounds of Europe, maintaining somewhat of a ‘minnows’ status in continental competitions for some time, the four Belfast clubs will be hoping that their respective fortunes can be slightly different ahead of the European adventure.

The 2012/13 Danske Bank Premiership was viewed by many as a breath of fresh air and, to an extent, re-ignited the passion of the ‘local’ game. Giants were toppled in the form of the traditional ‘Big Two.’ Linfield, having previously won seven league titles in nine seasons, were far from their usual dominating self, while Glentoran, plagued with their financial dilemmas, even faced the prospect of liquidation.

The league was taken by storm by a young Cliftonville side, armed to the teeth with local home grown talent, who looked set to clinch a domestic treble with their North Belfast rivals Crusaders hot on their heels. However, it was Glentoran who, faced with extinction, came back from near death to spoil Cliftonville’s chance of a treble by clinching the Irish Cup in extra-time.

Northern Ireland’s elite will therefore be hoping to carry last season’s mould breaking attitude with them into the European qualifying stages in an attempt to muster a valiant cup run; or at least get past the first round! The outfits will be under no illusion of the monumental task which lies ahead, but as demonstrated by southern neighbours Shamrock Rovers only two seasons ago, the chance of a side from the Emerald Isle reaching new heights in Europe, although extremely rare, is not an impossible dream. Here is a run-down of Belfast’s quartet as they prepare for their European opponents:

European fever has gripped Northern Irish Champions Cliftonville, who will compete in the Champions League qualifiers for the first time since the 1998/99 season. That campaign was one to forget for the Reds however, as they suffered a 13-1 (yes, thirteen) defeat on aggregate at the hands of Slovakia’s FC Kosice.

Despite the heavy loss of 15 years ago, the Solitude club will enter the tie in the knowledge that they have managed to keep hold of their youthful double winning side; a group who looked to fear no one as they laid waste to other Irish League clubs throughout the 2012/13 campaign.

It will be a colossal, yet mouth watering task, for the Reds as they are set to face giants Celtic, who secured a last 16 finish of the Champions League last year. Both clubs are extremely familiar with one another, having met in each other in exhibition matches, with many Cliftonville supporters holding Celtic as their second team. Expect a full capacity at Solitude for this special occasion in Belfast.

Clitonville’s best finish in European competition came three years ago as they reached the third round of the Europa League when they were eventually knocked  out by Bulgarian side, CSKA Sofia.

In contrast to Cliftonville, last season’s campaign was one that Linfield fans were quick to forget as the Blues recorded their worst league finish in 10 years.  Before the 2012/13 season had even come to an end, Linfield boss David Jeffery declared his intention to rebuild his squad back to their Championship winning ways. They have wasted no time and have been quick off the mark with signings that include ex-Northern Ireland goalkeeper Jonathan Tuffey and experienced Irish League stars Andrew Waterworth and Sean Ward, from bitter rivals Glentoran.

Linfield will be eager to declare a bold and early statement of intent to their rivals as they look to take back their thunder, and a positive display in the early stages of Europe will certainly be one way to do it.

The Windsor Park outfit have put in some valiant performances in Europe in recent times and have been relatively unlucky to get drawn against the top seeds of their round. Despite this, in the past five years the Blues have recorded draws against the likes of Rosenborg, Dinamo Zagreb and Bate Borisov, all of whom have reached the group stages in that time frame. Considering Linfield are only a semi-professional outfit, who are still in pre-season during the qualification period, it is a rather noteworthy accomplishment. While it has been a case of so near yet so far for Linfield in Europe, the Blues now possess the advantage of being one of the seeded coefficients in this year’s Europa League and will be hoping to build on this as they try to further themselves in continental competition.

For Linfield, it is set to be another trip to the Faroe Islands as they take on IF Fuglafjorbur. The Blues saw off Faroese opponents in last year’s Champions League when they beat Torshaven side, B36. David Jeffery will be hoping for a repeat of last season as his side travel to the archipelago for the second time in two years. Should the Blues progress from the first qualifying round, they would face Skoda Xanthi of Greece.

Linfield’s most successful moment in Europe will undoubtedly be reaching the quarter-final stage of the European Cup in 1968. After overcoming Aris of Luxembourg and Norway’s Valerenga, the Blues were eventually eliminated by CSKA Red Flag, today known as CSKA Sofia.

Similar to their fierce rivals, Glentoran can also lay claim to reaching the last eight of a European competition. The East Belfast side reached the quarter finals of the now defunct European Cup Winners Cup where they eventually suffered a heavy defeat at the hands of West German giants, Borussia Mönchengladbach.

While they have flirted with some of Europe’s elite in the past – Juventus, Benfica and Ajax to name but a few – the Glens have really been brought back to earth in recent times. Unpaid tax bills, failure to pay players and the prospect of winding-up orders were all too common at The Oval last season. Morale in East Belfast seemed to be at an all time low.

But while the club’s very existence was under threat during the 2012/13 season, Glentoran pulled off the unexpected by claiming the Irish Cup, thwarting Cliftonville’s chance at a glorious treble and qualifying for the Europa League.

Financial restrictions have resulted in a limited transfer policy for Glentoran, who have had to look to develop younger talent rather than attract the league’s top players, as was the norm in recent years. This summer they have lost two of their most established players to rivals Linfield, as well as long term servant and captain Colin Nixon, who retired in May.

The side will therefore be looking to their enthusiastic youngsters on the back of the successful cup run, who captured the essence and magic of the Irish Cup, to have a crack at the European playground.

Glentoran will begin this year’s European campaign in Iceland as they face KR Reykjavík. The sides met only 3 years ago with the Icelandic outfit claiming a 5-2 win on aggregate. A trip to Belgium to face Standard Liege is on the cards, should Glentoran progress to the next round.

The Hatchemen enter the Europa League qualification stages as runners-up of the Dankse Bank Premiership and were the only side who looked to give their North Belfast neighbours, Cliftonville, a run for their money in last season’s league campaign.  Although they finished 8 points off the eventual winners, the Crues went the season unbeaten at home and will be looking to utilise their fortress, Seaview, to their advantage in Europe.

Out of all the clubs representing Northern Ireland in this year’s European competitions, Crusaders have been the most subdued of them all and have never progressed through to the next round of European competition in their history. Over the years, they have encountered opposition closer to home in Europe such as Liverpool FC, Newport County and as recently as 2011 met Fulham in the Europa League.

Crusaders will be very familiar with their opponents, Rosenborg, who they faced in last year’s Europa League. Stephen Baxter’s men will be hoping to use their unbeaten run at home to full effect as they face one of the top seeds in the draw.