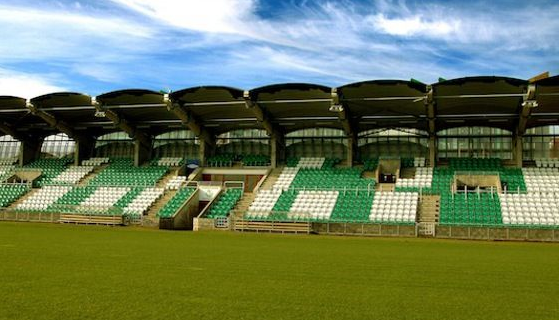 Linfield and Shamrock Rovers played out a decent game of football on a cold and miserable Monday night, probably the most positive thing for yours truly having to brave the elements.

Linfield, on the other hand, were determined to put up in a good showing but you quickly got the feeling that the performance was being driven from the fact they were playing south of the border.

The occasion was the main talking point, as it always is on days like this. When two giants of the game come together the country they reside in sits up and takes notice, and the battle of North v South is always something that creates talking points.

From early on the chants started from both sides. The fnas threw toilet paper. They made rude gestures towards the opposing fans.

That turned out to be the most exciting part of what was supposed to be a massive spectacle but ended up more like a damp squib.

Linfield were riled up and ready to go but couldn’t handle the sheer dominance from a Rovers side led by midfield maestro Ronan Finn. The Tallaght side ran out comfortable 4-1 winners in the end.

The culture of sport in Ireland means that there is a nasty competitive streak when it comes to a battle of territories.  This is evident especially when the North and South lock horns.

After the game, reports started filtering through that crowd trouble was being highlighted. Some fans from the Linfield end had hoisted up a Union Jack flag to taunt the Shamrock Rovers fans on the other side.

The “tougher” element of the Rovers fans are a group called the “SRFC ultras” and they drummed up a massive support among the home crowd with a growing sense of tension right throughout the stadium.

After the match that escalated but the groups involved were out thought and out muscled by the numbers of Gardaí who let it be known that they weren’t taking any trouble from fans.

For someone like myself, who was a first timer at this occasion, it was eye opening but I also had a sense of “don’t hang around here for too long”.

The cops came prepared that the worst could happen, however the worst was left at home it seems.