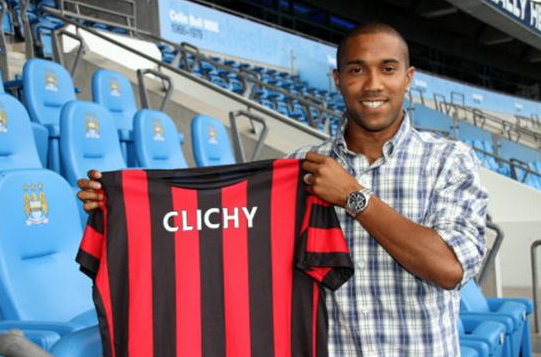 Much of the summer’s transfer gossip appears to gravitate around North London; Gareth Bale and Luka Modric have had constant interest from many top clubs, whilst Gael Clichy has departed and Cesc Fabregas and Samir Nasri are apparently constantly close to leaving the Gunners, and both clubs have a long list of potential transfer targets. However, their approaches to the transfer market, whilst admittedly economically viable, appear to actually prevent the growth of the two clubs as they strive to keep up with the juggernauts that are Liverpool, Manchester United, Manchester City and Chelsea.

True, financially, the two clubs are some of the best run in England. Both teams have a rigid wage structure and policy of buying players with a strong resale value – the likes of Michael Carrick and Dimitar Berbatov, who provided Spurs with over £35 million profit, and with the likes of Emmanuel Adebayor providing £18 million profit (not to mention the potential resale profits in Nasri and Fabregas), indicate that both clubs refuse to sell a player at a loss. Conversely however, this therefore becomes problematic as, whilst chairmen doggedly negotiate prices, vital time is lost that could be spent conferring on potential replacements.

Berbatov is a prime example. With United offering £30 million and Spurs (specifically Daniel Levy) wanting £32.5 million, a stalemate emerged that lasted much of the final few days of the transfer window. When he was eventually sold, albeit for Spurs’ valuation, they had no time to find and negotiate for a replacement, and consequently gained just two points from eight games. This spelled the end of Juande Ramos at the beginning of the 2008-09 season, and effectively transformed their season from European aspirations to a relegation dogfight. The Fabregas transfer saga also threatens to turn into such a debacle.

With the millions that are being pumped into Manchester City and Chelsea, not to mention the resources available to the likes of Liverpool and Manchester United, the North London clubs threaten to be left in the dust. United have already staked their claim for the upcoming season with Phil Jones, Ashley Young and most recently David De Gea, addressing their problem areas whilst rebuilding for the future as well; it can only be a matter of time before the likes of Chelsea and Man City follow suit. Liverpool have also bought a new forward line, and a useful midfield acquisition in young Jordan Henderson too. Whilst the majority of these transfers are generally agreed as being for grossly inflated prices, in the modern world this is what needs to be done in order to sign players quickly.

Whilst Spurs and Arsenal may not have the exorbitant budgets of the aforementioned clubs, the refusal for them to either buy or sell for comparatively small differences in profit margins mean that they are going backwards. In response to the other clubs’ big spending, Spurs have bought Brad Friedel, an astute, yet uninspiring signing, for nothing, whereas Arsenal have acquired Carl Jenkinson from Charlton. They are hardly a Luis Suarez or an Ashley Young, and Friedel is also a ridiculously short-term answer to a problem that has afflicted Spurs this season.

Both managers appear to be ‘bargain shopping’ without considering the needs of their teams; Spurs must have four good, but not necessarily world-class goalkeepers, and countless midfielders, yet they are constantly linked with more midfielders – Scott Parker in particular – and goalkeepers, whilst neglecting their waning strike force and unreliable defence, which in my opinion cost them a Champions’ League spot in the second half of the season. Arsene Wenger too appears to signing distinctly average players in bulk, supplanting his team’s defensive frailties by signing the likes of Laurent Koscielny, Sebastien Squillaci and Wojciech Szczęsny, who we have seen this season are not up to Premiership, let alone Champions’ League standards.

Spurs desperately need strikers, whilst getting rid of the fringe players in their ranks (David Bentley, Jermaine Jenas, Alan Hutton, Wilson Palacios and Robbie Keane for starters), but appear to be unable to buy the former and sell the latter, partly because of their policy of profit margins. Arsenal appear to be having a similar problem, refusing to pay over-the-odds for the likes of Gary Cahill, Shay Given and Pepe Reina, and becoming therefore stuck with the likes of Manuel Almunia and Squillaci –  which any Arsenal supporter would tell you, is not a good place to be.

Call them both financially astute, as the two teams undoubtedly are, they are in desperate need of taking a few more risks. Rather than to base their transfer policies solely upon balancing the books, if they wish to keep up with this new generation of the big-buying, oligarch/oil baron-funded (delete as appropriate) clubs they need to spend. And quickly. Whilst I agree that the type of spending which Manchester City are likely to do is obscene and unsustainable in the long term, I also feel that the North London clubs are missing a trick by being so rigid in their transfer policies, and that it may mean that as a result they are slugging it out for a Europa Cup spot, rather than playing with the big boys next season.