With the April 4 North American Soccer League (NASL) spring regular season opener on the horizon, the clubs have been hard at work in the preseason and it’s not too early to start discussing who is looking like legitimate title contenders.

Obviously, teams can still make major moves before spring season starts to shake up the list of contenders. Eleven clubs are competing to win the 2015 NASL Championship, to include the expansion team out of Jacksonville, Florida.

We will reflect on where each team stands heading into week one of the campaign for a fun reminder that soccer remains the most unpredictable sport in the world.

Not everyone will be satisfied with their team’s position, so feel free to throw eggs and barbs at this  scribe’s commentary below. 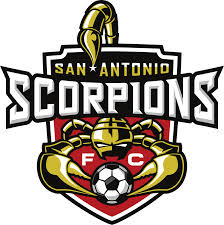 We will begin with last year’s champion, the San Antonio Scorpions. They are still the best team in the NASL. It was true in late November, it was true in early 2015, and it is true now. It is tempting to call the defending champs the odds-on favourite to repeat.

The San Antonio Scorpions won the 2014 NASL championship in impressive fashion, with a perfect bicycle-kick goal of the ages by re-signed Rafael Castillo, now a Scorpions legend.

As spring training intensifies, the Scorpions are focused on defending their NASL Championship by signing two former Colombian youth internationals, 6’1” Eduar Zea, and winger Cristian Palomegais. Both are powerful, fast and young.

According to head coach Alen Marcina, the team’s mindset, mentality and soccer philosophy has not changed. The Scorpions recorded a first victory over Major League Soccer’s FC Dallas, by two goals to one, in the Deep Root Funds Cup.

Scorpions will open the 2015 season against Tampa Bay Rowdies in San Antonio on April 4, 2015. 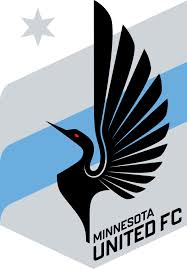 Minnesota United FC was one of the NASL’s hottest teams during the 2014 season, and they finished the year higher than most expected. Getting to the playoffs is very impressive for the team who lead the league with 47 goals.

This is also a team with strong coaching and talent on offense with the re-signing of Christian Ramirez, the 2014 NASL Golden Boot winner, and Miguel Ibarra, who was called up to the United States National Team; along with the signing of Brazilian central midfielder Ibson.

The club is currently training in Brazil as part of its pre-season strategy. Player speed is the name of this game, combined with established talent surrounded by core players.

Minnesota will open up their season against Tampa Bay Rowdies at Al Lang Stadium in Tampa, Florida on April 11, 2015. 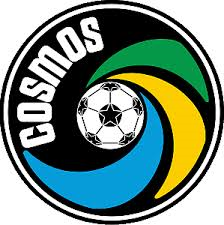 It’s hard to be a New York fan and not like these Cosmos. The offense looks impressive with the acquisition of legend Raul in their classic tradition of signing big-time vintage international superstars.

The Cosmos added a new dimension to their attack with the former Real Madrid star, where he debuted at 17, the youngest pro to ever play for that club. He led them to six La Liga titles in 16 years.

The question remains – is there enough gas left in the tank for Raul at the ripe age of 37?

The club is on an eight-week training program that included international games against clubs in South China, Hong Kong and currently El Salvador. 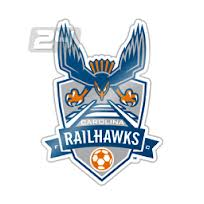 Carolina Railhawks looked like a freight train out of control to begin the season in 2014, but has remained a high-power locomotive engine during preseason.

The Railhawks enter the 2015 season with numerous notable signings like Gambian international Mamadou “Futty” Danso. Signing “Futty”, a defender, to a multi-year deal could be the key to a deep playoff run for the Railhawks.

The club’s current training schedule has Carolina playing against lower level-clubs and a second division club from South Korea. This past week Carolina defeated Sol E-Land FC after a penalty shootout.

Carolina will play against Ottawa Fury at Wakemed Soccer Park on April 4, 2015.

2015 begins with members of the soccer media – myself included – thinking that the Tampa Bay Rowdies could be the dark horse contender to win the 2015 NASL Championship.

The Rowdies begin their quest by attempting to bring back the glory days of 2012 with a new coach, Thomas Rongen, several key signings and a dedicated ownership group.

The lack of defence for the most part of 2014, with the most allowed goals by any NASL side (50), tied with the Atlanta Silverbacks for dead last. The Rowdies have signed proven NASL players for the upcoming 2015 season to reinforce the defence.

The group consists of midfielders Marquez Fernandez and Jeff Michaud, defender Zac Portillos and goalkeeper Chris Glodack. The Rowdies added a dynamic attacker to the roster mix with the signing of 29-year-old Zak Boggs.

For the first time in modern club history, the team trained in Portugal for pre-season where they have won two games and recently tied 1-1 against Alcanenense in Rio Major.

The Rowdies will open the 2015 season against the 2014 Soccer Bowl Champions, San Antonio Scorpions, in San Antonio on April 4, 2015. 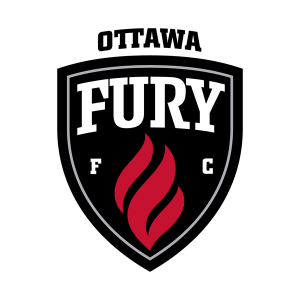 The Fury re-signed their 2014 leading goal scorer for the club, Oliver – yes, he came back like Gage in “Pet Cemetery” after being buried in the 2014 standings in the number eight position. The Fury has made technical player adjustments, but have gotten a late start to pre-season training.

The Fury side picked up their first preseason victory of 2015 on Friday afternoon in Toronto with a 3-2 win over United Soccer League third division Toronto FC II at the Kia Training Center.

They play against Carolina Rail Hawks at Wakemed Soccer Park on April 4, 2015.

For all of the chatter about the Jacksonville Armada, the club launched with 12 new signings during the pre-season, the most of all of the NASL clubs. Understandably, arming a fleet takes careful planning.

Armada FC dropped anchor in front of a raucous NASL pre-season record crowd of nearly 14,000 and took down MLS’ Philadelphia Union 3-1 in their inaugural match at Ever Bank Field in Jacksonville.

If that’s any indication of the future, we should see the fleet closer to capturing the NASL title in 2015. The club is based in Jacksonville, Florida and has no plans to train overseas.

Jacksonville inaugural game versus FC Edmonton at Ever Bank Field on April 4, 2015.

There’s mixed reviews for the Eddies at this stage of the game. Thus, they stand pat in our rankings, with a roster that features a large returning contingent from last season’s squad that narrowly missed out on a playoff berth after a strong fall season of play.

Edmonton is scheduled for three friendlies with other NASL clubs and on March 31 they will play MLS’ Orlando City SC.

In their regular season opener, The Eddies will play away at Jacksonville, Ever Bank Field on April 4, 2015.

2014’s most surprising club, the Fort Lauderdale Strikers, are now sporting famous retired Brazilian international mega soccer superstar Ronaldo, who recently became part-owner, boasting on ESPN about his return to soccer to play for the Strikers.

The club surprised everyone by reaching the final Soccer Bowl championship game using their raw talent of players coming together at the right time, exceeding everyone’s expectations, including those in the local South Florida media.

Not signing the number two scorer in the NASL for 2014, Fafa Picault (12 goals), could prove to backfire on the club. Most teams try to keep their core championship players, not dismantle a club, and rebuilding will take time.

The Strikers hired a new coach, Marcelo Naveleff from Argentina, and is currently training in South Florida. We place the Strikers near the bottom of our rankings based on these disruptions.

They open up their season against the New York Cosmos at Lockhart stadium, Fort Lauderdale, Florida on April 4, 2015.

Indy Eleven finished second-to-last in the 2014 NASL standings. It’s nothing to be proud of and there are not many positives coming out of the Indy Eleven camp, other than news on building a new Soccer Specific Stadium.

Indy Eleven has exercised to re-sign most of their core players. They also signed Honduran midfielder Sergio Peña, and his countryman Osman Melgares, along with forward Wojciech Wojcik.

The club finished preseason training in Casa Grande, Arizona, and their strategy to play friendlies versus university teams rather than MLS clubs could be a mistake for spring season.

Indy will play against the Silver Backs at Carroll Stadium on April 4, 2015.

It was a long, dysfunctional and frustrating year for the Atlanta Silverbacks. 2014 was a disappointment on and off the field as the Silverbacks finished dead last with 23 points in the standings.

This is not what they had hoped for when they hired former United States Men’s National Team legend Eric Wynalda as their head coach, but when the Silverbacks decided not to renew his contract, first year coach Gary Smith took charge.

He has wasted no time getting to the task at hand by signing Shaka Bangura and former Dutch youth international Hans Denissen, who join Jaime Chavez and Matt Horth as part of his re-building process.

Silverback players showed up late for camp when most NASL clubs were already training and they chose to play university teams for the preseason rather than MLS clubs, or travel overseas to train. It is for all of these reasons that we rank the Silverbacks dead last.

They open the NASL season on April 4 against the Indy Eleven at Atlanta Silverbacks Park.

Freelance Writer, Soccer Analyst. Writes mostly on North American Soccer League NASL, MLS and World Cup with contributions to other sites including www.Worldsoccertalk.com. Based in U.S.A. Find me on Twitter @empiremaker881 to discuss all things football. Soccer is like your best friend, it’s always there for you when no one is. Writes mostly on Premier League, A-League and MLS with contributions to other sites including