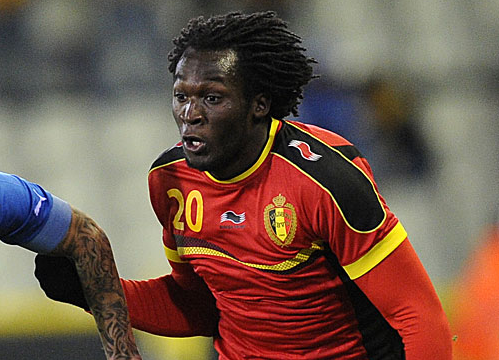 With the World Cup just days away, Brazil is welcoming the best footballing talent from around the globe. Some of the players participating in Brazil are yet to test themselves in the Champions League, football’s biggest club competition. Here are eleven players who’ll be introducing themselves to us in the World Cup and may be doing so in Europe soon enough.

The 22 year old keeper is currently playing for Club Brugge in the Belgian Pro League since joining from A-League side Central Coast Mariners in 2013. Ryan made 14 clean sheets in 38 appearances for Club Brugge and was awarded Belgian Pro League Goalkeeper of the season for 2013/14. Ryan has made six appearances for Australia so far and looks to be first choice keeper for the competition. Ryan now has the unenviable task of keeping between the sticks for the Socceroos in a group including Spain, Holland and Chile.

The 21-year-old left back has just come off the back of a spectacular season which saw Wolfsburg finishing only one point off 4th spot in the Bundesliga. The Swiss international finished the season with four goals and nine assists in 34 appearances. Rodriguez was also ranked 9th in the Bundesliga for key passes with 2.3 per match, 2nd in accurate crosses per match with 2.1 and 15th in tackles per match with 3.1. The Wolfsburg defender was a key member of the team and proved to be a top class provider for his teammates from crosses, free-kicks and corners. Rodriguez is sure to be adding to his 20 caps and will be a key member of the Swiss team who are expected to progress.

The 22-year-old Feyenoord centre back is a product of the youth academy and has made 154 appearances since joining the senior team in 2009. The Dutch international has also progressed through the national side since U16’s and has made 12 senior international appearances. De Vrij looks to be set for a starting role as the absence of Strootman will move Blind into midfield with Martins Indi likely moving to the left. De Vrij has found some fine form towards the end of the season and should make a notable contribution to Holland’s tournament with his good defensive positioning and imposing frame.

The 21-year-old Mexico international is currently playing for F.C. Porto after moving from Mexican side C.F. America in 2013. Reyes spent most of this season playing for Porto’s B team but was involved in the main squad towards the end of the season, contributing to their Europa League campaign. Reyes also made a notably fine performance against Sevilla in their home leg of the Europa League semi-final. Reyes has made 12 appearances for Mexico since making his debut in 2011 and should add a few more in Brazil. Mexico have a fairly even group and a few good performances from Reyes could see Mexico progress.

The Ivorian international at only 21 years of age was arguably the best performing right back in Ligue 1 last season. The Toulouse full back managed an impressive 6 goals and 7 assists in 34 Ligue 1 appearances. Aurier is a very attack minded full back who is sure to excite in Brazil. Aurier has impressed so much so that veteran defender Emmanuel Eboue has been kept out of the World Cup squad by the young prodigy. Aurier is guaranteed to add to his 6 caps in Brazil and will be looking to impress possible suitors Arsenal, who are looking to replace the departing Sagna.

The Angola born Portuguese international was a key member of Sporting’s 2nd place finish in the Primiera Liga. Carvalho is a physically imposing defensive midfielder who possesses lots of ability. The-21 year-old is capable of both running with the ball or picking out a teammate, and is also very accomplished at tackling and preventing danger from approaching the back line. Carvalho has only made three appearances for Portugal to date but looks to be working his way into contention and despite his age should be involved in the World Cup regardless of being in a difficult group.

Pjanic is probably the most accomplished player in this list but it’s completely justified as the Bosnian has been outstanding for Roma this season. The 24-year-old has played all over the pitch this season and this proves what an able footballer he is, as he hardly ever looked out of place. Pjanic has the ability to do a bit of everything from free-kicks to exceptional passing and phenomenal creativity. Bosnia are set to compete in their first ever World Cup and if they’re going to be successful it’s likely Pjanic will be responsible.

The 20-year-old Croatian midfielder is currently playing for Seria A side Internazionale. Kovacic is an extremely gifted footballer who has an almost Messi-esque ability to effortlessly glide past defenders whilst keeping the ball glued to his feet. Kovacic is a player who likes to operate behind the striker and draw in defenders before picking out a teammate but can also play deeper and make a defensive contribution. The Croatian international has already made ten appearances for Croatia and should add to that in Brazil. The creative midfielder is likely to play in the hole ahead of Modric and Rakitic and just behind Mandzukic to produce a deadly attacking quartet.

The English international has just finished a superb season for Liverpool which saw them agonisingly miss out on the title. The 19-year-old winger was a menace down the wing for Liverpool and produced nine goals and five assists this season. Sterling is yet to make an impact as an England player despite showing glimpses of promise. The England international should definitely be utilised as another dimension to an often slow and monotonous England attack especially as Oxlade-Chamberlain seems to be ruled out with injury. Sterling looks to have a bright future ahead of him and after a career defining season for Liverpool which saw him rewarded with a mouth-watering contract he’s sure to make an impact for in Brazil when given a chance.

This is a wild-card addition for me as James Rodriguez is sure to be a bigger impact and is a better player than Fetfatzidis, however I had to add a Greek player being Greek myself. The 23-year-old international is currently playing for Seria A side Genoa and has made 31 appearances after moving from Olympiakos. Fetfatzidis has struggled to break the starting XI for Genoa with only 11 starts but has shown glimpses of magic including his 21 minute appearance against Roma in the last game of the season where he scored the winner in a 1-0 win. Fetfatzidis has almost mastered his impact role which was shown in both meetings with Lazio, scoring one and setting up another in only 78 minutes of play. The Greek international has also struggled to break the starting XI for Greece but should surprise spectators who are used to watching a very strategic approach from Greece with his superb technique and dribbling ability.

By now everybody should know what to expect from this mammoth Belgium international. Lukaku has been scoring consistently in the Premier League since his loan switch to West Brom in 2012. The Belgium international is yet to make an impact for his parent club Chelsea but is sure to prove to Mourinho what an asset he has in the 21-year-old. With Benteke injured, Lukaku will be expected to be the spearhead of a devastating Belgian attack with the likes of De bruyne, Hazard and Mirallas providing the chances. Lukaku is a very capable player and with goals in both of his last two Premier League matches and another against Sweden for Belgium he looks set to be on form on the world stage.