The fallout from Rebecca Wilson’s Daily Telegraph weekend article, which names 198 fans banned from A-League grounds, threatens to damage more than just the reputation of the sport itself.

The front page of the newspaper, as well as an online gallery, carries details from a leaked report of supporters’ indiscretion, the origin of which is still to be confirmed.

The important thing to remember is that it is a list of fans who are banned, not fans who are guilty, and some of the named are minors.

Back Page Football is aware of one supporter who claims he has done nothing wrong but has no way to appeal the imposed sanction, a massive issue in an innocent until proven guilty society.

Others have already taken to social media and detailed how their employer contacted them about their name being up in lights.

Will Rebecca Wilson or the Daily Telegraph compensate these people should they face reprimand or other work related punishments?

Football Federation Australia (FFA) has so far been silent on the matter, leaving media outlets and social media users to speculate, and the ‘us versus them’ vibe continues to smoulder.

While there is no doubt an issue with the behaviour of some fans that attend A-League games, scaremongering does nobody any favours.

Radio host Alan Jones did his utmost to pour petrol on the flames when he compared football supporters to the terrorists who carried out the Paris atrocity less than a fortnight ago.

Jones has a chequered past when it comes to what he says on air, yet is still given a platform by 4BC with which to make wild accusations and analogies.

“Is this like terrorism in Paris? The leaders have no guts?” he said while interviewing Wilson.

When you consider that some of the stadium bans are for setting foot on the field of play and streaking, it’s massive jump to equate the issue to terrorism.

This isn’t the first time that a member of the media from outside football circles has gone over the top with their comments.

In February 2013, 3AW host Tom Elliott caused outrage not just in Australia, but the United Kingdom as well, when he brought up the Hillsborough disaster in a discussion about fan violence and behaviour at A-League games.

Elliott denied that he meant to offend but the mere reference to Hillsborough in such a context shows the level of naivety that is all too prevalent in influential media. 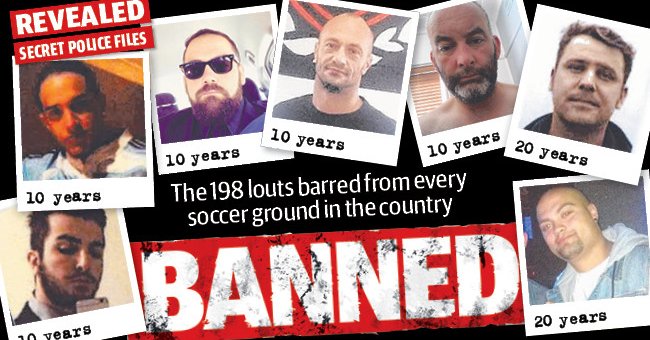 Going back to Wilson’s article in the Daily Telegraph, the lack of knowledge is catching as Police Commissioner Andrew Scipione dropped a line that would have been more at home in the 1980s.

“The last thing we want to get to in Australia is putting rival fans in cages like the UK model,” he said.

The landscape has changed over the past few years thanks to the more prominent role of social media, and there is a greater need to churn out content that will get people onto your website.

Today it emerged that 55 journalism roles are to be cut from News Corp, meaning the pressure is on to deliver content that brings in the dollars.

The likes of Wilson, Jones and Elliott certainly do their best to boost that metric, but at what cost?

This article first appeared on the excellent Australian website The Football Sack.