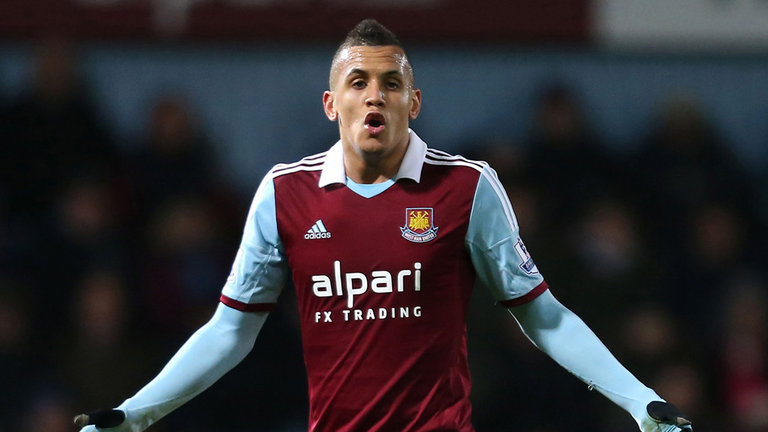 Given the general predictability of Roy Hodgson’s England reign, Ravel Morrison had the potential of being a rare wildcard.

Arguably the most naturally gifted Carrington graduate since Paul Scholes in 1993, the 21-year-old looked set to stake a claim for a World Cup place after an impressive start to his first Premier League campaign.

The West Ham midfielder’s inclusion would have been the perfect statement for Hodgson’s rebuilding project, ahead of the imminent international retirements of Steven Gerrard and Frank Lampard.

Thus, the 66-year-old – who has relied heavily on players aged 27 or above in the past two years – would be able to show that he is the man to lead England into the next stage of transition.

Going by Morrison’s mature displays in the first-half of the season, it was clear that the 21-year-old would play an important part in this vision.

Not only was Morrison’s talent, dribbling and finishing eye-catching in leading the line for West Ham; the youngster’s renewed application brought much hope.

After all, regarding Morrison’s off the field misdemeanours since the age of 17, it has been his attitude that has been the real issue.

Indeed, for all the talk of Sir Alex Ferguson’s patience with riotous footballers such as Eric Cantona, the ultimate fate of the likes of Paul McGrath, Lee Sharpe and Paul Ince all suggested something different.

Baggage was only tolerated if the player’s attitude compensated; with just 66 minutes of senior action earned in two seasons, Morrison was deemed dispensable.

Thus, incredibly, Morrison’s career at the top level looked finished before it had even begun after Lee Clark nearly terminated the 20-year-old’s loan spell at Birmingham due to Morrison’s poor application and attitude.

Remarkably, this was just 16 months after Morrison departed Old Trafford for West Ham.

Allardyce was not impressed – Morrison clearly felt he was the finished article and above the confines of the Championship.

Yet, amid all the wake-up calls Morrison has had since joining Manchester United in 2009, the Englishman’s work-rate improved dramatically under Clark and the winger started in the final nine games of Birmingham’s season.

Here is man who, yes, was raised on Wythenshawe – one of the largest council estates in Europe – but too many have tried to link this upbringing to Morrison’s future misdemeanours.

Reflecting this fact, the attractions of East London – such as the notorious Faces nightclub in Ilford – have yet to tempt Morrison and the midfielder has recently found God.

Of course, with Morrison’s previous, there is always a caveat: unsettled by talk of changing agents and a transfer bid from Fulham in January, Morrison’s performances badly tailed off amid West Ham’s relegation struggles.

Reflecting this, since 26 December, Morrison started just one game for West Ham – having started 14/21 matches up to this point.

Clearly, a loan spell was the only solution for the impasse and Harry Redknapp may be the man to get the 21-year-old back on track, again.

Having relished handling the likes of Paolo Di Canio and Paul Merson over the years, Redknapp will not be perturbed.

After all, in Morrison, he may have the final piece in his quest for automatic promotion.

While it may seem a backward step for Morrison, with renewed confidence under Redknapp, he is sure to emerge in the Premier League again.

Whether that is with Allardyce, and West Ham, remains to be seen.