The acquisition of David Silva is a clear statement of intent from Manchester City in the run up to the new Premier League season, but the constant spending could do more harm than good in the long run. 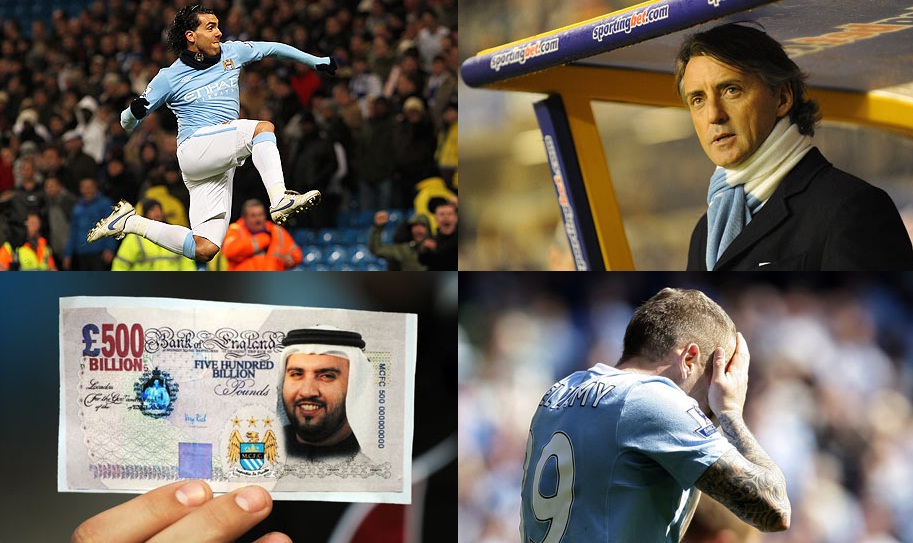 It’s not often that a mid-90s rap song gets me thinking about football, but that’s exactly what happened while I was listening to Notorious B.I.G.’s popular classic. The line that stood out was “It’s like more money we come across, the more problems we see”, and instantly I realised how incredibly apt this is for Manchester City.

Before the initial flood of cash back in 2008, City were the token yo-yo club having just come out of a spell that saw six promotions and relegations in seven seasons. They flirted with the odd superstar (Nicolas Anelka, Robbie Fowler) as well as former superstars (George Weah, Steve McManaman, David Seaman) but for the large part were made up of your average run of the mill Premier League or Championship footballer.

Fast forward two years however and it’s all change at the City of Manchester Stadium with some of highest paid players in the world competing against each other just to make the first eleven. 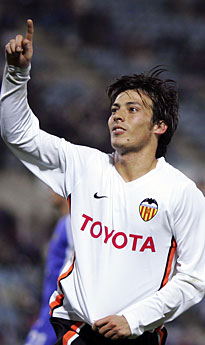 The David Silva signing looks all fluffy on the outside. He’s 24 years of age, a regular in arguably the best international side in the world, and has been courted by some of the top clubs around, yet he has joined a club that has never played Champions League football. “I want to say that I always hoped to come to Manchester City and I am excited about my future there,” he said upon completing the move. “They are a club with a great future with fantastic players. I want to be an important player in Manchester City’s history.”

He has said all the right things of course, but did he really want to come to dreary Manchester? Or was it the case that Valencia were in the position to sell and City were the only club to put up the money to meet the valuation of the player? The signing could potentially do more harm than good as it will undoubtedly unsettle members of a squad that is chock full of talent and egos in equal measure as competition for places becomes even more intense.

Silva is still in World Cup action and won’t join his teammates for a few weeks, a situation that fellow new blue Jerome Boateng also finds himself in. The defender’s move from Hamburg was confirmed on the eve of the tournament and big things are expected from the 21 year who has been a key figure in his nation’s run to the semi finals.

Last season’s second choice goalkeeper Stuart Taylor has left the club after his contract was not renewed, and that appears to give a clear indication that Joe Hart will be returning to the City of Manchester Stadium to battle it out with Shay Given for the number one shirt. Hart can count himself unlucky not to have featured for England during the World Cup following a superb season on loan at Birmingham City, and he may even begin the new campaign as first choice with Given still recovering from a shoulder injury sustained against Arsenal in May.

The signing of German international Boateng adds to an already impressive selection of young, athletic defenders. Vincent Kompany, Micah Richards and Nedum Onuoha are all under the age of 24, and are joined by captain Kolo Toure and Joleon Lescott as options for the two centre half positions. Throw Pablo Zabaleta and Wayne Bridge into the mix and you have plenty of options, though question marks remain over Bridge’s future with strong rumours indicating that City are ready to make a move for Lazio’s impressive Serbian left back Aleksandar Kolarov.

In midfield, Kolo’s brother Yaya has joined from Barcelona, and is rumoured to now be the highest paid player in the league. Dutchman Nigel De Jong had a solid first full season in the Premiership and put in some superb individual performances with the home clash against Chelsea a particular fans’ favourite. Aging Frenchman Patrick Vieira has been retained, while Gareth Barry, Kompany and Zabaleta are also well capable of filling the holding midfielder role. 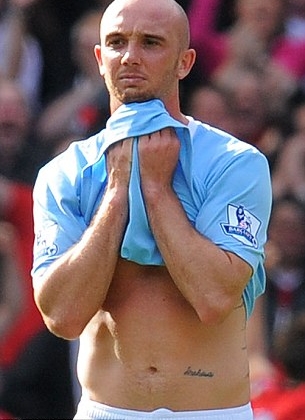 Further forward, Stephen Ireland could be on his way out having failed to recapture his blistering form of the 2008/09 season when he was voted the club’s Player of the Year. Still only 23, Ireland has plenty of time on his side, but it is clear that he doesn’t really into Mancini’s system and, as much as it would be a shame to see him leave, it would be an equal disappointment to have his undoubted talents go to waste. Another man with a big year ahead in terms of his career is Michael Johnson. Labelled, somewhat unfairly, the ‘New Colin Bell’ in some quarters, ‘Jonno’ has been blighted by injuries over the past three seasons. Having recovered from serious abdominal issues, he began to find his feet again last season before a horribly unfortunate cruciate ligament injury meant more extended time on the sidelines. Thankfully his rehabilitation is coming along well and every City fan has their fingers crossed for him as he has the potential to be one of the standout midfielders in the league.

There are countless options up front, and while Carlos Tevez and Emmanuel Adebayor are the obvious choices, the likes of Roque Santa Cruz, Jo, Felipe Caicedo and Craig Bellamy all cost a pretty penny. Bellamy is the most likely to feature after a great season last year, and he will find himself competing with Adam Johnson, Shaun Wright-Phillips and , of course, David Silva for the wide berths. All of this comes before even mentioning Robinho who has been on loan at Santos in his native Brazil. The former Real Madrid man had an excellent World Cup, and gave a timely reminder of his undoubted talents. It’s unlikely that he will remain at City for much longer, though he will always be remembered as the signing that really made the football world sit up  and take note of the blue half of Manchester.

With so many big names you often find yourself forgetting about the home grown talent still coming through the club in abundance. Last year Dedryck Boyata, Greg Cunningham and Abdisalam Ibrahim all made appearances in the first team and gave a good account of themselves. Vladimir Weiss picked up some important experience while out on loan at Bolton Wanderers, while Shaleum Logan also has Premier League experience with City.

The problem with having so many hugely talented players is that they all will want to play, but there are only eleven starting positions. Will Yaya Toure be happy to, for want of a better cliche, warm the bench on a cold Tuesday night in the middle of December? I’m sure his weekly cheque for over £200,000 will soften the blow.

It will be interesting to see how Roberto Mancini handles the big decisions….if he’s around for long enough.