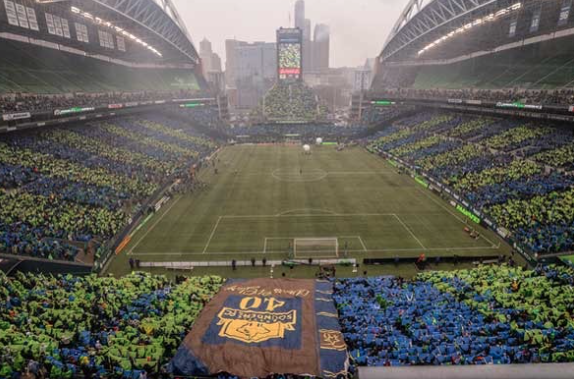 Football associations and leagues are a fickle lot. While one would expect these two groups to be able to share and play nicely, they often act like spoiled children who are unwilling to share their toys in the sandbox.

As another international window opens up and Major League Soccer nears its playoff push, we are once again stuck with this awkward dynamic between what players will be excused to leave for international duty and who will be asked to stay. It is a debate that never brings out the best of emotions in people and dusts off the always exciting “club versus country” debate.

While many a column have been used to discussed the broad strokes of this argument, particularly in England, it has very rarely been done in Major League Soccer. Throughout its history, MLS has largely been connected at the hip of US Soccer, and to a lesser extent the Canadian Soccer Association. Due to the game’s lack of popularity here for many years, it was very much an “All for One and One for All” mentality. If the US Men’s National Team were doing well that means that MLS is doing well.

To a certain extent, this notion was true. When you look at the original founders of MLS – Phillip Anschutz, Lamar Hunt, Robert Kraft – are largely the same people who helped bring the 1994 World Cup to the United States and have played a direct or indirect role in US Soccer for decades. This centralisation of power within both branches helped lead soccer as a sport through the ‘dark ages’ and to the relative success that it has seen over the past twenty years.

But as we have seen over the past year, with outside partners like Manchester City purchasing an MLS expansion team and the US Men’s National Team relying on players from Europe, there is a bit of a split going on between the two parties. No longer are these two entities dating, it is starting to feel more like an open relationship.

What caused the rift? It seems to have started with the appointment of US Men’s National Team coach Jurgen Klinsmann. Klinsmann has been very critical of North America’s top flight domestic league – in particular the player’s fitness levels, their schedule, and the level of play in the league. The retired German international further angered the MLS supporters by reportedly selecting a player from the NASL, Minnesota United midfielder Miguel Ibarra, for the National Team’s next two friendlies.

The fact that Klinsmann has had a bad relationship with one of the league’s greatest players, Los Angeles Galaxy midfielder Landon Donovan, probably does not help. Donovan being left off of the Klinsmann’s 23-man roster for the World Cup still angers many supporters although it did allow TV viewers to watch still annoyed Donovan to make his TV network debut during Brazil.

Aside from the Donovan debate which has no real solution, there are some valid points to Klinsmann’s claims. That MLS continues to play matches during the FIFA friendly dates is a disaster. Any opportunity to show their players playing for different national teams should be immediately seized upon as it shows how far the league has come at procuring and developing talent for the international game.

Players like Robbie Keane of the Los Angeles Galaxy or Joao Plata of Real Salt Lake should always be encouraged to go to Ireland or Ecuador and play for their respective national team. League matches are important but for a league that starts its season in March and ends in December there are ample opportunities to make up these games.

The quality of play question is also interesting because the assumption is that in order for Major League Soccer to succeed it needs to develop quality American and Canadian players. But MLS is an international league whose interests should be to develop and procure the best players, not just the best American or Canadian players.

Would having a league solely made up of American and Canadian players, with a smattering of international players, be better than a league consisting of numerous international players? It is an interesting question. Nonetheless, MLS is not the league of the US Men’s National Team, it is the top-flight club division for North America. That is a very important distinction.

By the same token, MLS cannot expect US Soccer to select the best eleven American players in MLS for every international competition. Klinsmann’s job is simple: to recruit, train, and field the best possible given all of his resources available. MLS supporters (and sometimes journalists) still have difficulty grasping where the league stands on the broad spectrum of international football. Despite the significant advances that the league has made in twenty years, it is still far behind the elite European teams and the top echelon clubs.

That isn’t a bad thing; clubs like Real Madrid and Bayern Munich have budgets that are ten times larger than some MLS teams and have been in business for over a hundred years. So if players are playing in the Bundesliga or even leagues like the English League Championship or Liga MX they certainly merit being looked at.

So where does this relationship between US Soccer and MLS go from here? While the differences between the league and the national team may scare some, it is par for the course in international soccer. Even countries where there are close ties with the club system have differences of opinion. That doesn’t mean the two sides can’t come together on projects because each party does have mutually beneficial goals. The German FA and the Bundesliga have shown that there are projects such as youth development that both sides can work on to benefit all.

In the end, it is a sign of how far things have come for both domestic and international football in the United States. No longer do the two parties need each other for survival. Rather, things have come to a point where the two can coexist in the same environment, and at times collaborate but at others work towards individual goals. If only all breakups were this simple.