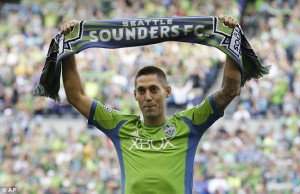 For over a decade MLS has had to deal with being unfairly branded as a ‘Retirement Home’ for the game’s fading stars. For years the league has had to constantly battle that stigma and have always looked to respond. MLS couldn’t have made a bigger statement than to bring USA Captain Clint Dempsey back home where he will now don the rave green shirt of Seattle Sounders. As Sports Illustrated Writer Grant Wahl revealed, the league paid a staggering $3 million of the overall $9 million transfer fee it took to bring Dempsey back to the league where he began. That $3million is three team’s salary caps combined. The transfer couldn’t more clearly display MLS’ desire to be one of the world’s top leagues by 2022 as targeted by commissioner Don Garber.

Although the Dempsey deal is the biggest stand-out transfer to MLS this summer, there have been a number of notable signings elsewhere, including USMNT’ers returning as well as three significant designated player signings being concluded. High hopes will be placed on Chicago Fire’s new acquisition Juan Anangonó from El Nacional, looking to develop into a more complete player after a season long loan at Argentinos Juniors. In Montreal, holding midfielder Hernan Bernardello, most widely renowned for his time at Almería, will look to assert his tough tackling, authoritative approach in a side which can occasionally lack grit. In Portland the management staff were able to secure the signature of Diego Valeri on a permanent basis from Argentine Primera side Lanús (who are managed by MLS legend Guillermo Barros Schelotto) after his stand-out performances throughout the season so far. These signings are all well and good, but what is it that makes any of the designated signings more prominent than those of yesteryear? The answer is simple, they are all well under 30. Valeri and Bernardello are both 27 while Anangonó is aged just 24. 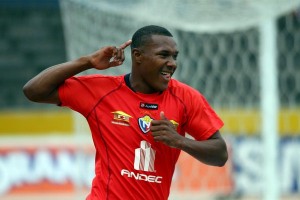 Former US players have also made their return. Clarence Goodson, the 31 year old, capped 42 times for USA is back with San Jose Earthquakes while veteran Carlos Bocanegra (110 caps) also being allocated to Chivas USA. With the exception of Bocanegra, all are playing in the prime of their careers or about to enter it.

Goodson, Bocanegra and Dempsey all stated in opening press conferences about how far the league has progressed both in terms of level of play as well as attendances since they departed for Europe, Dempsey only had good words to say about how he relishes the opportunity to play in front of crowds of 40,000+ on a weekly basis. New foreign talent from South/Central America is also helping in bolstering the level of play as well as branching more towards Latino Soccer fans. The type of signings being made can only help inspire the younger players breaking through in MLS e.g. Diego Fagundez, Darlington Nagbe etc. to continue their careers in the league and not have to move to Europe to seek further progression. 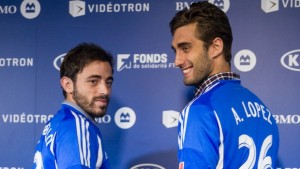 MLS should be given credit. It was revealed only a couple of weeks ago of how the league has ‘retention funds’ which each club has access to in order to keep hold of their ‘core players’ before their contracts expire, therefore preventing members of the league’s elite from being snatched by foreign clubs. Examples of players retained include Graham Zusi, Dax McCarty and Chris Pontius. It seems obvious that for MLS to continue to grow it needs to retain it’s best players in order to increase playing standards, therefore attract more Dempseys and Valeris to commit to the league. With the relatively quick influx of foreign talent coming in this Summer transfer Window, it looks as though the retention funds do their job – to keep playing standards as high as possible which subsequently results in more players wishing to be a part of MLS.

What is also even more exciting is MLS’ increasing financial muscle. It is not just New York Red Bulls and LA Galaxy who have the power to pull in star players but now we see the emergence of Toronto FC and Seattle Sounders willing to making huge investments in players (although Toronto are yet to show it) with Montreal Impact creeping up behind. MLS has also added to that commitment, their decision to fund the Clint Dempsey deal may have caused a few enemies but not so if what was said in 2012 being true about the league funding a war chest to bring four or five foreign stars to the league with the ambition to eventually rise to at least one per team. The Dempsey deal could also mean a potential increase in competition between club owners to attempt to entice better players.

Speculation aside, what is for certain is that MLS’ summer of spending looks to have been an enormous success. The playing standard will undoubtedly be risen due to a higher calibre of foreign imports than in the past while the Clint Dempsey signing was probably the biggest coup since David Beckham. MLS and it’s clubs are continually looking at ways to improve the product on the pitch, making that 2022 target look more and more tangible by the day.