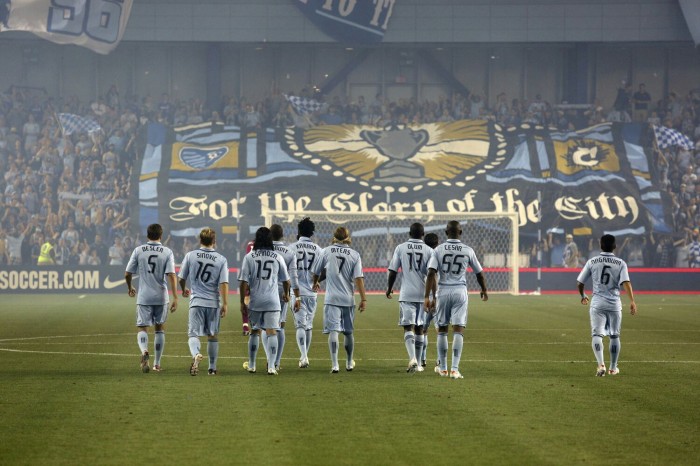 When you think about America one of the first things that pops into your head is Hollywood.

USA is known worldwide for it’s home for blockbuster films spanning generations upon generations, films that live with you in your memories forever. What you don’t necessarily think of in the first instance is Major League Soccer. The league that just keeps growing but has not yet staked it’s claim to be the number one most watched sport in the country.

The constant battle for MLS to form national television broadcasting deals is continually ongoing. So, what is that Major League Soccer could do from a marketing perspective to grab the attention of the whole country, whilst at the same time generating further exposure to the league and it’s respective clubs plus help in bolstering their chances of securing National TV deals? It’s something they’re already doing, but not placing nearly enough emphasis on it.

In recent months, those who closely follow the league and/or regularly visit the MLS official website will see a growing trend. A trend whereby there is a gradual increase in a number of videos across the internet of parts of MLS matches being filmed in a cinematic fashion. Those determined about growing their domestic league have been slowly assembling truly awesome videos – filmed with the best cameras imaginable and showcasing some of the best characteristics of American soccer. The passion of the fans such as those of Montreal Impact and Seattle Sounders are captured immensely well whilst super slow motion clips highlights the technique and the beauty of a ball simply being kicked. Then behind it all you have got great music in the background which makes you feel every moment of the game. The joy, the ecstasy, the heartache. Such videos immerse you into the world of Major League Soccer

Why is it then that such well developed works of art are not known by most of you reading this article? The answer is simple, not anywhere near enough exposure. Take for example, the Seattle Sounders ‘American Football’ Trailer (linked below). The documentary is currently being produced by an independent, Seattle – based film company named LEVY Films who, judging by this particular trailer, have created some of the greatest footage of MLS that has ever been seen. However, without the support of the league it is unlikely that they will have the financial and marketing muscle to get the documentary exposed globally. Another example is the short video of the Cascadia Cup match between Seattle once more and Portland Timbers. Although the league in this case has used the video on it’s website and YouTube page, it is not at the forefront of MLS’ marketing campaign. The meagre 11,000+ views is clear evidence of a genuine lack of exposure for a video which so much time and effort has gone into producing.

It would be extremely unfair to say that because of this MLS has a poor marketing team behind them because that is simply untrue. There is no other league around the world (except perhaps the Premier League) which gives you so much access to the goings on in and around all 19 teams as well as behind the scenes. Extended highlights are posted up of every game each and every week whilst feature such as ‘The Kick Off’ and ‘The Daily’ (to name a few) on the official website gives great insight and further information about the league. The MLS is actually a leader in using digital marketing to their best advantage. Furthermore, if you live in North America you can even subscribe to ‘MLS Live’ which stream every single league match online for a yearly fee. Even the classic, ignorant fan can find out about the league’s 17 year history with a few clicks on the mouse button.

AMERICAN FOOTBALL, the trailer from LEVYfilms on Vimeo.

However, having said this MLS needs to play to it’s strengths. There is untapped potential within combining the use of film and football and would act as a truly unique selling point to the neutral fan. The use of film can help in creating an emotional bond between a fan and a club and is an excellent way in increasing both attendances in grounds and television viewing figures. It is just an idea but if Major League Soccer did choose to put the use of cinematography at the forefront of it’s marketing campaign, then the league would undoubtedly reap the rewards. Who knows? A blockbuster film starring Landon Donovan, Thierry Henry and Co. could be closer than we know.

One thought on “MLS and film – a potential new marketing ploy?”