Former Barcelona goalkeeper Victor Valdes has joined Middlesbrough ahead of the club’s first season back in the Premier League.

The 34-year-old played more than 500 times for the Catalan giants and won La Liga five times, as well as three Champions League titles.

A cruciate knee ligament injury sustained in March 2014 ultimately ended his career at the Nou Camp, and also ruled Valdes out of the 2014 World Cup.

In October 2014, Valdes began training with Manchester United and he was eventually offered a contract with the club by Louis van Gaal.

However, the relationship turned sour and the Spaniard played just twice for United before being loaned out to Belgian side Standard Liege in January of this year.

He was released by United at the end of his contract and now joins Boro who are managed by his compatriot Aitor Karanka.

You can’t imagine how delighted I am because it’s not usual to bring players like him to recently promoted teams.

I’m really pleased because he is really committed. All the the conversations we’ve had he knows why he is here and he is coming to add to what we have.

Valdes has penned a two-year contract at the Riverside Stadium, and his signing comes in the week that Dutchman Marten de Roon joined from Serie A side Atalanta. 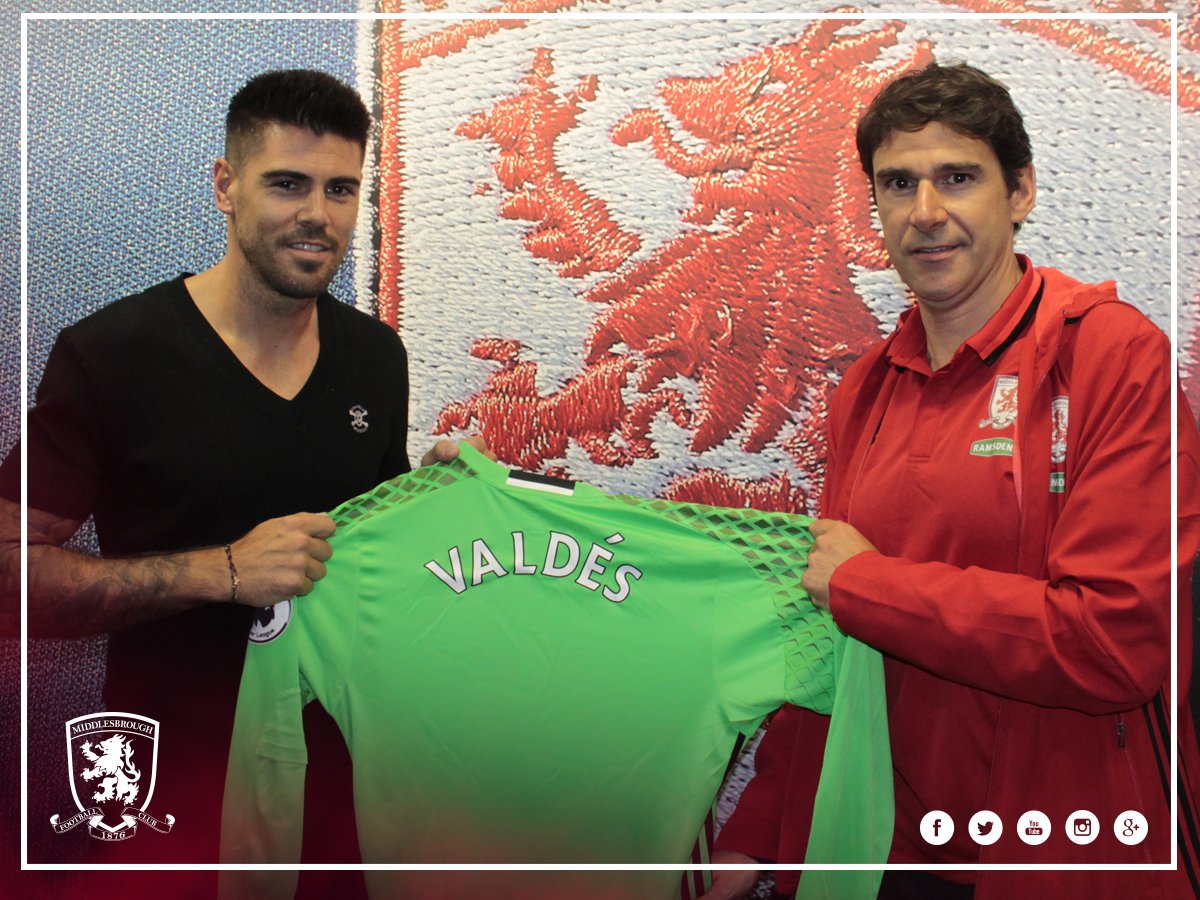